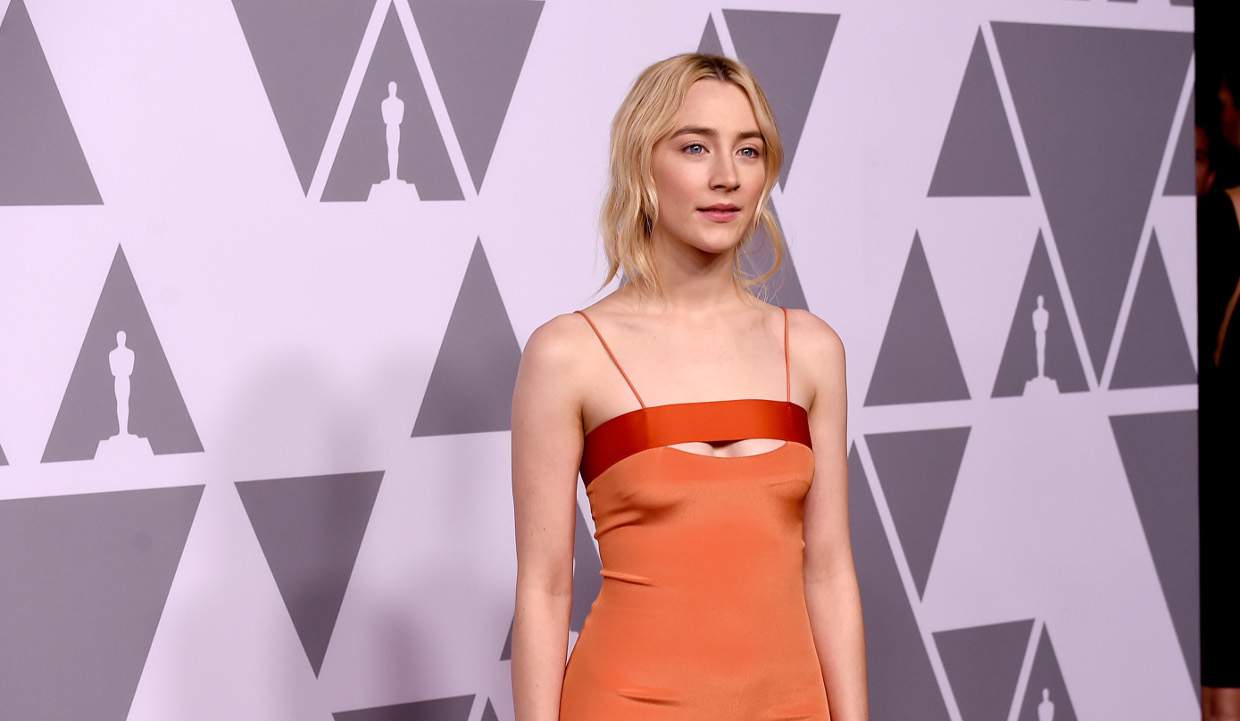 Saoirse Ronan has been making waves with some incredible performances. She is a nominee for Best  Actress at the 2018 Oscars, with her film Lady Bird tipped to win big! With her growing success, the spotlight is also on Saoirse Ronan’s relationship status. Who is the actress dating? Saoirse Ronan’s boyfriend is Calum Lowden, and we have everything you need to know about him right here.

Trying to pronounce Saoirse Ronan’s name may be a fascinating experience (it’s Sur-sha), but this young actress’ boyfriend is pretty interesting, too!

Ronan is reportedly dating ballet dancer Calum Lowden, after the two were introduced by mutual friends. They were spotted together at the 2018 BAFTAs in London.

Just like the young boy with a love for dancing from the film Billy Elliot, Calum Lowden has a similar story.

Growing up in Oxton, Scotland, he developed a passion for ballet at a young age. As a five-year-old, he fell in love with dance after watching Michael Flatley in Riverdance, a traditional Irish music and dance show.

Lowden enjoyed playing soccer and rugby, but ballet soon became his biggest love. He studied at the English National Ballet School and The Royal Ballet School in London.

He began performing with the Royal Swedish Ballet in 2011 and quickly became one of their most popular ballet dancers. He became the second soloist in 2014 and was then given the prestigious first soloist in 2016.

With the Royal Swedish Ballet, Calum Lowden’s ballet performances include roles in productions like Alice in Wonderland, The Nutcracker, Onegin, and more.

In 2010, he was a John Marshall Award finalist for the title of Young British Dancer of the Year.

Fame Runs in the Family

Calum Lowden’s family are no strangers to showbiz. His older brother, Jack is a talented actor who appeared in the 2017 critically acclaimed film, Dunkirk.

Jack Lowden also took ballet classes as a young boy but found that he enjoyed acting more. He will soon be seen alongside Ronan in the film Mary Queen of Scots, which is currently in post-production.

Calum Lowden’s Instagram account is private, but we found this picture of the two brothers at the BAFTAs on a fan page!

The news of Ronan’s relationship with Lowden has come as a surprise to many fans.

A few weeks ago, the Oscar-nominated actress had divulged her reluctance to get into a relationship on The Ellen DeGeneres Show saying, “I don’t date. I’m not into the whole, ‘Let’s go out for dinner.’ I don’t even know how to talk about it.”

It looks like Ronan spoke too soon, as she might have found love as the couple was spotted together at the BAFTAs in February!

A source told The Sun that there was definitely a “spark” between the two at the ceremony, where Ronan was nominated in the Best Actress category.

“Saoirse didn’t win [Best Actress] on the night, but couldn’t have looked happier. They looked like things are going great between them. It’s early days, and they have been keeping things low-key, but there was no mistaking the spark between them,” the source said.

With the Oscars firmly in Ronan’s sight and Lowden’s incredible accomplishments as a ballet dancer, there’s nothing stopping this power couple, and we couldn’t be happier for them!