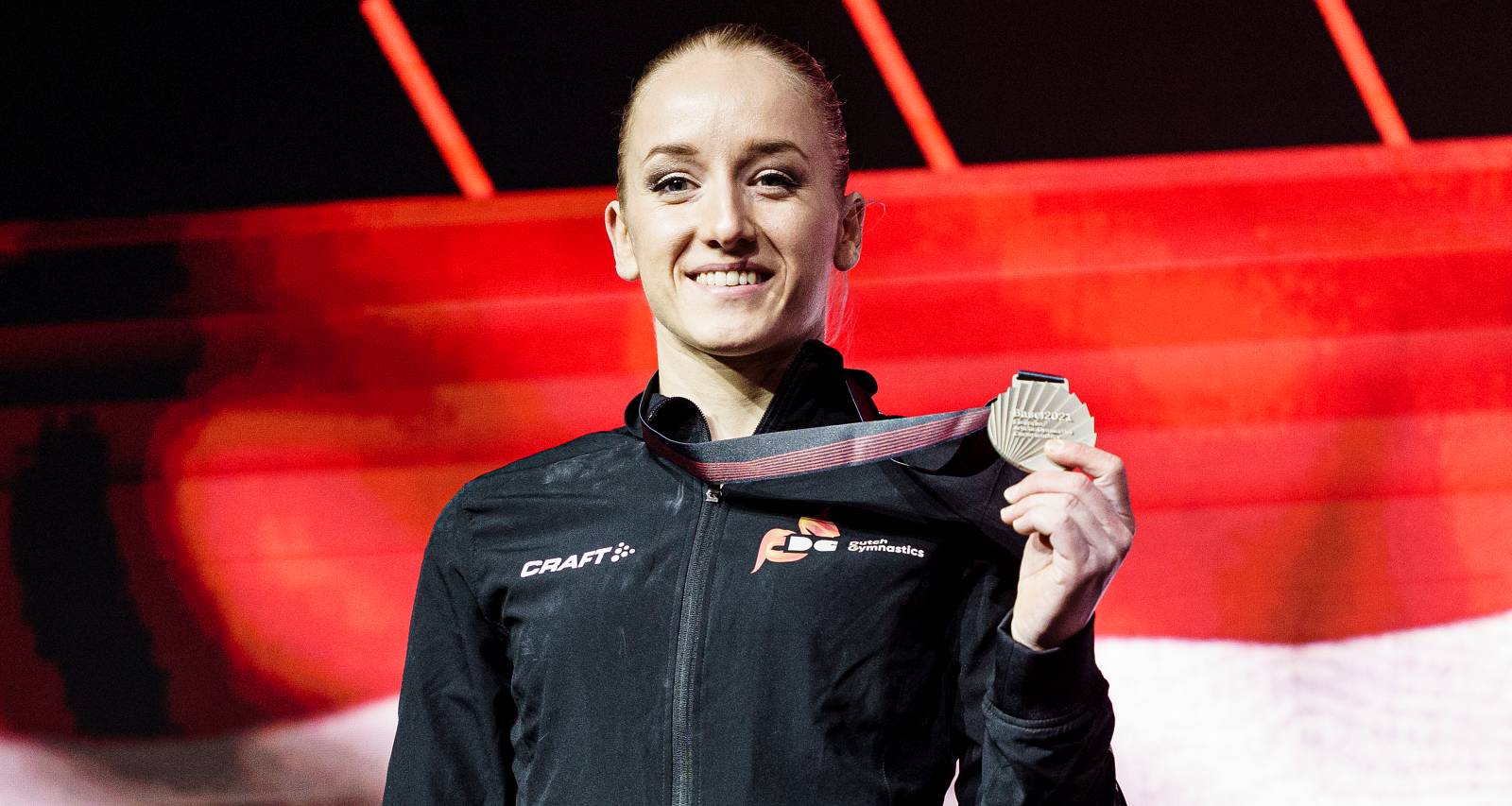 Sanne Wevers of Netherlands poses for photos with her silver medal during the Women's Artistic Gymnastics Apparatus Final at St. Jakobshalle on April 25, 2021 in Basel, Switzerland. (Photo by Eurasia Sport Images/Getty Images)

The gymnastics events at the 2016 Rio Olympics have captured everyone’s attention this year, even more so than usual. Team U.S.A, in particular, has achieved phenomenal success, thanks to gymnastics prodigies like Simone Biles. In recent news, Sanne Wevers from The Netherlands, surprised spectators, when she bagged the Olympic gold medal in the individual balance beam competition. For eager gymnastics fans who are Googling terms like, “Sanne Wevers wiki,” “5 facts to know about Sanne Wevers,” and “nationality Rio Olympics 2016,” you’ve come to the right place, and we’ll tell you everything you want to know about the Dutch gymnast.

Here are five facts to know about the 24-year-old star gymnast, Sanne Wevers:

#5 She Has a Twin Sister

Sanne has a fraternal twin named Lieke, who is also a gymnast. The gymnast siblings make quite the power duo, as they both competed together at the 2016 Rio Olympics. Born in Leeuwarden in The Netherlands, both sisters are part of the Dutch national gymnastics team. Lieke participated in the individual all-around, and the twins competed from The Netherlands in the team all-around. We can’t even begin to fathom how proud their parents must be, of their superstar daughters!

#4 Her Father is Her Coach

The twins’ father, Vincent coaches both his daughters. He has been training gymnasts since 1985, and has been coaching his own children for the last six years. Both the sisters prefer to workout in their home gym, rather than train with the national team. In an interview, Sanne and Lieke told reporters that, “We only train together with the national team in preparation for the major competitions. Also, we have a few meetings/camps a year with Dutch selection team.” Way to go, girls!

#3 She Has a Move Named After Her

After Russia’s Aliya Mustafina and U.S.A’s Simone Biles had their signature gymnastics moves named after them, Sanne Wevers followed suit, and had the Wevers named after her trademark routine. Her unique balance beam routine consists of standing on the beam, and taking a double turn with her leg in the horizontal position. The graceful gymnast previously won the silver in balance beam at the 2015 World Championships, and the bronze in uneven bars at the European Championships.

Sanne not only made her parents and countrymen proud, but she also made history when she became the first Dutch woman to bag an individual medal of any kind; gold, bronze or silver. Despite making their mark in various Olympic events, The Netherlands have only won three medals in artistic gymnastics in the history of the Olympics; their last gold medal was in 1928!

#1 She Beat Team U.S.A Favorites and Bagged the Gold

Sanne stunned the audiences in the Olympics grandstands, when she overtook Team U.S.A favorites 19-year-old Simone Biles and 16-year-old Laurie Hernandez, to grab the well-deserved gold medal. All eyes were on Biles to walk away with the gold, and add to her treasure trove of medals at the 2016 Rio Olympics, but unfortunately, she lost her balance and committed a fatal flaw that cost her the first place. As they say, one person’s loss is another person’s gain, and Sanne lurched forward to score a 15.466 in her final routine. Wevers was shocked by her unexpected win and called beating Biles “really weird.”