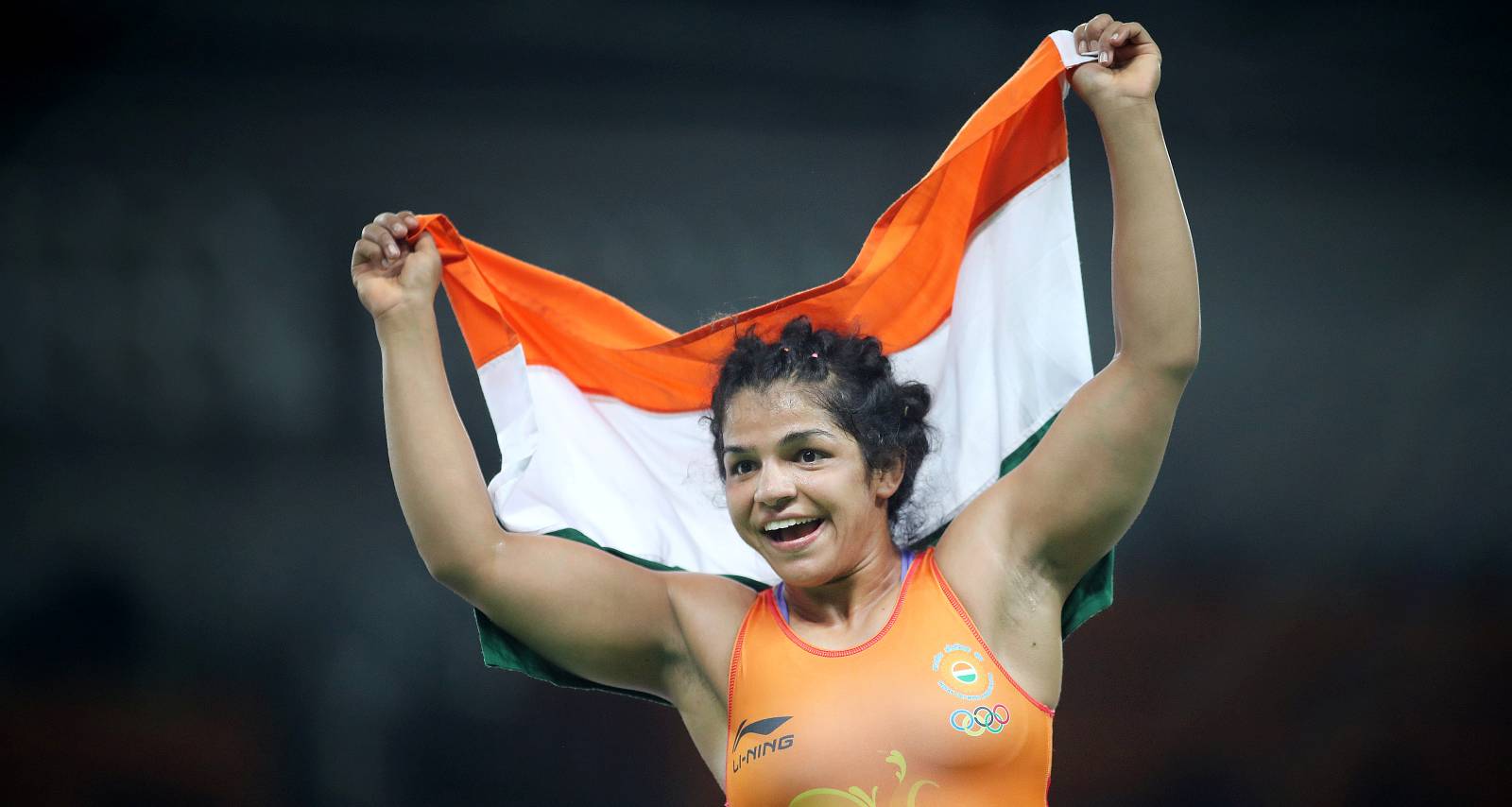 Sakshi Malik has done the impossible. She has won India’s first ever medal in women’s wrestling and made her country proud. She won the bronze medal in the 58 kg category at the 2016 Rio Olympics. This is not the first time that Malik has won laurels for India. She has done it at several other top tournaments as well. Don’t believe us? Just read Sakshi Malik’s wiki page on the net. However a medal at the Olympics is something else. Winning a medal by beating the best wrestlers in the world at the planet’s biggest sporting event is the highest achievement for a sports person. Malik has done this precisely.

Sakshi Malik’s parents come from Haryana, a state in India. Basically an agricultural state, wrestling is a much loved sport here. Malik was born on September 3, 1992 in a village in Rohtak district. Her father Sukhbir Malik is a government employee while her mother Sudesh is an employee with the Delhi Transport Corporation. Her parents never regretted her being a girl which is at odds in a state that actively discriminates against women. Malik joined an ‘akhara’ at the age of 12. ‘Akhara’ means a training hall which offers it’s students facilities for boarding, lodging and training. Wrestlers enroll into akharas where they learn the art of wrestling from their teacher. For Sakshi Malik age was no bar to learn wrestling which traditionally has been a sport for males in India.

It was not easy for Malik to train and perform as a wrestler in Rohtak. Both she and her coach faced strong opposition from the locals who opposed them for taking up a sport that was ‘not for girls.’ However Malik’s parents encouraged her and that gave Malik the inspiration to train hard and put all her energies into wrestling. Results came early. In 2010, Malik won a bronze medal in the 58 kg freestyle event at the World Junior Championships. She won a silver medal at the 2014 Commonwealth Games in Glasgow and a bronze medal at the 2015 Asian Wrestling Championships at Doha.

When Malik qualified for the 2016 Rio Olympics, most people had not heard about her. However now the entire country is celebrating her stupendous achievement. However nobody is celebrating more than her parents who can’t believe that their daughter has won a medal against incredible odds. The family is celebrating with music, dance and fireworks as news of her victory has gone viral. Her father is speechless and at a loss for words and her mother is very happy that Malik has ended India’s otherwise dismal performance.

Now prizes and prize money is raining down on Malik. The Indian government and other bodies have announced cash awards for Malik to honor her achievement. People are asking what is Sakshi Malik’s age? It is just 23 and she has many years of active wrestling in her yet. She has just got started in her winning ways. In a country crazy after cricket, it is very difficult to pursue any other sport. Neither the citizens nor the government pays much attention to other sports. However all this could change because of Malik. As it often happens, a single sportsperson by his individual achievements can inspire an entire generation to take up that sport. It has happened in tennis and badminton in India. Maybe it will now happen in women’s wrestling. After all, hope flows eternal.