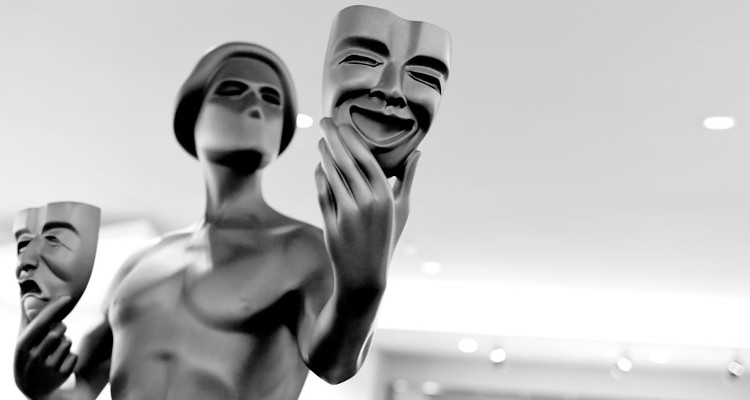 It’s time for the Screen Actors Guild Awards on Sunday, January 21, where actors will celebrate other actors. The SAG Awards will determine the Oscar frontrunners for this year. So it’s a big deal to win. Check out our SAG Awards 2018 predictions on who will win.

Awards season is here to forecast the frontrunners for the Oscars. Along with the Golden Globes and Critics Choice Awards, the SAG Awards 2018 will determine clear winners at the Academy Awards.

The lovely Kristen Bell will be the SAG Awards 2018 host. And, we can look forward to an all-female lineup of presenters on this night. But nothing is more exciting than actors celebrating actors.

So, who should win at the SAG Awards 2018? We’re predicting the winners and upsets of the night right here.

Outstanding Performance by a Male Actor in a Leading Role

It’s hard to pass up the legendary Gary Oldman who puts the “outstanding” in the category title with his portrayal of Winston Churchill in Darkest Hour. After winning a Golden Globe for the same role, Oldman might not take a SAG Award home.

Timothée Chalamet for Call Me by Your Name could upset his winning streak on this night.

Outstanding Performance by a Female Actor in a Leading Role

This is the toughest category to choose from this year.

Margot Robbie (I, Tonya), Sally Hawkins (The Shape of Water), or Frances McDormand (Three Billboards Outside Ebbing, Missouri) could win. And, we wouldn’t be disappointed in any case.

This was me training on the ice, exactly one year ago – now we’re in cinemas nationwide ?⛸ #itonya

Outstanding Performance by a Male Actor in a Supporting Role

Three Billboards is on a roll and sweeping up awards this season. Woody Harrelson would be the most likely choice, but Sam Rockwell would be the upset, if we had our way.

However, fellow actors are more likely to pick Willem Dafoe (The Florida Project), and that doesn’t sound too bad either.

Outstanding Performance by a Female Actor in a Supporting Role

Allison Janney (I, Tonya) looks like a frontrunner given all the love she gets from the TV side. But if we were to pick the best on-screen portrayal of screen moms, we’re going to go with Laurie Metcalf (Lady Bird).

Outstanding Performance by a Cast in a Motion Picture

It’s hard to decide between outstanding ensemble performances in movies like Get Out and Lady Bird. But with Frances McDormand, Woody Harrelson, and Peter Dinklage sharing screen-space, Three Billboards is not just the clear winner here, but it could win big at the Oscars, too.

Outstanding Performance by a Stunt Ensemble in a Motion Picture

It’s a heavy lineup in this category. Particularly when Dunkirk is in the running for a Best Picture nomination at the Oscars.

If there is an upset, Baby Driver or Wonder Woman would be it.

It’s a nail-biter between Robert De Niro (The Wizard of Lies) and Alexander Skarsgård (Big Little Lies). Either one could be the winner or the upset in this category.

With such an A-List category, there’s absolutely no way of predicting who’d win. Whether it be the ladies of Big Little Lies—Nicole Kidman, Laura Dern, or Reese Witherspoon—or award-winning veterans like Susan Sarandon and Jessica Lange, our money is on everyone.

Outstanding Performance by a Male Actor in a Drama Series

Sterling K. Brown missed this category last year, but he’s up again for This Is Us. And it just might be his year. That is, if Peter Dinklage (Game of Thrones) doesn’t swoop in and take the win.

Can you tell we’re happy to be here? ? #GoldenGlobes #ThisIsUs

Outstanding Performance by a Female Actor in a Drama Series

The Queen’s Clair Foy could be dethroned by handmaid Elizabeth Moss (The Handmaid’s Tale). But we can’t look past young starlet Millie Bobby Brown (Stranger Things) and her acting prowess.

Outstanding Performance by a Male Actor in a Comedy Series

William H. Macy (Shameless) doesn’t get tired of adding SAG Awards on his mantle. But he might have to watch out for the returning champ, Sean Hayes (Will & Grace), who reigned this category during his show’s original run.

Outstanding Performance by a Female Actor in a Comedy Series

The odds of winning are favorable for both Uzo Aduba (Orange Is the New Black) and Julia Louis-Dreyfus (Veep). But with Veep’s final season around the corner and Louis-Dreyfus’ entertaining charm, her peers are likely to vote for her this year.

Outstanding Performance by an Ensemble in a Drama Series

Now, this is a tough one—Stranger Things, This Is Us, Game of Thrones, The Crown, The Handmaid’s Tale—just give them all the award!

Outstanding Performance by an Ensemble in a Comedy Series

If Orange Is the New Black ceases its reign over this category, it could be succeeded by Black-ish or GLOW.

Outstanding Performance by a Stunt Ensemble in a Television Series

Nothing has come close to defeating Game of Thrones in this category. And with two spectacular battle scenes in the latest season, GOT is the clear winner.

The Walking Dead could be an upset but highly unlikely to win.