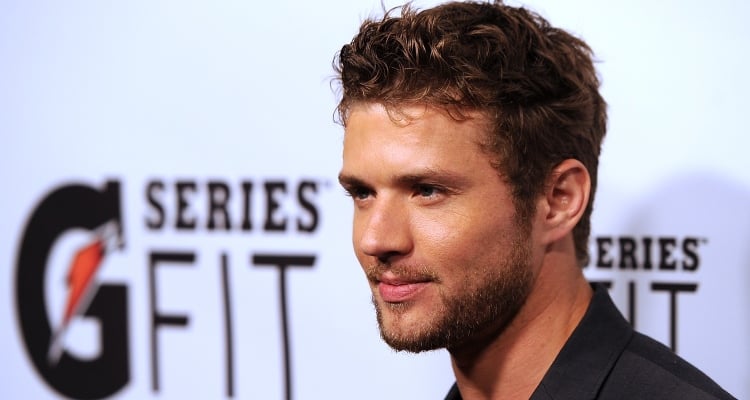 Ryan Phillippe’s new show, Shooter, will bring a new face to Mark Wahlberg’s 2007 character. Phillippe expressed his commitment to the show by explaining what he loves about doing his own stunts! Here’s what you need to know about the show’s premiere and the new man behind Bob Lee Swagger.

If you enjoyed the original 2007 film Shooter, then you’ll be thrilled to hear that the action is moving from the big screen to your living room! Ryan Phillippe’s new show, Shooter, is the upcoming American television drama series based on the novel, Point of Impact, which was then made into the 2007 box office hit Shooter, starring Mark Wahlberg. The show’s premiere was set back twice (since July) due to actual shootings in Dallas and Baton Rouge, but it is finally set to air its premiere season 1 episode tonight! To learn more about the Shooter star actor, keep reading our Ryan Phillippe wiki!

Ryan Phillippe was thrilled for his role as Shooter’s Bob Lee Swagger! The 42-year-old actor from New Castle, Delaware performed his own stunts in the conspiracy thriller series, including a flying leap off a fourth-floor balcony, according to The New York Times. But the stunt wasn’t to make himself look cooler amongst the ranks of celebrities. “Television has gotten so good, and audiences savvier, and they’re looking for that switch shot where it’s clearly not you. I thought if we’ve got this guy where it’s him against the world, I wanted them to see me get a little beat up,” explain Phillippe. The show airs on the USA network on Tuesday nights and Phillippe will be playing the role of an ex-Marine sniper lured back into action after being framed for murder by his former commanding officer (Omar Epps).

In the interview with The New York Times, Phillippe shared why Mark Wahlberg (who is an executive producer on the show) approved him for the role: “I love this character, and you’re my first choice.” Phillippe said he was flattered by the comments! It took a lot of work to get into his role, even learning how to shoot a sniper rifle. “There’s something Zen and meditative about the head space a sniper needs to get into in order to hit a shot a distance of a half mile or more. The breathing is absolutely essential. You have to gently pull the trigger at the very bottom of your exhale because even your heartbeat can throw off the accuracy of the shot at that distance,” he explained.

He Has Three Children

If you’re wondering who are Ryan Phillippe’s children, the actor has three: Ryan Phillippe’s daughters include Ava Elizabeth and Deacon Reese from his first marriage, and Kailani Merizalde from his relationship with Alexis Knapp. Ryan Phillipe’s ex wife is Legally Blonde’s Reese Witherspoon, whom he married in June 1999. At her 21th birthday party in 1997 she told him, “I think you’re my birthday present,” eventually leading to their romantic dating relationship! The couple have two children together and were a happy Hollywood family, until “irreconcilable differences” led to their divorce in June 2008. The couple have joint custody over their children. Phillippe’s third child, Kailani, was born July 1, 2011. He began dating Pitch Perfect actress, Alexis Knapp in the summer of 2010 but they split up in September. When Knapp discovered she was pregnant with their child, Phillippe attended the birth, but the couple never rekindled their relationship. Ryan Phillippe’s girlfriend as of 2011 was reported to be a law student named Paulina Slagter and in January, a friend of the couple told People they are “madly in love.”

My Sh'pooples had her 1st day of Kindergarten today… ?❤️??? It was wondrous & she loved it completely thank youuu God! Feels like she's ripped out of mi nest… Wowsers. Better not ask for her own place next week. Damn kids & all their hasty changinz! Must keep up. #stopgrowingforalittlewhileifyoudontmindmylove ❤️❤️❤️❤️❤️ #kindercongrats!!!

Ryan Phillippe’s net worth is currently $32.0 million but if all goes well with his role in Shooter, that number is expected to rise.