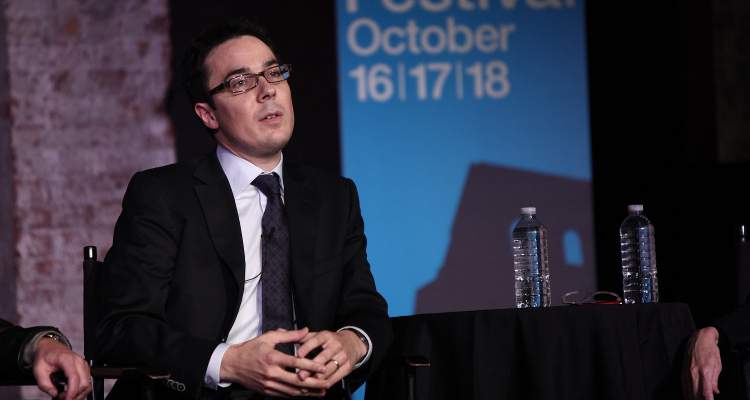 After being accused of “improper sexual conduct,” Ryan Lizza, an on-air correspondent for CNN and The New Yorker’s Washington correspondent, has been dismissed from the publication and suspended by the channel until further investigation. Ever since the accusations flared up, many want to know about Ryan Lizza’s wife and family. So, keep reading to get the scoop on Ryan Lizza’s sexual misconduct accusations.

While Ryan Lizza may be currently single, he was once married to Christina Gillespie from 2004 to 2015. Here’s more on Ryan Lizza’s ex-wife.

Christina Gillespie is a family physician by profession. Her father, Dr. John Gillespie, of Davis, California, was a professor of population genetics at the University of California. Her mother, Dr. Ann Gillespie, was a math teacher at Marymount High School in Los Angeles. Her stepfather, Dr. Peter Herne, was the managing director of an energy fund based in Moscow called Halcyon Advisers.

Gillespie married Lizza in 2004 at the St. Regis Hotel in Washington. Lizza was a contributing editor at the New York magazine and a political correspondent for The New Republic and its White House correspondent. He has also written for other publications and covered major political stories and profiles, including Barrack Obama’s presidential campaign.

The couple first met at the University of California, Berkeley, from where they both graduated. Although Christina Gillespie’s age is not known, she was said to be 30 at the time of her wedding in 2004, which means that she’s around 43 years old now.

Back in 2004, Gillespie was practicing at a community clinic in Washington called Unity Healthcare and was also an assistant clinical professor of medicine at both George Washington University and Georgetown University. She completed her degree in medicine from Tufts and got her master’s degree in public health.

When questioned about the accusation and on being dismissed from his job, Ryan Lizza said to Politico, “The New Yorker has decided to characterize a respectful relationship with a woman I dated as somehow inappropriate. The New Yorker was unable to cite any company policy that was violated. I am sorry to my friends, workplace colleagues, and loved ones for any embarrassment this episode may have caused. I love The New Yorker, my home for the last decade, and I have the highest regard for the people who work there. But this decision, which was made hastily and without a full investigation of the relevant facts, was a terrible mistake.”

Tonight! Ryan Lizza is here. He brought something to read during the interview just in case. #thenewyorker #ryanlizza #dailyshow

The lady involved in this case has chosen to be anonymous. Wigdor, the famous attorney, who has filed multiple lawsuits involving sexual harassment, discrimination, and defamation, is representing her.

Wigdor issued a statement that read, “Although she desires to remain confidential and requests that her privacy be respected, in no way did Mr. Lizza’s misconduct constitute a ‘respectful relationship’ as he has now tried to characterize it. Our client reported Mr. Lizza’s actions to ensure that he would be held accountable and in the hope that by coming forward she would help other potential victims.”

While Ryan Lizza has been dismissed, he claims that he is innocent and the matter is not what it seems like. Having worked in the media for so long, Lizza realizes the repercussions of sexual misconduct.

Ryan Lizza out at the New Yorker: "The New Yorker recently learned that Ryan Lizza engaged in what we believe was improper sexual conduct. We have reviewed the matter and, as a result, have severed ties with Lizza. Due to a request for privacy, we are not commenting further."

While we’re not sure what the truth is just yet, everyone is waiting for Ryan Lizza’s side of the story.