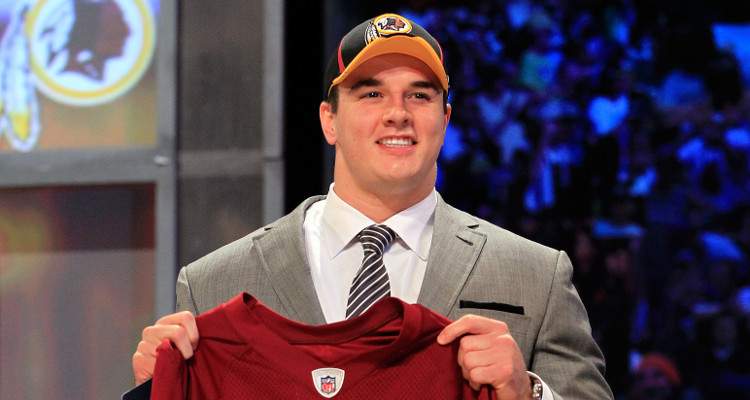 It’s already week 12 in the NFL season, and the Washington Redskins vs. New York Giants game was just too good to watch! But the Redskins gave the Giants a run for their money, with a 20-10 win and it was a big day for Redskins’ linebacker Ryan Kerrigan, with five tackles and two sacks. Kerrigan’s ever-supportive fiancée was also part of the celebration. Who is she? We’ve got the scoop on her in our Jessica Mazura wiki.

Jessica Mazura was a sporty girl all her childhood, and she even played soccer for the American Youth Soccer Organization. Mazura grew up in California and went to the University of California, Berkley, where she was a part of the women’s soccer team. She graduated from the prestigious university with a degree in sociology and education.

Mazura has been a pet lover ever since her childhood. And even today, she is crazy about having pets!

Dont be fooled…though chubby, I could run #tbt

Jessica Mazura is multi-talented, and her resume shows it! After she graduated from UC Berkeley, Mazura took up a teaching position there and at Emerson Elementary School, according to her profile on LinkedIn. After that, she took up a job as an animal care manager at Tony La Russa’s Animal Rescue Foundation for a year.

Mazura then landed a position in the operations department of the infamous sporting brand, Nike. She worked with the operations team for five years before moving on to become the head coach for the Slammers FC, a youth soccer team. But four years later, Mazura decided to take a veterinary nurse position at the Banfield Pet Hospital in Reston, Virginia.

Mazura is obsessed with animals, especially dogs, and has one of her own. He is a bulldog named Franklin and is an important part of Mazura’s life. She treats him like a family member, and rightly so, he deserves the best! Mazura loves to take him on lunch dates and she can always be seen simply goofing around with him.

Dr. Poncho taking care of his sick mother. Thanks mijo ??

Mazura prides herself on sports, and this girl can play! Soccer has always been her sport of choice, since childhood anyway, but Mazura plays golf, too. She might not be a total pro, but she loves to keep fit, and athletics is her go-to way to accomplish that.

The sporty girl is a lover of basketball, along with taking hikes and jogging. And, to add to her athletic glory, she fell for a sportsman!

Ryan Kerrigan is a quality linebacker for the Washington Redskins, who fell completely in love Jessica Mazura. The couple’s dating history is quite guarded, but according to Jessica Mazura’s Instagram, it looks like she received a sunset proposal on the beach! Beautiful!

The ring almost shines brighter than the sun itself, and now the couple is reportedly set to marry on March 3, 2018.

It's my birthday!!!! Celebrating with my favorite people ?

Roomies that play together, stay together ? #roomielove

Foreva? Foreva-eva? Foreva-eva!?! ? A dog walk at sunset turned into a decision to spend a lifetime together ❤️? #heckya #FrankAndGeorgeChasingBirdsDontCareAtAll