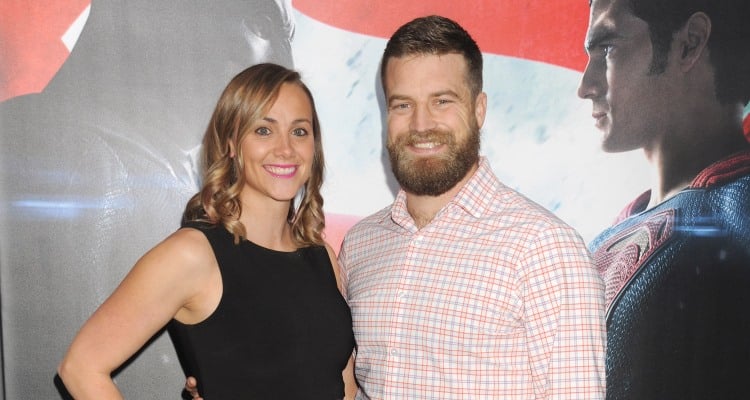 Although Fitzpatrick may be smooth on the field, he wasn’t so cool and collected when he proposed to his wife, Liza Kay Fitzpatrick (nee) Barber. When he bought the ring, he had used the money from their joint account and knew Liza would find out. Time was running out when she went to the store and tried to use the card from the joint account and realized that a lot of money had been missing. Ryan had to propose fast and luckily the ring was in the car at the time!

When they were driving home, he knew he had to figure out how to propose, in the time it took them to get from the Gap (where the card declined while they were shopping) to their house. Instead of taking a romantic walk in the cold of November, he proposed (while she had sauce on her face) after they ordered chicken McNuggets from McDonald’s! What a beautiful story—it’s now wonder why they never take their wedding rings off, even when Ryan is playing!

Not much is known about Ryan’s parents, including their names. What we do know is that they both went to Arizona State and are very proud of their son. Ryan has three siblings: Jason, Shaun, and Brandon.

Ryan isn’t the only Harvard-educated athlete in the house. His wife, Liza, who is 33, was a soccer star for all four years at Harvard. She was captain during her senior year, and like her husband, she never takes of her wedding ring. She also isn’t a fan of his preseason beard and wishes (along with his team mates) that he would shave it off. But since it took Ryan so long to grow facial hair properly, that won’t be happening anytime soon. The pair dated throughout their entire time at Harvard and were married in 2006.

Ryan and Liza have five kids together: Maizy, Zoey, Lucy, Tate, and Brady. Brady became a media sensation in 2014, when he starting doing math problems at a sports conference with his dad! No paternity test needed here: Brady has definitely inherited his father’s brain. Let’s hope he get his brawn and good looks, too!