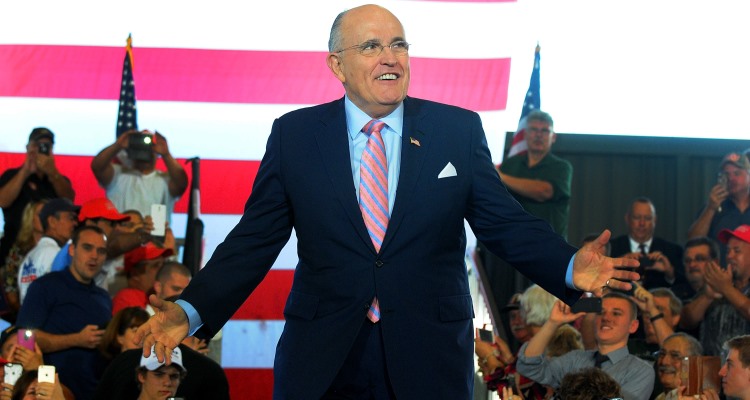 On Monday night, former New York mayor, Rudy William Louis Giuliani made his intention clear to become the next secretary of state. Giuliani, a prominent member of President-elect Donald Trump’s inner circle, shared his foreign policy ideas in an hour-long question-and-answer session in Washington, D.C. He also spoke at a dinner hosted by the Wall Street Journal, saying Trump’s priority would be to destroy ISIS and put peace with the Middle East on the back burner. As Rudy Giuliani secretary of state expectations inspire conversation over the Internet, our Rudy Giuliani wiki gives insight into the man behind the story.

How old is Rudy Giuliani? Rudy Giuliani’s age is 72. He was born May 28, 1944, in Brooklyn, New York to parents Harold Giuliani (tavern owner) and Helen Giuliani (secretary). Aside from his credentials as the former mayor of NY, he is also an American lawyer, public speaker and businessman. Giuliani was formerly a Democrat, then an Independent in the 1970s, and switched over to the Republican side in the 1980s, where he remained. Rudy Giuliani’s attorney general experience during the 1980s is also one of the things he is known for. He prosecuted huge cases including some against the American Mafia. Rudy Giuliani’s net worth, according to Celebrity Net Worth, is listed at $45.0 million.

Rudy Giuliani’s wife is currently Judith Nathan, who is his third wife. Giuliani was previously married to Regina Peruggi in 1968, but they filed for a civil divorce in 1982. Additionally, their marriage was annulled by the Roman Catholic church after Giuliani discovered they were actually second cousins! Peruggi’s brother, however, believed that Giuliani knew of their familial connection at the time of their marriage. Giuliani, who began a relationship television personality, Donna Hanover during the separation with Peruggi, married the TV personality in 1984. Hanover and Rudy Giuliani’s children include, son Andrew and daughter Caroline. These were the first of Giuliani’s children. Giuliani later met Judith Nathan, a twice-divorced pharmaceutical manager, in 1999 at a cigar bar called Club Macanudo. While still married to Hanover, he and Nathan developed an ongoing relationship that Giuliani tried to keep out of the public eye. In 2000, Giuliani raised eyebrows as he stopped wearing his wedding ring. Their relationship was inevitably outed by the New York Post, leading to Giuliani’s public decision to separate from Hanover. Additionally, Giuliani was paying Nathan $125,000 annually to help him with speechwriting. He decided to announce his decision during a press conference in May 2000, before telling Hanover. The couple finalized their divorce in October 2000, and three years later, Giuliani married Nathan on May 24, 2003, gaining a stepdaughter named Whitney.

Donald Trump shared a photo on his Instagram account, thanking Giuliani for endorsing him during his campaign. Check out the post below to see the Rudy Giuliani pics shared by Trump.

Giuliani was diagnosed with prostate cancer in April 2000, when he was 55 years old. He decided to undergo four months of neoadjuvant Lupron hormonal therapy, then had low dose-rate prostate brachytherapy in September 2000. The latter treatment involved the permanent implantation of 90 TheraSeed radioactive palladium-103 seeds into his prostate. Two months later the treatment was followed by five weeks of external beam radiotherapy and five months of adjuvant Lupron hormonal therapy. In March 2016, a report by VeryWell.com stated that he continues getting tests to check for recurrences, but he has remained disease free since his treatment.