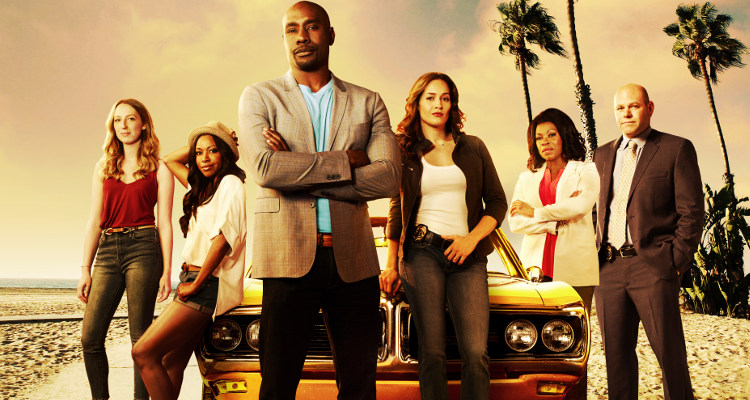 Rosewood returns to our TV screens tonight with the charismatic and sharp Dr. Beaumont Rosewood, and tough-as-nails detective, Annalise Villa. Season 2 promises all new challenging cases and a developing relationship between Rosewood and Villa, with the interference of few new characters. Fans who have been searching for more information about the Rosewood season 2 cast, your wait ends here. We have all you need to know about the new additions to the cast.

Rosewood season 2 premieres tonight, September 22 on Fox at 8:00 p.m. EST. The show first garnered high viewership by airing in the time slot prior to Fox’s other smash hit drama, Empire. Rosewood season 2 has now been moved to the Thursday night schedule to boost its ratings.

He plays Dr. Rosewood in the show. Beaumont Rosewood is Miami’s top pathologist and highly sought after by law enforcement authorities for his expertise. He partners with Dr. Annalise Villa to solve crimes. He is very charismatic and good at his job. He likes Annalise but their relationship became complicated last season when he investigated her husband, Eddie’s death, behind her back.

When the tea gets too hot, you know it’s a #Rosilla moment. #Rosewood pic.twitter.com/CexpYz63YJ

Ortiz plays Annalise Villa, a detective for the Miami PD, and Rosewood is her network television debut. Villa is, in Ortiz’s own words, “tough, smart and vulnerable.” She was once married, but is now widowed and believes her husband died of natural causes. Just when she was getting closer to Rosewood, he reveals to her that Eddie was actually murdered. This season, her relationship with Rosewood is complicated, as they both travel to New York to investigate Eddie’s murder.

Villa to baes around the world: a girl’s gotta have standards. #Rosilla #Rosewood – Thurs. Sept 22 pic.twitter.com/FfpHL1Dqu7

Lorraine Toussaint is famously known for her role in Orange is the New Black. She’s also been nominated for an Academy Award for her role in Selma. She plays Rosewood’s mother, Donna in the show. Donna was a high-school principal, who now helps around at the practice. Beaumont came to work with Annalise when one of Donna’s former students was murdered.

Dennis plays Pippy, the “toxicology queen,” and is Beaumont’s sister. Pippy was engaged to DNA specialist, Tara, but they called off their wedding in the season 1 finale.

Siblings always have each other’s backs. Catch all the Rosie-Pippy action tomorrow at 8/7c. #Rosewood pic.twitter.com/JSNhe4CUEj

Konkle plays Tara Milly Izikoff a.k.a. TMI. She was Pippy’s fiance up until the season 1 finale. The dynamic between Pippy and TMI will be tested this season as the two continue to work together, even with the tension rising between them.

He plays Captain Ira Hornstock, a great detective and team leader, but a failure at managing his own life. He was in the running to be the new Chief of the department, but loses his new post immediately because of Villa. In the previous season, the team was investigating a man’s murder and the hit man hired for killing that person had been blackmailing Hornstock about something from his past. Hornstock however, did the noble thing and took down the hit man before turning in his badge. This season, we have to look forward to what Hornstock’s role will now be in Miami PD.

Captain Hornstock is not someone you want to cross. #Rosewood pic.twitter.com/9FULVGIZBI