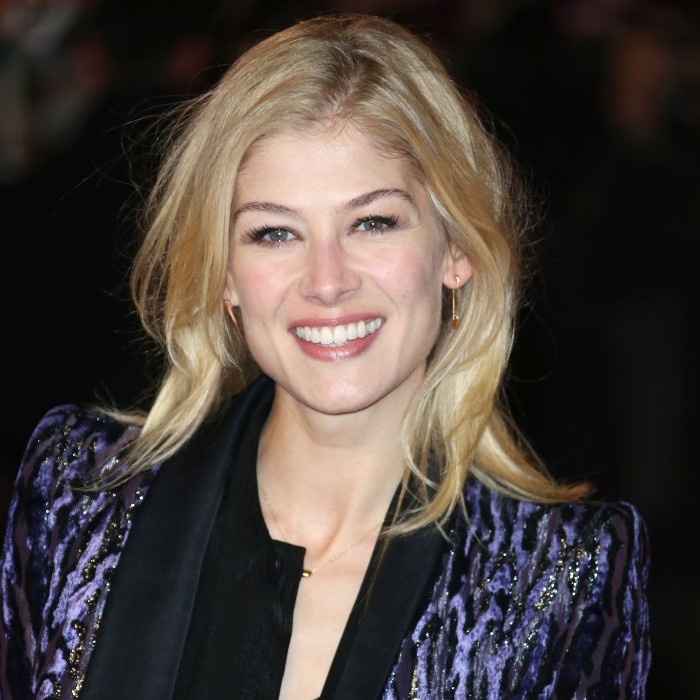 British actress Rosamund Pike, 35, whom you may recognize as the Bond girl from Die Another Day, is not only dating a much older man, but she’s about to have his second baby. The other half of Pike’s celebrity May-December relationship is 53-year-old businessman Robie Uniacke. The celebrity couple already has one two-year-old son together.

Rosamund Pike and Robie Uniacke’s celebrity May-December relationship started back in 2009, after her engagement to director Joe Wright got called off. Despite now being in this committed relationship with an older man, Pike has no interest in trying to turn it into another marriage. And she’s found the perfect older man, because after three failed marriages, Robie Uniacke is probably more than happy to leave their relationship as is.

“You try to do the right thing and the conventional thing, and it doesn’t work, and then you’re free again,” Pike told Vogue back in 2012 about her failed relationship with Joe Wright and how it led her to her more unconventional celebrity May-December relationship with Robie Uniacke. “It is interesting to break the rules. I’m not married, I have a baby, and it feels infinitely more right.”

What do you think: Would you stay in a May-December relationship with an older man knowing that it will never lead to marriage?