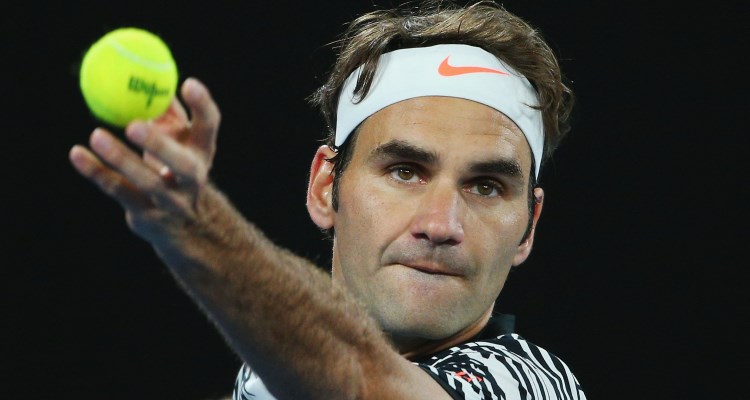 There’s no stopping Swiss tennis pro, Roger Federer as he takes home a huge five set win at this week’s Australian Open. The 35-year-old can do no wrong on the tennis court and it’s partially due to his wonderfully supportive family! Roger Federer’s wife and Roger Federer’s kids are starting to get some attention, now that he’s on yet another winning streak.

Fans of the pro tennis champion have been wondering about Roger Federer’s twins and have been looking all over the Internet for Roger Federer’s family pictures. How much do we know about the Federer family who keep the tennis pro in first place? Luckily for you, we have everything you need to know about his wife and children right here.

Miroslava “Mirka” Federer is a Slovakian-born Swiss former tennis pro and was born on April 1, 1978 in Bojnice, Slovakia. Roger and Mirka, 38, met during the Sydney Olympics in 2000. They both traveled to Australia to compete for Switzerland in tennis and eventually caught each other’s attention.

“We spent two weeks together, that’s how we got to know each other and on the last day before we left, we kissed for the first time in Sydney,” Roger revealed in a Daily Mail interview.

Mirka gave up her tennis career at the age of 24, due to an injury she sustained while competing. She and Roger have been married since 2009 and she has been supportive of his career ever since. Roger doesn’t take his wife for granted and understands her contributions to their family and his career. 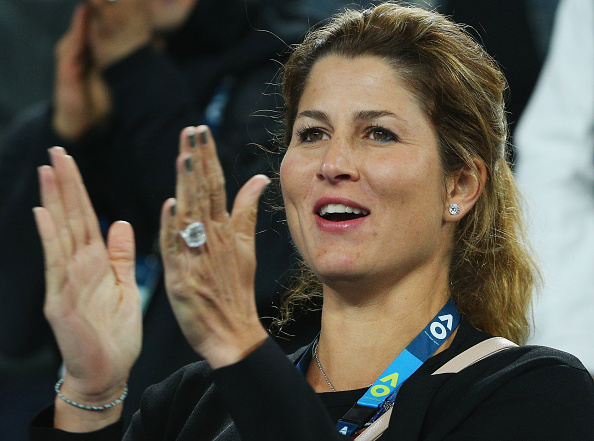 “She’s a rock, she’s amazing. How much she’s willing to travel and do it all for the tour, for me basically.”

Recently, Mirka unknowingly became the subject of ridicule when she wore a pink Gucci sweater to one of roger’s matches. He won the match but many took to Twitter to express their shock that Mirka’s sweater didn’t cause him to lose the game. The sweater was covered with the words “L’aveugle par amour’”- a French phrase that translates to “blinded by love.” Many mocked Roger’s wife, surprised that he wasn’t blinded by her choice of sweater! But we doubt those troll-made comments bother Mirka, since she’s used to being in the public eye.

On July 23, 2009, the Federers expanded their family when Mirka gave birth to twin daughters, Myla Rose and Charlene Riva. As fans may or may not know, twins run the Federer family—even Roger’s sister, Diana has a set of her own, a boy and a girl! The girls are always present at their father’s matches and only care about seeing their father win. 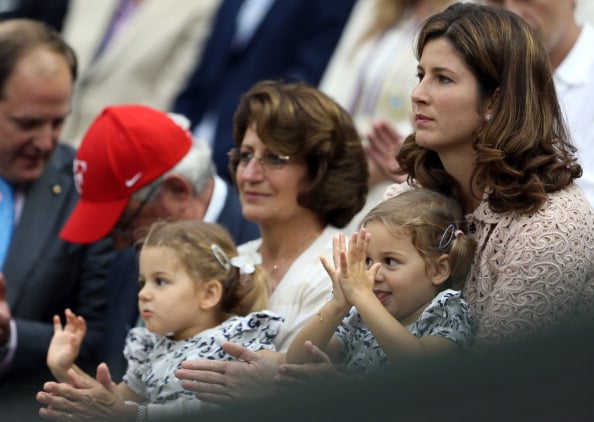 Nearly five years after giving birth to twin daughters, Roger and Mirka hit the jackpot again with the arrival of twin sons, Leo and Lennart “Lenny,” who were born on May 6, 2014. You would think most couples would be a little overwhelmed with fact that they recived not one but two sets of twins, but Roger and Mirka seem to be doing just fine. Their family unit is a strong one and it seems like these two couldn’t be better parents!

“This is the best time of my life,” Federer said. “When we found out we were having twins, it was like one of those moments where you’re like: ‘Wow, I can’t believe it, it’s really happening again.’”

Even though everyone jokes that Roger and his family have enough players for three pairs of doubles teams, the tennis pro has no intention of being one of those parents who forces organized sports on their children. 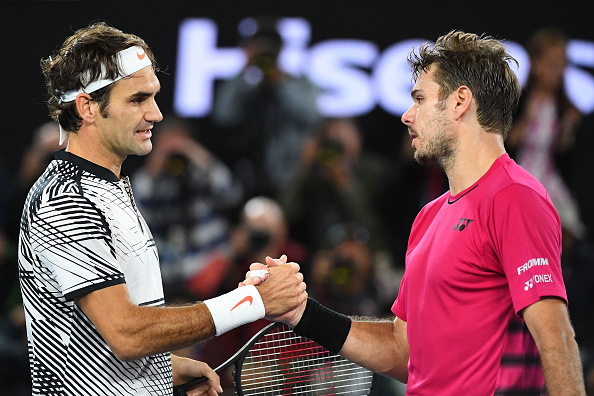 “I don’t know if the kids are ever going to play tennis at a high level like that. Honestly, I think it all depends on how things are going to be when we settle in Switzerland, and what sport they are going to take up. But I think for any kid it’s important for them… to enjoy what they’re doing, whatever sport that is.”

Roger also rented a home for his family to stay in when he plays at Wimbledon. He bought two homes: one for his family and one for him and his team. Each home was worth $6.2 million and a total of $46,000 to rent for two weeks.

Roger grew up in Switzerland with his parents Robert, 70, and Lynette, 64, who raised their son Roman Catholic. His father grew up in Berneck near the borders of Austria, Switzerland, and Germany. His mother was born in South America and has dual citizenship in Switzerland and South Africa. She’s also on the Board of Trustees for the Roger Federer Foundation, committed to enabling parents and local communities to provide children with the opportunity for a good education.

When it comes to being a professional athlete, it’s important to have people that keep you centered and focused. Clearly, Roger doesn’t have a problem juggling both his personal life and professional life.