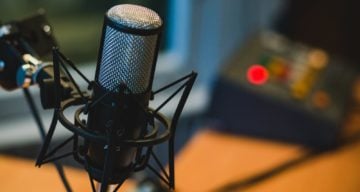 Chris Hayes had a guest on the latest broadcast of All In who may be familiar. Robyn Kincaid appeared on the MSNBC show where her views impressed social media users. The transgender activist is a radio host who has been supportive of liberal views for decades while living in the heart of a conservative region. Kincaid and her family have been vocal about their activism through her radio show and social profiles. But those who were introduced to her on All In for the first time want to know more about Kincaid. So, we compiled all the details on this activist in Robyn Kincaid’s wiki.

Robyn Kincaid was born Robin Welch on January 31, 1963 and originally hails from Alabama. She settled in rural West Virginia years ago with her wife and kids. She is one of four children born to Kenneth Lee Welch and Margaret Welch.

Robyn’s father, Kenneth Welch, was a military veteran, coal mine, and furnace operator. He passed away in 2007, leaving behind his wife, Margaret, and children, Joy Franks; Linda Welch; Rose Smith; and then-Robin Welch, along with their respective spouses and children.

Robyn Kincaid, as she’s now known, has been married to one Agnes Kincaid since May 1, 1993. They have three adult children: Lauralye, Margaret, and Robin.

The erstwhile Robin Welch, who went by Bob Kincaid professionally, completed her transition on September 15, 2020. Kincaid has shared pictures of her transition with her social media followers occasionally.

Robyn’s pronouns are she/her. LGBTQ+ advocacy and liberal views were at the heart of her activism long before her transition.

In 2005, she launched her radio show, Head-On, to broadcast and advocate for liberal values. While Robyn is the COO of the Head-On Radio Network (H.O.R.N.), her wife Agnes is the producer.

Former nurse Agnes answers calls, schedules interviews, plans and plays the music, and handles most of the technical stuff. Their children also worked on the show.

The family and employees working on Head-On reportedly do not make money for themselves or seek donations for personal uses. They do, however, accept contributions towards new equipment and keeping the program “free of advertising and corporate influence since 2006.”

Robyn also served as the president of the board of directors at Coal River Mountain Watch from 2006 to 2011. Her social media profiles also have sponsored posts, which may be additional revenue for Robyn.