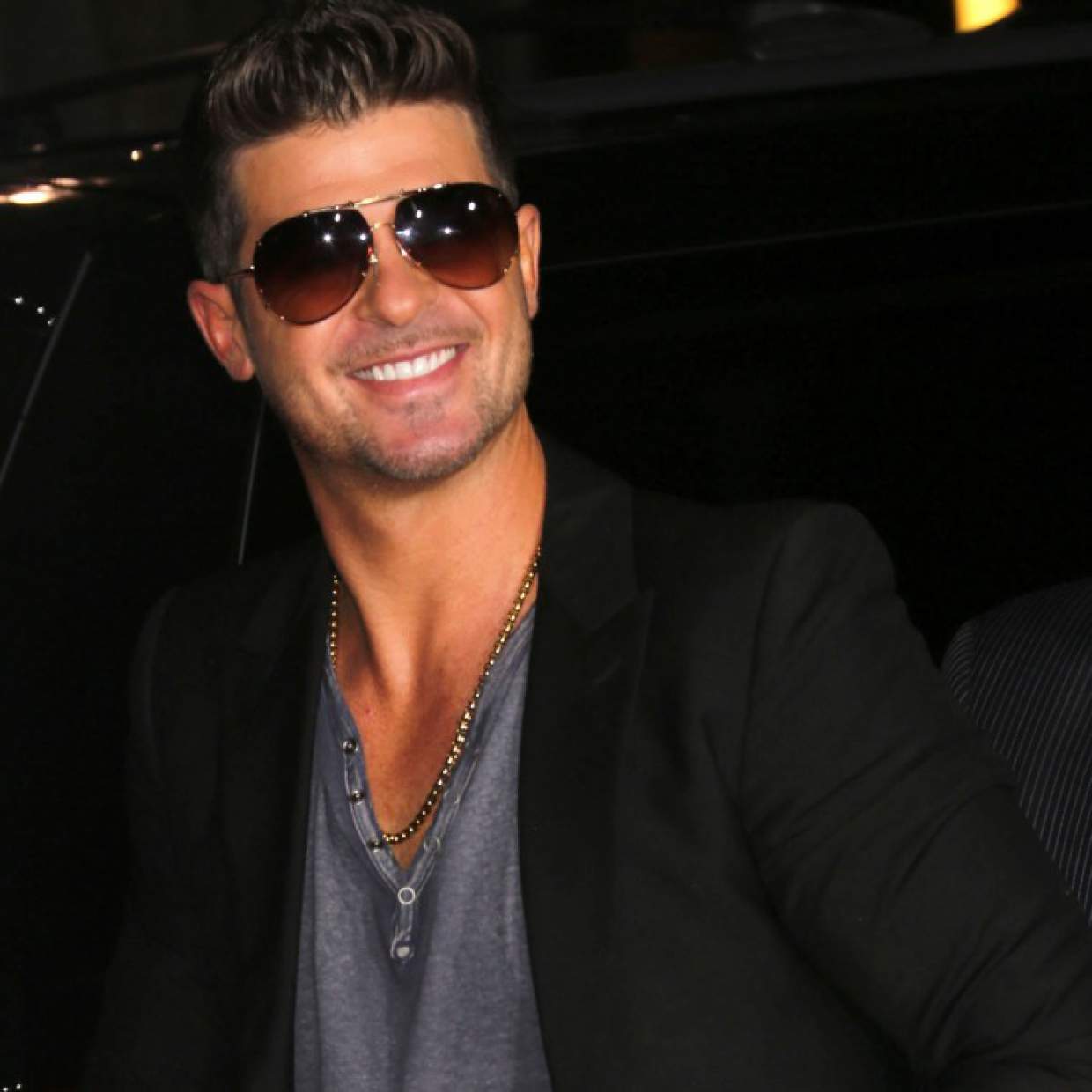 Getting dumped by his wife looks like a blessing in disguise for Robin Thicke, because he really seems to be enjoying his new May-December romance with April Love Geary, the 20-year-old model who’s 18 years his junior. The celebrity age gap couple has only been dating for a few months (six or seven months at the most), but it looks like things are getting quite serious.

Thicke and Geary recently took their May-December romance to St. Barts, but it was more of a family vacation, because Thicke’s five-year-old son (with his now ex-wife Paula Patton) came along, too—and a tiny red bikini didn’t stop Geary from frolicking on the beach with the little boy. The following week, the age gap couple jetted off to Cannes together for the amFAR gala. They were most recently spotted doing some good, old-fashion grocery shopping like one big happy family with Thicke’s son.

Since Robin Thicke and Paula Patton are now officially divorced, rumors are circulating that he’s ready to make his new May-December romance official with a ring and that the famous age gap couple is already living together—although these are still only rumors, they’re definitely believable, based on how much PDA these two put on. And according to an insider who spoke to InTouch magazine, Geary has been like “a rock for him during the past few months,” adding that “they are really in love.” Are you buying it?