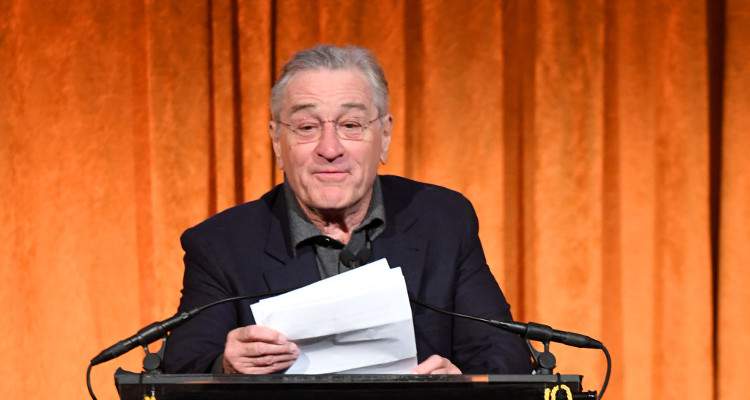 In the past we’ve seen that Robert De Niro is not a fan of Donald Trump. Further evidence to this was seen during Tuesday night’s National Board of Review awards gala, when he devoted his time on stage to attack the president saying, “Today the world is suffering from the real Donald Trump. Come on. You know. What are we talking about? This f*****g idiot is the president.” Well, the bold actor is certainly outspoken! And, of course he’s influential and rich. Read on to learn how Robert De Niro earned his net worth of $200.0 million.

Having contributed to the film industry with several classic movies, Robert De Niro is known to be one of the greatest actors in the history of cinema. Over the years, he appeared in over 100 films and is active even today both as an actor and producer, with two upcoming projects for 2018. A few of Robert De Niro’s movies include The Godfather: Part II, Silver Linings Playbook, The Deer Hunter, Analyze This, Meet the Parents, New York, New York, and Wizard of Lies. With the number of films he’s been in, it’s quite obvious why he’s earned some big bucks throughout his career. Read on to find out more about Robert De Niro’s net worth in 2018.

It wouldn’t be wrong to say that Robert De Niro has earned a fortune through his hard work and dedication. He is both a great actor and a terrific filmmaker. We can count on him to deliver some more amazing films very soon!