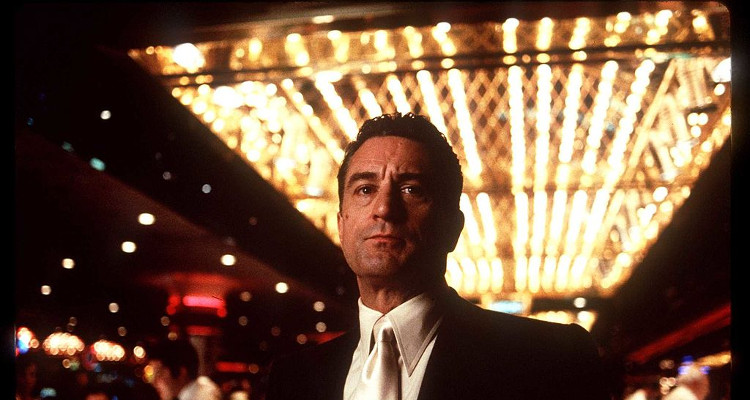 Robert de Niro’s movies have always captured a large audience, and the actor’s credits include films across all genres. While a lot of his work is famous and highly talked about, there are a few underrated ones that are worth taking a look at.

Born on August 17, 1943, Robert Anthony De Niro is an actor, director, and producer. His breakout role came in 1974 when he was cast as a young Vito Corleone in The Godfather: Part II, for which he won an Academy Award for Best Supporting Actor. Throughout his career, De Niro had some blockbuster hits, as well as some lesser-known roles. Below is a list of the best Robert De Niro movies.

Released in 1990, Goodfellas is a crime film directed by Martin Scorsese. It is an adaptation of the non-fiction novel, Wiseguy, by Nicholas Pileggi. The film follows the journey of a mob associate, Henry Hill, and his friends from 1955 to 1980. Named the best film of the year by various critics, Goodfellas grossed $46.8 million and was nominated for six Academy Awards. It is definitely among the best Robert De Niro movies in this list.

Also directed by Martin Scorcese, Taxi Driver is a psychological thriller that hit the box office in 1976. In it, Robert De Niro plays a Vietnam War veteran who works as a taxi driver in New York. The critically acclaimed movie went on to get nominated for four Academy Awards. At the 1976 Cannes Film Festival, it won the Palme d’Or, the “Golden Palm.” This is definitely a De Niro classic, so if you have not watched it yet, you should add it to your list!

Once upon a Time in America

This crime-drama was released in 1984, and is based on Harry Grey’s book The Hoods. It follows the lives of youth who grew up in the Jewish Ghetto, and rise to power in New York’s crime scene. With multiple themes knitted in its screenplay, the film explores different subjects including love, childhood friendship, lust, greed, loss, betrayal, and heartbreak. It is an emotional movie, but well worth a watch.

A memoir by Tobias Wolff, This Boy’s Life is the film adaptation released in 1993. It explores Wolff’s adolescence as he travels across the United States with his mother, who is escaping an abusive partner. The film highlights their journey and experiences along the way. With a cast featuring stars like Leonardo DiCaprio and Tobey McGuire in their youth, This Boy’s Life is well deserving of its positive reviews.

Directed by Michael Mann, Heat is one of the best known Al Pacino and Robert De Niro movies out there. It hit the big screen in 1995 and had great ratings by fans and critics. The story revolves around a group of bank robbers who are pressured after unknowingly leave behind a significant clue at their latest heist.

How Many Movies Has Robert de Niro Been In?

From The Godfather: Part II in 1974 to Robert de Niro movies in 2017, the actor has been in over 111 films spanning every genre, and has four upcoming projects.

Robert De Niro spent nearly 43 years in the film industry, and he is still giving us blockbuster hits. His films are timeless and he is an entertainer in the true sense. As he says, “Talent is first of all ability to do a right choice.”