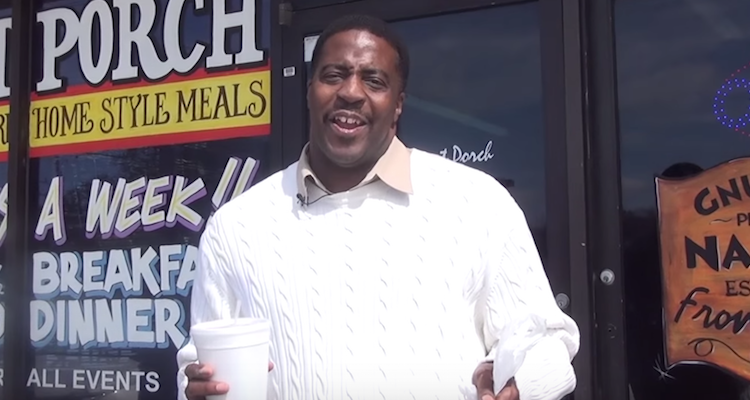 What happened to Robert “Bassman” Washington? He passed away a few days ago, although no information has been revealed as to Robert “Bassman’s” cause of death. He began his career on the 97.9 the Box in August 1994, and worked on Praise 92.1 and Houston’s Tom Joyner Morning Show on Majic 102.1. He was considered to be the “life of the on-air party” and was versatile as he talked about everything from recipes to workouts. Passing at 48, he is survived by his wife Keisha, and his family and friends. One of the stations, 102.1 remembered him with the following statement:

Bassman joined the Radio One Houston family in 1994 on 97.9 FM The Box as an on-air personality. He also brought us inspiration as Praiseman on Praise 92.1 FM and in recent years, he’s been the voice for Houston as part of the Tom Joyner Morning Show on MAJIC 102.1 FM.

Bassman was the life of every party.  From his amazing Robert’s Recipes to getting us all in shape with Workout Wednesdays, his radio family and all of Houston could depend on him for good information, great music and big laughs.

According to Vice President and General Manager of Radio One Houston Pam McKay, “He was a man who never met a stranger and always had an encouraging word and a smile.”

“He was light. He was laughter and he was love,” said Operations Manager and Program Director, Terri Thomas.

“Radio One Houston shares our condolences with Bassman’s wife Keisha and his many family and friends. We invite you to honor him now with us during a special tribute mix and we encourage you to share your favorite memories with us at 713-621-1021.”

Fans of the host took to social media to share their condolences. One wrote, “There are absolutely no words to explain the loss we’ve all just experienced! I have never met him personally but to hear him everyday on the radio made him feel like family. I’m truly saddened…truly saddened by the news. God gave him to us and we appreciate how Bassman always gave with kind words of encouragement and inspiration. RIH.” Another wrote, “Expressing my sincerest condolences to the family of Robert Washington. I enjoyed listening to him daily of Majic 102.1FM. A beautiful individual who brought joy to everyone within the sound of his voice. Prayers to his family and all of the staff of Majic 102. ‘Bassman’ will really be missed.”