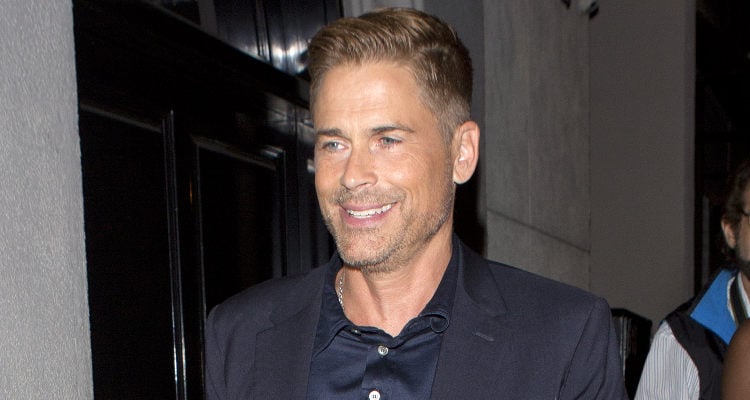 This is not the first time that Lowe has been made fun of or laughed at. Even in his heydays in the 80s, Lowe was considered a pretty face and not a serious actor. However Rob Lowe did act in some seminal films of the 80s like The Outsiders, St. Elmo’s Fire, About Last Night…, Wayne’s World and Thank You For Smoking. Jokes were cracked at him for being so good looking and such a hit with the girls. Once his real life sex tape came out, it was as though a dam burst. From TV channels, to papers and tabloids, everybody ridiculed Lowe.

Any other man would have quit Hollywood in embarrassment but Lowe stayed on and fought back. Lowe restarted his career in TV by appearing in prime time serials such as The West Wing, Brother & Sisters, Parks and Recreation and the National Geographic film Killing Kennedy. He received an Emmy nomination for his role in The West Wing in 2001. Lowe has also been nominated for six Golden Globe awards.

On the Comedy Central show, all the cast made jokes on Lowe. David Spade was particularly harsh on him while Ann Coulter took digs at him too. Peyton Manning made some nasty jokes at Lowe as well. However Lowe took it all on his chin like a champion. Lowe looked like a man who had seen hell and come back to the land of the living. Both in his professional and personal life. It takes real courage to expose your whole life to an audience of millions but that’s what Lowe has done. Maybe he had to, to cleanse himself off all the muck sticking to his name. You can watch Lowe’s purgatory too. Just click here.