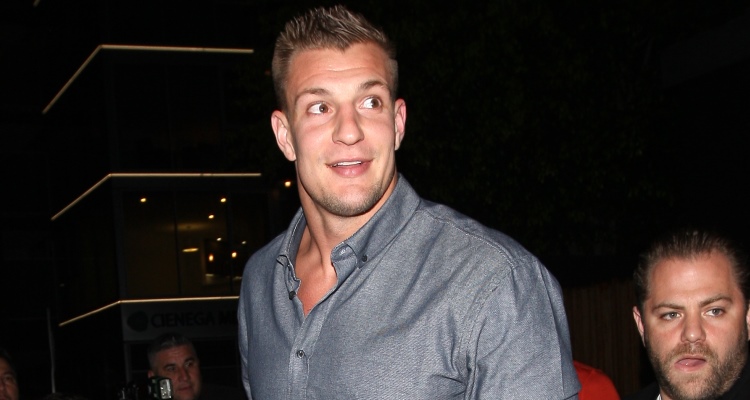 In the video, Gronkowski said, “I’m just doing everything I can right now to be as healthy as I can be. I’m improving every single day. Basically, day by day right now. … Obviously, you just don’t wake up and you’re 100 percent, but I’m satisfied with the improvements.” For more Rob Gronkowski news, keep on reading.

Join me in the fight against cancer today! Proceeds from this shirt campaign will go to the F*ck Cancer Foundation. The link to buy is in my bio!

Fans want to know if he is playing tonight, but it seems even the player is unsure at this point. “We’ll see. It will definitely be a coach’s decision, a trainer’s decision. We’ll all come together.” It seems Gronk Nation will have to say some prayers and cross their fingers, because it is still unconfirmed if he is fit enough to take the field!

Yahoo! Celebration Yahoo! This is your TIght End celebration!

The 27-year-old plays tight end in the NFL and he’s loved the sport since his college days. Standing at 6 feet, 6 inches tall and weighing 265 lbs, the New York native was born for the sport and is definitely a fan favourite. He’s received several awards, including the 2014 NFL Comeback Player of the Year and he was the 2011 NFL receiving touchdowns leader. He was also a XLIX Super Bowl champion. With talent like this, we all hope the Gronk can play in tonight’s game!

It was an honor to accept the Ron Burton Community Service Award this year on behalf of the Burton family and the Kraft family. To be able to follow the steps of these two families and all the past award winners is an accomplishment I'll always remember. You guys set the bar by establishing a great presents of work in the community to build upon. Thank you to everyone for supporting myself and the squad every single week. From one Boss to my Boss, Thank you for this award! It will be chilling in the front of the trophy case. #ronburton #patriots #charity #community