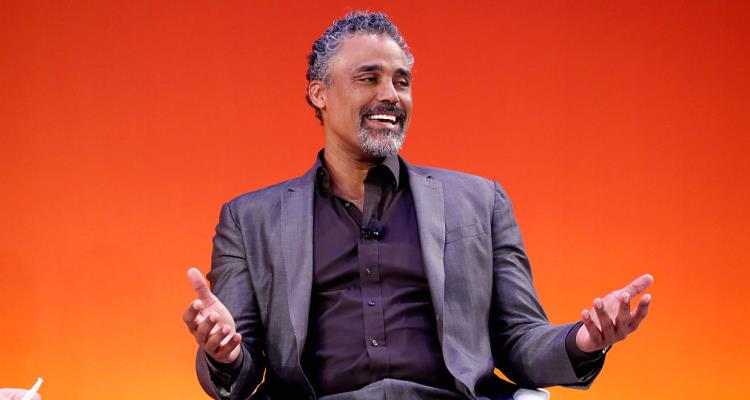 If you don’t recognize his name, you might recognize his face, but we’re here to tell you all about former NBA champion, Rick Fox! Now that the nail-biting NBA season has come to an end, many are curious to know what their favorite basketball stars (and former basketball stars) are up to! Well, fans will be glad to hear that he’ll be back on the big screen soon enough—Rick Fox is on the Celebrity Family Feud’s confirmed roster this year! To learn more interesting details about his life, including his family life and net worth, check out our Rick Fox wiki.

Rick Fox is a former basketball player, who is best known for his career in the NBA that stretched from the 90’s into the early 2000’s. While he was playing for the Lakers, Rick Fox won a total of three NBA championships with the team! He retired about 13 years ago back in 2004, but he doesn’t seem to have taken much of a break. Ever since his career in basketball came to an end, he has landed a number of TV and movie appearances, and even had a reoccurring role on BET’s hit show, The Game. However, he’s done more than just dabble in entertainment—Rick Fox, age 47, is a founding partner at Vision Venture Partners, spearheading the firm’s move into professional e-sports. He provides strategic guidance, creative direction, and business development support to each of their portfolio companies. In addition, Fox is also the owner of premier e-sports franchise, Echo Fox.

Rick Fox is from Canada, Eh?

Many don’t know this, but Rick Fox is actually Canadian. He was born in Toronto to Olympic high jumpers and pentathlete, Dianne Gerace—that explains his incredible athletic ability—and Bahama-native, Ulrich Fox. Coming from humble beginnings, Rick Fox definitely worked his way up and made his family proud. Post-basketball career, Fox is thought to have actually upped his net worth! With all of his TV and movie roles combined with is entrepreneurial zest, it’s not surprising that Rick Fox’s net worth is currently valued at $25.0 million.

Rick Fox’s kids, Kyle and Sasha Fox, are from two separate relationships, both in his past. Fox had his son in 1993 with Kari Hillsman, his girlfriend at the time. The two never got married, and split up some time later. A few years later in 1999, Fox eloped with renowned actress, Vanessa Williams. The couple had eloped to the Caribbean in the summer, but returned to New York City in September to have another ceremony—this time, with their family and friends. Rick Fox and wife Vanessa Williams welcomed their daughter in May of 2000. Four years later in April 2004, Fox filed for divorce from Williams, and the two had what they called an “amicable split.” So amicable in fact, they actually appeared onscreen together several years later when Fox make an appearance on the popular TV show, Ugly Betty.

Okay, we know you’ve probably read this far because you’re dying to hear more about Rick Fox being on Family Feud! There’s something about seeing your favorite celebs interact with their families, and get frazzled over the most ridiculous questions—trust, us, we get it! (And clearly, so do the viewers because the show is an absolute hit!) Rick Fox’s clan is set to face off against Neil deGrasee Tyson and his family on the latest edition of Celebrity Family Feud. Wondering who paired these two families up? We don’t know either, but we’d like to thank them! These families will engage in a battle of wits to win $25,000 for their favorite charity. Team Fox will consist of Rick’s sister Jeanene Marie Fox, brother-in-law Ethan Marshall Edwards, sister-in-law Neriah Davis, and son Kyle Fox. They’ll face off against Neil deGrasse and his wife Alice Young, daughter Miranda Tyson, and cousin Monique Fortune. We bet you can’t wait to see this round of Family Feud, so tune into ABC on July 16 to see this bunch in action!