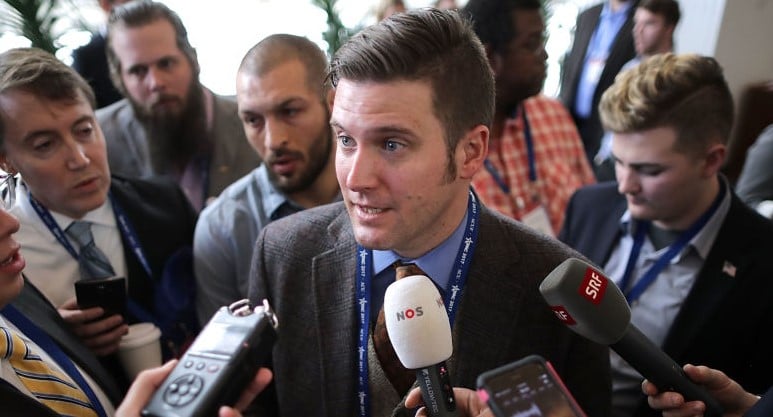 Richard Bertrand Spencer was born on May 11, 1978, in Boston, Massachusetts. His father was an ophthalmologist and his mother was the heir of an heiress to cotton farms. He grew up in Preston Hollow, Dallas, Texas, where he attended elementary and high school. He followed up his public schooling by going to the University of Virginia, where he gained a BA in English Literature and Music. He followed that with earning his M.A. in the Humanities from the University of Chicago. Spencer would begin a PHD at Duke University but, according to his website, he left “to pursue a life of thought-crime,” which apparently means becoming an ultraconservative.

The Rise of Hate

Spencer began his career in the right-wing pulpit as an assistant editor for The American Conservative magazine from March to December of 2007, at which point he was fired for being too extreme in his views. This would be followed by a stretch at Taki’s Magazine January 2008 to December 2009, another right-wing website.

Eventually, in 2010, Spencer formed AlternativeRight.com, a platform to express his extreme views. He has even been credited with creating the term “alt-right.” In 2012, he founded the Radix Journal (a biannual publication) and began to host a weekly podcast. All of this culminated in 2011 with Spencer becoming the president of the National Policy Institute, a white supremacist think tank.

What Richard Has Said

Over the years, Spencer has said and done the following things:

Richard Spencer lives in Whitefish, Montana (a number of his business list Whitefish as their base of operations), much to the unhappiness of most of the local residents. There have been a few town council meetings and things done in order to ensure that while he may live in the town, his particular brand of hatred is not welcome there. Spencer is married to a woman named Nina Kouprianova. In 2016, the pair were listed as separated but in 2017, Spencer said that they were not separated and were still together. The truth, depending on what interview you read, seems to be a little bit of both. The couple seems separated but raise their young child together. In terms of net worth, Spencer’s holdings aren’t exactly public knowledge but it is known that his family cotton farms do quite well.