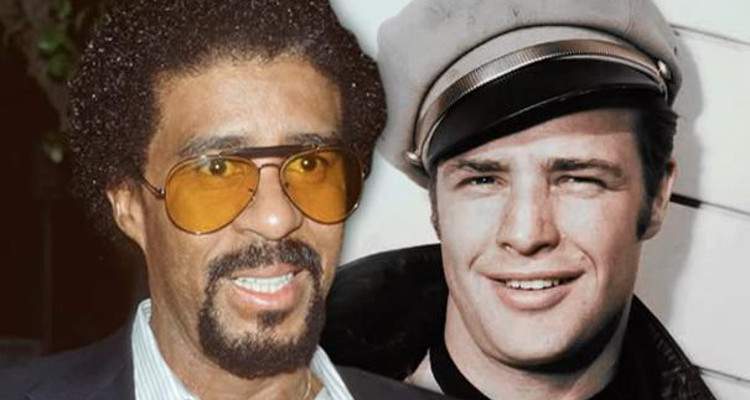 Late comedic legend Richard Pryor’s sexuality has come into question after Quincy Jones made a series of confessions. Now, Pryor’s widow has confirmed that Richard Pryor and Marlon Brando hooked up in the past.

Quincy Jones got candid about many celebrities in an interview—from his relationship with the Trumps to working with Michael Jackson. Some of his claims are hard to believe, and the Internet had a lot to say about some of them. And as it turns out, Quincy Jones was right about a few celebrities.

Richard Pryor, the iconic comedian, famously had a slew of marriages and remarriages, as well as famous relationships. And now, his wife, who he was married to at the time of his death, admitted that Richard Pryor and Marlon Brando had a sexual relationship. Was Richard Pryor gay?

Here’s what you need to know about the comedian.

Quincy Jones sat down for an interview and spoke a lot. The music mogul has been in the industry for years and has friends in high places, making him something of an insider in every field.

Some of the things that Jones said are hard to believe. For instance, he claims to know who killed JFK. And maybe we can believe that he dated Ivanka Trump once or that perhaps Michael Jackson didn’t give due credit to others who worked on his hits.

But among his dubious claims, Jones spoke about legendary actor and activist, Marlon Brando. He was Jones’ most famous friend.

“[Marlon] Brando used to go cha-cha dancing with us,” recalled Jones. “He could dance his a** off. He was the most charming motherf****r you ever met. He’d f**k anything. Anything! He’d f**k a mailbox. James Baldwin. Richard Pryor. Marvin Gaye.”

Among the famous people he namedropped, one stood out. Did Richard Pryor and Marlon Brando have a sexual relationship?

According to Pryor’s wife, they did.

According to Jennifer Lee, Pryor’s widow, the Blazing Saddles actor never hid his bisexuality from his inner social circle. He detailed all his relationships in diaries, including those with men, which she plans to publish soon.

Pryor had married seven times to five different women and is survived by seven children. During his lifetime, he famously dated actresses Pam Grier and Margot Kidder.

Now, Lee is corroborating Jones’ claim that her husband and Brando hooked up.

Lee said in a statement, “It was the 70s! Drugs were still good, especially quaaludes. If you did enough cocaine, you’d f**k a radiator and send it flowers in the morning.”

The no-holds-barred comedian was irritated with the euphemism, and he was out of patience. So, when his turn came on stage, he set off on a tirade lambasting gay activists for fighting for sexual freedom while keeping the moral high ground. He talked about his own positive gay experience with a man named Wilbur Harp and was booed.

An old friend of Pryor confirmed that Pryor and Harp were indeed friends and spent a lot of time together back in their teens. Whether or not they had a sexual relationship, the friend couldn’t comment.

Richard Pryor was anything but affected, although critics claimed that he committed career suicide. But his career continued to soar, and he continued to include his personal experiences in his stand-up acts.

Like Pryor, Brando was open about his sexuality. He married three times and fathered 11 children. He passed away in 2004 after an illustrious Hollywood career.

Marlon Brando once said, “Like a large number of men, I, too, have had homosexual experiences, and I am not ashamed. I have never paid much attention to what people think about me. But if there is someone who is convinced that Jack Nicholson and I are lovers, may they continue to do so. I find it amusing.”

“Homosexuality is so much in fashion, it no longer makes news,” the actor added.