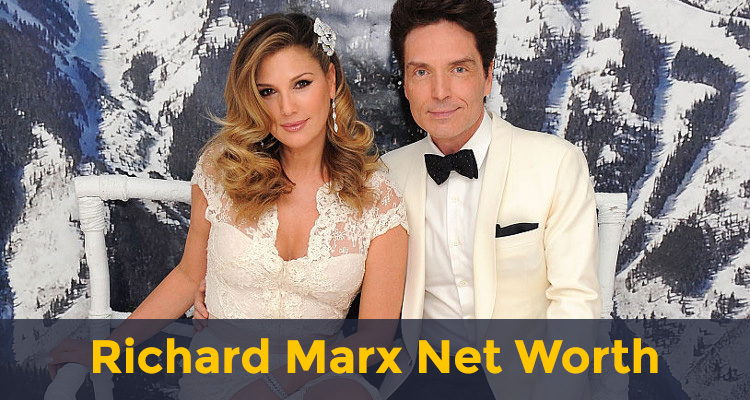 Singer/songwriter Richard Marx made the news today in the most unexpected way. Below we dig into who Richard Marx is and why you should know more about him.

We don’t think that anyone expected to wake up this morning and see that Richard Marx helped restrain a passenger on a Korean Air flight, but that is exactly what happened. The singer/songwriter helped restrain and tie up an unruly passenger who had been attacking members of the flight crew. Marx shared photos of the four-hour ordeal over his twitter but humbly noted “No big ‘hero’ move at all. Just did what I would hope anyone would do in the same situation. Tnx 4 concern.” For those of us who lived through the ‘80s, Richard Marx was a household name. Those not familiar with Marx might be asking themselves “Who is Richard Marx?” and want to know more about the star. With that in mind, we present to you Richard Marx’s wiki.

We will cover everything from birth to his last single. Let’s get started, shall we?

Richard Marx was born Richard Noel Marx on September 16, 1963. Music must run in the family as Marx’s mother, Ruth Guildoo, was a singer, and his father, Dick Marx, was a jazz musician who started a jingle company. Richard Marx’s career started when he was very young, as his father would occasionally use his voice on jingles for Arm & Hammer and Nestlé Crunch. Marx grew up in Illinois, but it didn’t take long for him to set his sights on the bright lights of Los Angeles and its recording industry.

At the tender age of 17, Marx had the good fortune of having a tape of his songs wind up in the hands of Lionel Ritchie. Ritchie took note of Marx’s talent and suggested that Marx head to Los Angeles. After finishing high school, Marx headed west and eventually met up with Ritchie, who was amid recording his first solo album, Lionel Ritchie, and was having a bit of trouble getting the background vocals right on “You Are.” He offered Marx a chance to sing on the track and Marx nailed it, going on to sing background vocals for two songs from Ritchie’s next album, Can’t Slow Down.

Thus began Richard Marx’s career behind the scenes as a backup vocalist, and eventually as a songwriter. Marx began working with artists like Madonna, Kenny Rogers, and Whitney Houston. While working in the background, Marx was trying to get a record deal of his own. After numerous rejections, he was finally given a deal with EMI/Manhattan Records. Marx would bring in some bigger name musicians, like Eagles’ Joe Walsh, to lend a hand and soon, the very first Richard Marx solo album was released.

Richard Marx’s first album, Richard Marx, quickly became a hit. The album managed to stay on the charts for a year and a half, keeping Marx out on tour for over a year and nabbing him his first Grammy nomination. It would be his second album, Repeat Offender, that knocked him into superstardom. Released in May of 1989, Repeat Offender was an immediate hit, taking over Prince’s top slot on the Billboard charts. The album would quickly go multi-platinum sell over five million copies. The biggest single from the record, “Right Here Waiting,” became a huge hit and has since been covered by several different artists.

Marx is still recording music, leaning towards the adult contemporary genre these days. He has recorded a grand total of 10 albums. His latest album was A Beautiful Goodbye, which was released in July 2014. Marx recently released a new single, “Last Thing I Wanted” which is taken from his greatest hits record, The Ultimate Collection, released exclusively in Australia in April 2016.

After the success of Repeat Offender, Marx continued to have solid album sales, while writing and producing hits for artists like Luther Vandross, Sarah Brightman, and Barbra Streisand. His home studio was used to help make songs for N’Sync and Keith Urban. Rita Wilson’s “Say Yes” was co-written by Marx and appears on Wilson’s self-titled album, which was released in March 2016.

Richard Marx has been married twice. The first of Richard Marx’s wives was actress/singer Cynthia Rhodes (who appeared in the video for Marx’s song “Don’t Mean a Thing”).  They were married from 1989 to 2014. Rhodes is the mother of Richard Marx’s sons, Brandon Marx, Lucas Marx, and Jesse Marx. Further proving that music might very well be genetic, both Lucas and Brandon Marx have gone into the family business. Lucas released a single called “The Other Side,” and Brandon is a singer, songwriter, and producer who makes music under the name “Openwater.” Jesse Marx is a political writer, who most recently worked with The Desert Sun out of California.

In 2015, Richard Marx married television host, model, and entrepreneur, Daisy Fuentes after dating for only a few months. You can find Richard Marx’s wife’s pics on his Twitter account. She also happens to be the one who took some of the pictures during the recent in Korean Air ruckus.

Richard Marx’s career as a songwriter and artist has been very good to him. He’s had nice homes (one of which included a home studio and was recently sold for approximately $12.0 million), and luxury cars. That being said, Richard Marx’s net worth is approximately $18.0 million. Keep in mind, that’s just his personal net worth and doesn’t include Fuentes’ which, due to her various business ventures and endorsement deals, would add another $45 million to that total. That’s a pretty solid fortune for a kid who sang jingles.