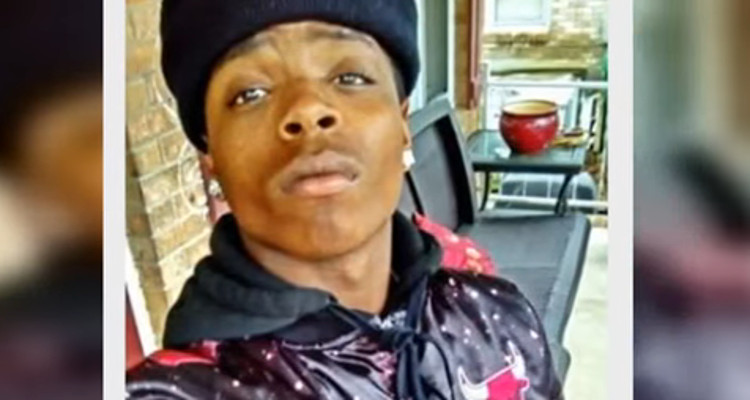 It has been reported that Ricco Barrino’s son, Tyquan Von Ricco, was shot dead in North Carolina at 10:54 a.m. on Tuesday. He was found in the 700 block of Hyde Drive suffering from a gunshot wound. Read on for details about the encounter in Tyquan Von Ricco Washington’s wiki.

Songwriter and R&B recording artist, Ricco Barrino is from High Point, North Carolina. He is also the nephew of the Barrino Brothers and brother of American Idol winner, Fantasia Barrino. He released his debut single “Bubble Gum” in 2006, and later went on to secure a recording contract with rapper T.I.’s Grand Hustle Records, in 2009.

How Did Tyquan Von Ricco Die?

18-year-old Tyquan Vonricco Washington was found suffering from a severe gunshot wound. At 10:54 a.m., he was found in critical condition in the 700 block of Hyde Drive. Despite efforts, the teen succumbed to his injuries.

21-year-old David Lee White Jr. of Greensboro has been arrested in connection with the murder. He is currently being held in Guildford County jail without a bond, and is charged with first-degree murder.

Ricco Barrino’s manager revealed that he and Washington’s mother are “heartbroken.” Barrino claimed he knew that his son was in some kind of serious trouble, but was trying his best to make amends and turn his life around.

Tyquan Von Ricco Washington aspired to follow his father’s footsteps and become a musician. He even started working towards his dream and was working on a mixtape.

Ricco Barrino poured his heart out in an Instagram post where he spoke about Tyquan Von Ricco Washington’s death:

I needed to write this sooner but it’s funny how life makes you aware of your own unconscious procrastinations. I wanted you to know that from the depths of my heart your daddy loves you and he always has. I remember holding you for the first time that’s when I knew that I had to do something other than work in somebody’s factory so that one day you could look up to me. As I write this letter with tears streaming down my face I want you to know that I showed you tough love because I knew you were something special. I will never forget the first time that me and your mother took you to gymnastics for tryouts. I remember the lady walking over to us and telling us that we would have to wait behind a long list of other kids lol.  I guess she didn’t know what my kid was capable of because when she turned around she spotted you turning somersaults as if you were in the US Olympics. I remember her immediately turning around and tell us have your kid here next week! I remember your mother smiling from ear to ear because she knew that the people really didn’t want you in their program until they seen what you could do. I knew you were special when you came out the womb I remember watching you run fast and play with your uncle Zay with your little plats in your hair those high cheekbones like your mother and that little raspy chuckle you used to do while you had on your number seven air Jordans that was so small they look like little lightning Rods as you ran across the floor and wrestled with your uncle. I knew you were special when all the older kids wanted to hang with you. I knew you were leader at that moment and All the way up to your first big 18th birthday. I’ll never forget that birthday I was smiling from ear to ear telling everybody in the studio that my son is finally becoming a man. I wanted to be there every day for you and there wasn’t a day that went by I didn’t wonder where you were. Well on this day you became a bigger man when you put on a pair of wings and did what I have yet to do. So you show me your leadership skills. You go join hands with your grandma and kiss for me. You sing loud for me up there. [sic]”

We offer our sincere condolence to the entire Barrino family for their loss. RIP Tyquan Von Ricco Washington.