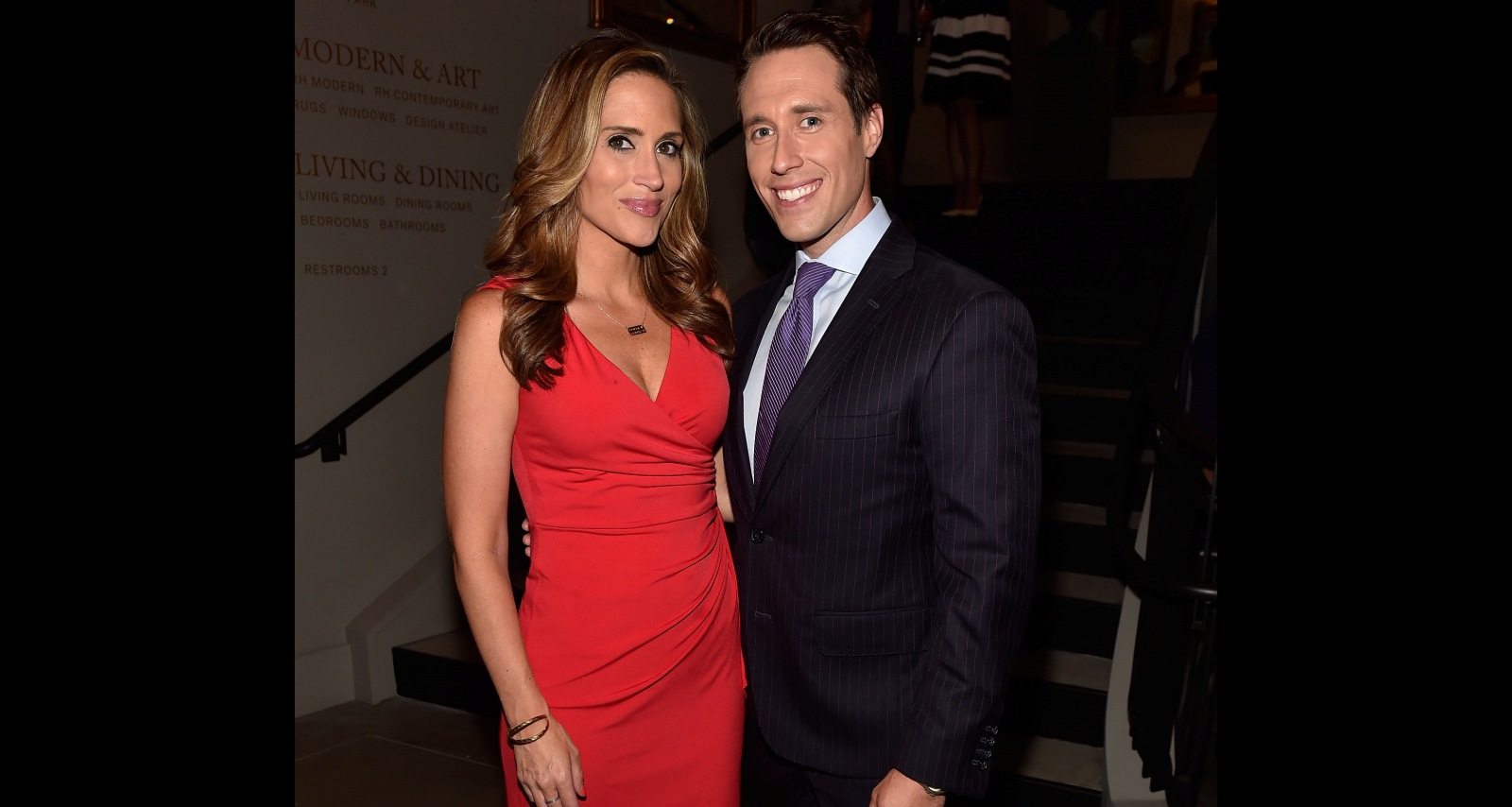 Rhiannon Ally made it to the newsdesk against all odds. Despite difficult childhood circumstances, the Kansas City anchor made it through college and got an early start in the broadcast business. She was a familiar face in New York and Florida’s entertainment scene before she began a co-anchoring position at KSHB with her husband, Mike Marusarz. We trace this journalist’s rise in Rhiannon Ally’s wiki.

Rhiannon Ally (who is also referred to as Rhiannon Albertson Ally) was born on November 27, 1980. The Missouri native was raised by her single mother, Carolyn.

Rhiannon was born on the eve of Carolyn’s 17th birthday. She named her daughter after the Fleetwood Mac song since she was a fan.

Unlike her namesake, Rhiannon weathered a childhood with its fair share of hardships. Carolyn may have been a teen mom who had to drop out of high school, but she was determined to make Rhiannon her only priority.

Carolyn moved to a new neighborhood to raise Rhiannon. She worked an early shift at the book-binding factory to pay the bills because Rhiannon’s birth father was not in the picture.

Rhiannon was the first in their family to go to college. She was determined to realize her dream, with her mom helping her pay for college.

Rhiannon Ally graduated from Raytown South High School in 1999. She was inducted into the school’s hall of fame in 2012.

Ally was initially studying pre-law and political science at the University of Missouri – Kansas City. But thanks to the encouragement of a journalism professor, she changed her major to broadcast journalism.

She went on to complete two internships at local stations. And before she graduated, she had already bagged a weekend evening anchor position at WIBW in Topeka.

Ally was the morning anchor at WBIW from 2005 to 2007. When she was back in Kansas City, she got a job as a traffic reporter and fill-in anchor at a Meredith station for two years.

Ally spent a part of her career in New York where she was known as a host on the talk show Better from 2008 to 2011. She was also a co-host of Huffington Post’s entertainment show, Naughty But Nice with Rob Shuter. Showtime would also assign her to red carpet coverage and interviews.

Ally was the entertainment correspondent for CBS News’ New York station from 2011 to 2012. At the same time, she was the morning anchor at the Miami, Florida affiliate.

She lived in Florida for a while before moving back to Kansas City with her family in 2015. Ally is the evening anchor on KSHB/KMCI/ The EW Scripps Company. Her husband, Mike Marusarz, is a co-anchor.

The mom of three authored the book, Mommy, Please Don’t Go To Work in 2018. It details her relatable experiences of returning to work after giving birth and struggling with mom guilt.

Ally met her future husband, Mike Marusarz, while they were working at WIBW. They have been married since 2008, but work often kept them apart in different cities.

Fortunately, when Marusarz was hired by ABC News, he had the opportunity to move to New York where Ally was working. However, Marusarz would move away again when he got a job in Miami. Rhiannon would commute between New York and Miami on weekends before she got the job in Miami, too.

Their first child, a son named Roman, was born on January 29, 2014 in Florida. The family moved to Kansas City the following year.