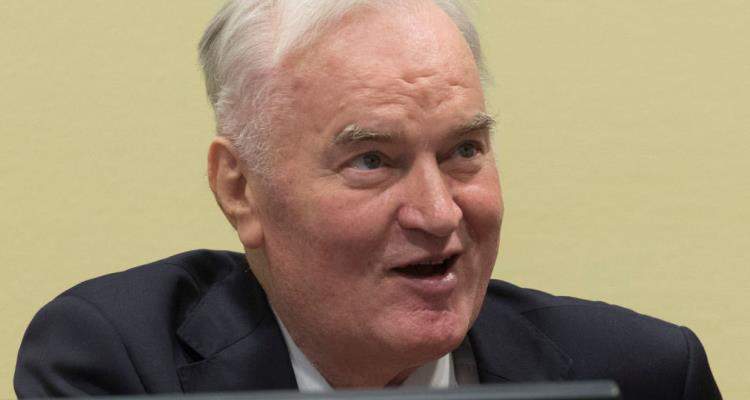 Former Bosnian Serb General Ratko Mladic, also known as the “Butcher of Bosnia” is facing a life sentence for atrocious crimes he allegedly committed during the 1992-1995 Bosnian war. Check out our Ratko Mladic wiki to learn about his trial.

Ratko Mladic’s trial on Wednesday found him guilty of genocide during the Bosnian war. Ratko Mladic, age 74, had an outburst saying to Judge Alphons Orie, “I am very distraught. Everything that you have said is pure lies. Shame on you. It’s all lies.” Mladic’s legal team claimed his blood pressure was too high to continue earlier during the trial, but the Judge refused to halt the proceedings or skip the summation of the case.

Ratko Mladic was jailed on two counts of genocide, nine crimes against humanity, and war crimes for his role in the 1992-1995 Yugoslavian conflict. During those years 100,000 people were killed and 2.2 million were displaced. Although he was not found guilty on one charge of genocide, he still received a guilty verdict on each of the other 10 counts.

The trial originally opened in 2012 and the final decision was made November 22, 2017, at the International Criminal Tribunal for the former Yugoslavia in The Hague, Netherlands. Mladic was accused of organizing a campaign of ethnic cleansing. This included the murder of thousands of Muslim men and boys in July 1995 at Srebrenica. According to reports, it was the worst slaughter that took place in Europe since the Second World War.

Serge Brammertz, Mladic’s prosecutor, said that he would always be remembered for “the many communities and lives he destroyed,” and that “today’s judgment is a milestone in the tribunal’s history and for international justice.” Mladic’s trial has lasted 530 days, and involved over 500 witnesses and almost 10,000 exhibits.

After Wednesday’s verdict, the UN rights chief Zeid Ra’as al Hussein described him as “the epitome of evil.” Journalist Julian Borger had the following to say about him in his book The Butcher’s Trail, “He reassured panicked Muslim women captives that their loved ones would be safe at the same time his soldiers were rounding up and slaughtering 8,000 of their husbands and sons.” Mladic was captured in 2001, after running for 16 years.

Ratko Mladic’s wife is Bosilijka “Bosa” Mladic and they had two children together. Bosa and Ratko Mladic’s kids are son Darko, and daughter Ana. Their daughter died in 1993 at 23 years old in an apparent suicide. Conflicting reports circulated relating to Ana’s death, upon the discovery of her body. Some reports claimed she was found in a blood-splattered bedroom, while others say she was found in a local park or in the woods. Further investigation found that she had used her father’s handgun to commit suicide. The reason why she chose to take her own life remains unknown. Some say the emotional root of Mladic’s ruthlessness was tied to the apparent suicide of his much-loved daughter. According to a few people close to him, it was that incident that hardened his character.