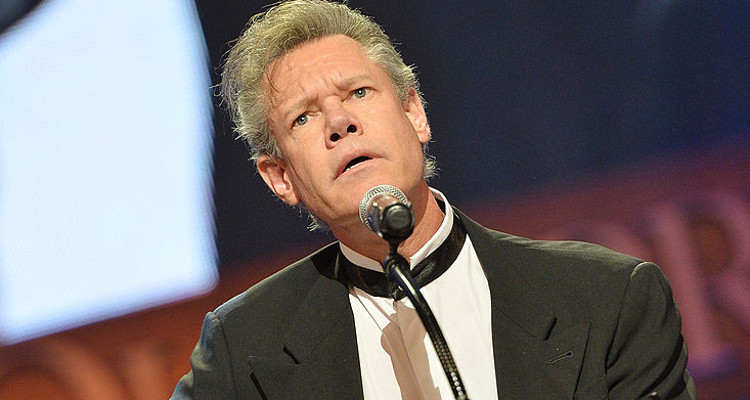 Randy Travis surprised everyone when he sang “Amazing Grace” at his induction ceremony to the Country Music Hall of Fame. It was an amazing comeback for Travis, who suffered a life-threatening stroke three years ago. Fans are hoping that the man who gave them so many memorable songs will return to full-time singing once again.

It was a very emotional moment at the Country Music Hall of Fame 2016 Medallion Ceremony, when country legend Randy Travis sang “Amazing Grace” during his induction. Travis suffered a stroke in 2013 and had lost his capacity to sing. His wife, Mary Davis-Travis, spoke about the many procedures and surgeries that had been conducted to save Travis’ life. Travis had to stay in the hospital for six months following a viral infection that caused his stroke. He had to undergo years of rehabilitation and therapy to regain his voice. The multiple Grammy Award winner was one of the largest selling country music stars before his health took a turn for the worse. Check out our Randy Travis wiki page for more details right here!

Travis was born on May 4, 1959 in Marshville, North Carolina to his parents, Bobbie Tucker and Harold Traywick. His mother was a textile factory worker while his father was at various times a horse breeder, turkey farmer, substitute school teacher, and construction business owner. Travis’ father was a huge fan of country music, so he encouraged his son to pursue music from a young age. Travis started playing guitar and began singing in the church choir. He then started performing in local clubs and talent contests. Travis quit high school and for a while, he lived a life of crime. He was arrested for crimes including auto theft and burglary.

Getting His Act Together

Travis has often apologized for his past misdeeds and brushes with the law. He finally got his act together and in 1978 released his self titled album, Randy Traywick. Soon after that, he formed a personal relationship with his benefactor and manager, Elizabeth “Lib” Hatcher. In the early ‘80s, Travis was rejected by every country record label. Not one to give up, Travis started to write new music and released singles such as “On the Other Hand” and “1982,” which started climbing up the charts.

Then Travis released his breakthrough album called Storms of Life, which became a blockbuster selling in excess of four million copies! From then on there was no looking back. Travis released hit singles such as “No Place Like Home,” “Diggin’ Up Bones” and “Forever and Ever, Amen.” Travis won the Grammy Award for Best Male Country Vocal Performance in 1988 and 1989.

Travis then tried his hand at acting and worked on some Western films. However, it was country music that was his first love and so he kept singing, recording and releasing new music. In the ‘90s, Travis had a string of hits with songs like “Out of My Bones,” “The Hole,” “Spirit of a Boy,” “Wisdom of a Man,” “Angels,” and “I Told You So.”

In 2010, Travis’ tumultuous relationship with Hatcher ended in a divorce after 19 years of marriage. Shortly after that, Travis went off the rails and got entangled with the law. He was found drunk and unclothed on several occasions and was arrested. He once walked into a Tiger Mart, drunk and completely naked, demanding cigarettes from the cashier. Not the finest moment for Randy Travis, indeed.

Then in 2013, Travis was taken to a Dallas hospital due to a viral cardiomyopathy, after a viral upper respiratory infection. There, he then suffered a massive stroke and he underwent surgery to relieve the pressure on his brain. It was after several months of therapy that Travis again set forth on the road to recovery.

To Hell and Back

This recovery was mainly due to the loving care he received from his fiancee, Mary Davis. After recovering, Travis married her on March 21, 2015 and the couple have been together ever since. She was by his side when he accepted his induction into the Country Music Hall of Fame on October 16, 2016. Fellow country singers sang his songs and spoke of his achievements and his amazing contribution to country music. It was an emotional moment for everybody present at the induction ceremony, especially Travis himself. Life had finally come full circle for Travis and it was like he was born again. So, the next time you turn on the radio, don’t be surprised to hear Travis belting out his country hits and winning hearts, just the way he did before.