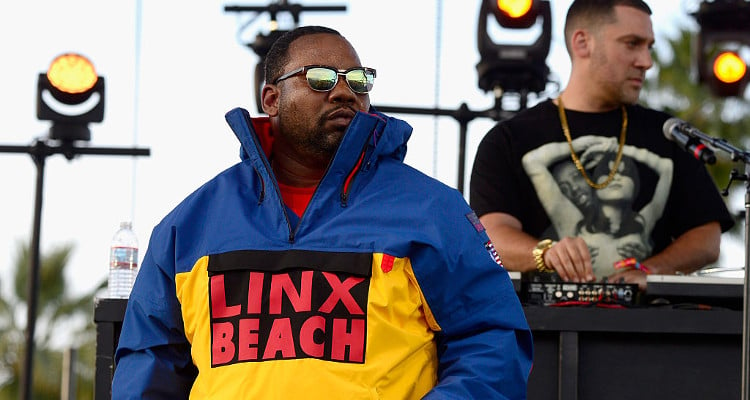 Wu-Tang Clan rapper Corey Woods, better known as Raekwon, celebrated his 47th birthday on January 12. That is when Raekwon announced his new album for 2017.

Raekwon from the Wu-Tang Clan celebrated his 47th birthday on January 12. However, the rapper was the one to surprise fans with a gift! Raekwon took to his Twitter and Instagram to announce his upcoming seventh studio album and also revealed its title and artwork. Raekwon’s new album, The Wild has an intricately illustrated album art, and will be released in March. If you’re dying to know more about Raekwon’s new album, you’ve come to the right place. We’ve got the lowdown on Raekwon’s upcoming album, The Wild.

It’s been a while since we heard some new music from Corey Woods. The Wu-Tang Clan member’s last solo album, Fly International Luxurious Art was released in 2015. The album had become one of the top rap and hip-hop albums of the year on Billboard. Around November 2016, the Staten Island native had been dropping hints that his seventh solo album was cooking. On January 12, Raekwon officially announced his new album, The Wild.

The Wild will be out on March 10, 2017, via ICEH20/Empire Records, the record label founded and owned by Raekwon. “My 7th masterpiece ….this LP is filled with alot [sic] of excitement ….blood sweat and tears,” he wrote in the Instagram post, adding, “This project was designed for the culture of rap to know ain’t a dam [sic] thing change since the beginning of my career.”

There’s no word so far on the track list, or the artists featured on the new album. But we’re still a couple of months away from the March release date. So maybe, Raekwon will surprise us with more news or even a single from the album.

Here you go YALL. My 7th masterpiece ….this LP is filled with alot of excitement ….blood sweat and tears. This project was designed for the culture of rap to know aint a dam thing change since the beginning of my career. The title is called " THE WILD…! " with all the shit thats goin on today ……this title rolled off my tongue like alkaline water in the bloodstream. I must say YALL GON LOVE THIS CLASSIC. !!! GUARANTEED ….THE ILLUSTRATIONS COME FROM A CREATIVE AND RESPECTED ARTIST NAME @Danlish1……he so dope ….we got together and created this. Feel free yall to let me know what you think. I never hate on opinions..trusss. thanks to the fans im still throwing my darts with integrity !!!! 1

The announcement also came with the first look at The Wild album art. The illustrated artwork, designed by artist Dan Lish, has a giant cartoon version of Raekwon that looks to be straight out of a Marvel comic! The giant rapper looks like a hip-hop king with his golden microphone, walking through a post-apocalyptic New York filled with humanoid animals. There’s also the Wu-Tang symbol hidden in the remains of NYC, if you can find it. Fans love The Wild’s original and creative artwork, complimenting Lish and Raekwon. “THE ILLUSTRATIONS COME FROM A CREATIVE AND RESPECTED ARTIST NAME @Danlish1……he so dope ….we got together and created this. Feel free ya’ll to let me know what you think.” Raekwon posted, asking for his followers’ opinions on the cover. The response to the artwork has been overwhelmingly positive.

When Raekwon released F.I.L.A. he spoke to XXL magazine about being in the music industry for over two decades. “I mean, just getting better, you know? Practicing on my craft and really trying to always step the bar up,” he said, adding, “You know, when you a legend, it ain’t easy to still be around, so that kind of gives me the ability to still go out there and push it all the way to the limit because of how people look at me. Being in the game for a long time can only make me a more passionate artist and that’s where I’m at.”

The Wild is reportedly completed, and fans are anticipating it’s March 10th arrival. Hopefully, Raekwon drops a single from the album soon, or at least gives us a taste!