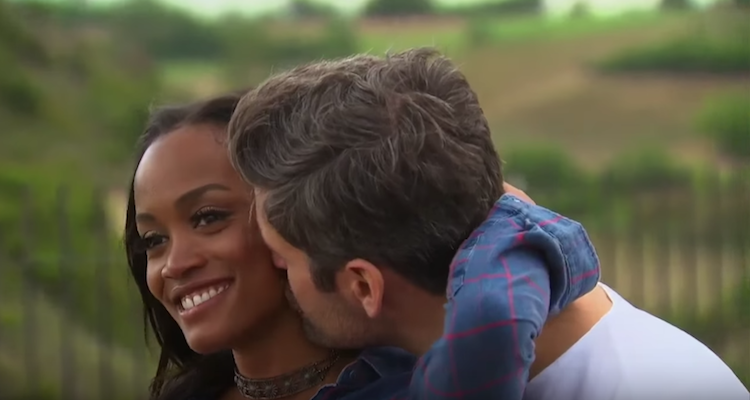 There are just a few weeks left until viewers of The Bachelorette get to find out who the big winner is, and recently, several close friends are kicking off The Bachelorette’s Rachel Lindsay’s engagement party! Bachelor Nation “Bffs” Raven Gates, Astrid Loch, Danielle Lombard, Alexis Waters, Sarah Vendal, and Jasmine Goode, got together for a fun trip to Hard Rock Punta Cana in the Dominican Republic–without Rachel! The star either missed her flight or decided not to show up last-minute, leaving the rest of the girls puzzled.

Now that fans are excited for the big reveal of the winner, people are curiously searching for facts about Rachel Lindsay’s family. Will Rachel Lindsay’s father walk her down the aisle? Will the couple elope? Are they planning a destination wedding? Although these details are still under wraps, here’s what we do know about her family.

After the search for her now-fiancé, Rachel Lindsay was found enjoying a little rest and relaxation with her family. She opted out of her bachelorette party and decided to play it cool with her close relatives. On Rachel Lindsey’s Instagram, she shared a picture of herself with her two cousins for a Sunday afternoon fam jam. Rachel was happy to cheer her cousin on. “Congrats to my lil cousin Jordan and her team S.K.A. on winning their basketball championship this weekend!!!! #familyfirst #cousinlove #basketballrunsinthefamily,” she wrote.

Congrats to my lil cousin Jordan and her team S.K.A. on winning their basketball championship this weekend!!!! #familyfirst #cousinlove #basketballrunsinthefamily

Rachel Lindsay is very close with her family. Ever since we first saw her on Nick Viall’s season of The Bachelor, it was clear that she treasures her family above everything else. Now that she is engaged, the new man in her life will have to get along well and fit in with her family. Rachel’s father is also quite famous, as he is the first ever black Federal United States District Judge for the Northern District of Texas, Sam A. Lindsay. It’s no wonder Rachel sought a career in law! Similarly to her father’s achievement, she is famously the first ever black Bachelorette in all of Bachelor Nation! Sam was appointed to District Judge by former President Bill Clinton. As for Rachel Lindsay’s mother, whose name is Kathy, she works as a computer teacher at the first Baptist Academy. Her work history also includes her role as a computer analyst for ARCO Oil and Gas Company. She is also a Mary Kay beauty consultant. As for siblings, Rachel Lindsay’s sisters are Constance, 36, and Heather, 27. Constance is married to Director of Threat Security Solutions at AT&T Alex Cherones, and the couple has a son named Allister.

Last week, the final three hopefuls on The Bachelorette met Rachel’s family for dinner, and you could cut the tension with a knife! Each of the guys had their own issues, and at one point Rachel said she felt like she was making a big mistake. Thankfully, we know that she has made her decision, but you will just have to tune in to find out who she chose and how well they got along with her parents. Tune into the next episode of The Bachelorette tonight at 8:00 p.m. EST to find out!