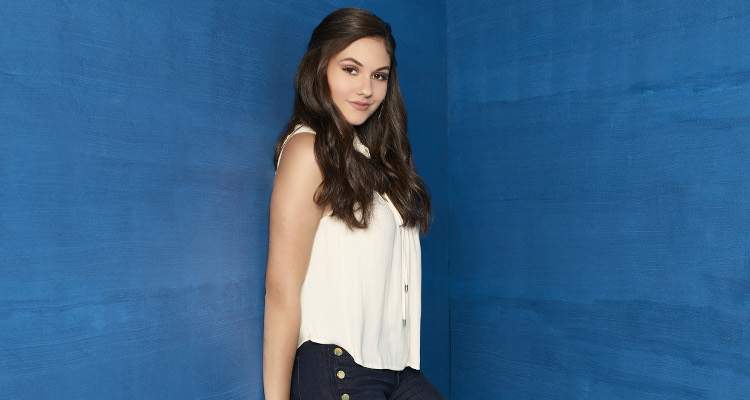 Stuck in the Middle’s latest episode was one Diaz down. How can Harley be stuck in the middle of six siblings? The eldest of the bunch, Rachel, is no longer on the show and fans are freaking out. Why did Rachel leave Stuck in the Middle? We’ve got all the answers you need, right here.

Fans of Disney’s Stuck in the Middle, you might want to take a seat, this is going to be hard to take in. The Diaz family bade farewell to their eldest kid, Rachel. Ronni Hawk, who plays Rachel on the show, left after the episode on January 19. Why did Ronni Hawk leave Stuck in the Middle? Here’s Rachel’s departure explained.

Stuck in the Middle season 3 premiered on December 8 with Stuck at Christmas – The Movie. The opening credits noticeably didn’t feature Ronni Hawk as Rachel.

At that time, Hawk was busy working on another project. Her castmates filmed the Diaz family’s holiday adventure without her. In the movie, Harley (Jenna Ortega) explained that Rachel was spending Christmas in France with her friend’s family.

Season 3 continued to focus on Rachel in the episode titled “Stuck with Rachel’s Secret.” To fans’ disbelief, Hawk was listed as a special guest star in this episode!

As it turns out, Rachel was very busy in France. Harley and Georgie discovered that their eldest sibling applied for a fashion internship in a French university and was accepted. The only problem is the program started earlier than any of them expected. That gave the family less time with Rachel than they thought.

The Diazes were torn about Rachel leaving for France so soon. At one point, Daphne (Ariana Greenblatt) and the twins, Lewie (Nicolas Bechtel) and Beast (Malachi Barton), are reminded of Rachel everywhere they look in a makeup store. Obviously, Rachel and makeup can’t be separated in their memories.

While her siblings come to terms with Rachel’s imminent departure, Rachel breaks the news to her parents. Suzy (Cerina Vincent) and Tom (Joe Nieves) are hardly convinced she can survive by herself.

Frankly, anyone who has watched the show would agree with the Diaz parents. But Rachel proves to everyone that she can be responsible, thanks to a little help from her siblings. The whole family is on board, but Rachel’s nerves kick in and she’s on the verge of not going! Of course, they all convince her to, and Rachel is off to Paris.

After an emotional farewell at the airport, the six Diaz kids and their parents drive back home. Rachel’s privileged “Sweet Seat” in the car remains unclaimed by her siblings who don’t want to replace her.

From the Middle to the Block

In the aftermath of Rachel’s departure, Georgie and Harley fulfill the duties of the eldest sibling together. Those are big shoes to fill, but somehow they pull it off. Rachel is gone but not forgotten on the show. But where is Ronni Hawk now?

The 18-year-old has a new project lined up next and it’s not with Disney. She signed on to star in the upcoming Netflix show, On My Block. The show is created by Lauren Iungerich, the creator of MTV’s Awkward.

The coming-of-age dramedy is set in a rough inner-city background and features a cast of young actors including Hawk, Diego Tinoco, Jason Genao, Jessica Marie Garcia, and Brett Gray. The first season of On My Block will be 10 episodes long and is slated to release sometime this year.