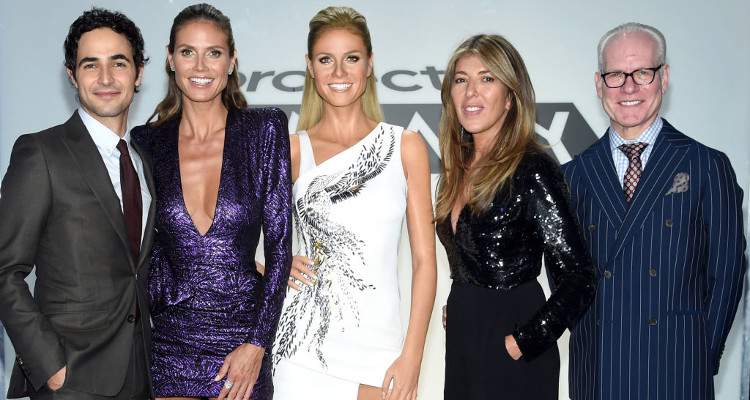 Another chic and fashionable episode of Project Runway season 16 aired on Lifetime,on Thursday. This week, the designers were challenged to create a winter-themed look, which would decide who is going to New York Fashion Week. On Project Runway, things are certainly heating up for this winter challenge! If you want to know more about who was eliminated on Project Runway, then keep reading.

Project Runway season 16 is on! And most of the designers on the show have crossed the significant hurdles to reach N.Y. Fashion Week on Project Runway.

For those of you who don’t know what the show is all about, Project Runway is a reality TV series that focuses on fashion design. The contestants on the show have to compete with each other to come up with the best design and clothes. Furthermore, there are challenges like restriction in time, materials, and theme.

Of course, their work is judged and designers are eliminated mostly every week. The remaining few have to come up with a complete fashion collection for New York Fashion Week. The best-designed collection is selected, and the winner is declared.

The show was created by Eli Holzman and is hosted by Heidi Klum.

Season 16 of Project Runway started on August 17, 2017, with 16 designers competing to be deemed the next great American designer. As of now, 11 contestants have been eliminated, and five are left to compete against each other.

The judges of this season are supermodel Heidi Klum, Nina Garcia, and Zac Posen.

What Happened on Season 16, Episode 12 of Project Runway?

?❄️Brrr it's cold in here, there must be some snow in the runway atmosphere❄️?

Episode 12 of Project Runway was titled, “There’s Snow Business like Sew Business.” The episode aired on November 2, which was a Thursday. And for this particular episode, the runway was transformed into a “Winter Wonderland.”

The designers had to face the challenge of coming up with a winter-themed look. The judges decided who got the opportunity to go to New York Fashion Week on Project Runway and who got eliminated. The guest judge for last night’s episode was actress Katie Holmes.

During last week’s elimination, Margarita Alvarez was saved and this time, she decided to work hard to prevent being eliminated. Five designers remained in the competition to earn their place at Fashion Week and hopefully to win the show.

To set the mood for the designers, Gunn took all five of them to an ice bar. The temperature was frigid, as they were completely surrounded by ice.

Designer Ayana decided on her first coat. And, Brandon was of the view that his existing style of oversized outerwear was good enough for the task.

While the designers were shopping for their materials, Kentaro decided to go with a beige fabric and paired it with a bright yellow color. Meanwhile, Kenya Freeman decided to go for a loud tangerine, beige, and a black patterned-wool fabric.

Unfortunately, Margarita’s plan went wrong when Gunn informed her that the show is a fur-free series after their fabric shopping time was up. So, she had to give back the rabbit fur she selected for her design. But Gunn and the other designers decided to give her an extra five minutes to replace the fur because the rule was not explicitly announced before she purchased it.

Although the designers struggled a lot to finish their design, they somehow managed to impress the judges. And, they were impressed with Brandon’s look.

Margarita’s fur dress was also a big hit, but the star of her design was the wrap coat.

Nina liked Ayana’s idea of using color in her coat, but Heidi found the jumpsuit used under the coat to be childish.

Kenya received average feedback from the judges. However, they were really impressed by the simplicity and unique design of Kentaro’s work.

Who was Eliminated on Project Runway?

Initially, Kentaro, Ayana, and Brandon were announced to be the finalists. Next up, Margarita and Kenya took the stage, with both expecting one to go home. But, the judges did not eliminate them and decided to send both forward in the show.

In the next episode, the contestants will come up with a 10-piece collection. But out of the five, only three will get the opportunity to flaunt their work at New York Fashion Week. So, keep watching Project Runway to find out who will be the winner of this season.

Let us know who your favorite designer is in the comments section below. Also, tell us who you think should be the winner of season 16 of Project Runway!