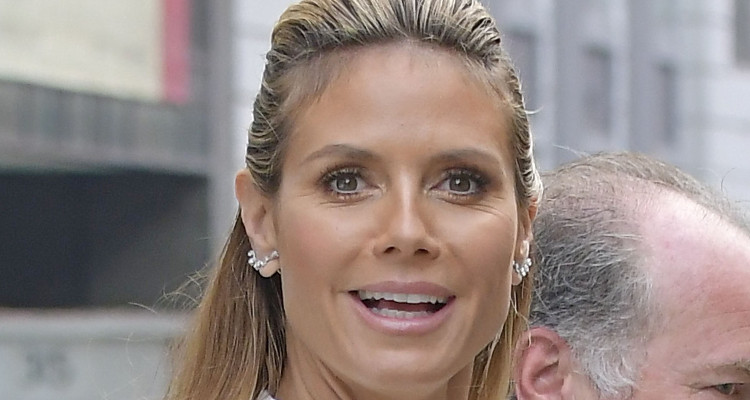 Season 15 of Project Runway promises to be a thrilling ride, as Marie Claire creative director, Nina Garcia and fashion designer, Zac Posen reprise their roles as the judges. Supermodel host and judge, Heidi Klum stated, “The concept is the same, but the people are different, the challenges are different, and our guest judges are different–and they always bring something great to the table, too. The Project Runway season 15 cast also includes a host of celebrity guest judges like Quantico star Priyanka Chopra, model Emily Ratajkowski, The Vampire Diaries star Nina Dobrev, and Project Runway Junior judge Kelly Osbourne, amongst others.

If you enjoyed @ashley_nell_tipton’s takeover then you’re going to love meeting our new designers in 30 min on the S15 premiere of #ProjectRunway!????

#2 Laurence Basse (41): She studied fashion design in none other than the fashion capital of the world, Paris, and is extremely confident in her creativity.

#DesignerLinda was a news reporter for 15 years before designing her first handbag line! @lindamarcusdesign #ProjectRunway

#3 Sarah Donofrio (34): Hailing from Portland, this talented designer holds a diploma in fashion design, and even taught a fashion business class in Canada! Fashion design in her first love and she sketched her first design (a bathing suit) at the tender age of ten!

#4 Ian Hargrove (30): The Chicago native entered the Project Runway auditions without expecting to get selected. He is currently studying to get his degree in fashion design.

#5 Tasha Henderson (33): This outgoing designer takes pride in the fact that she has come this far, without any formal training in fashion design whatsoever! She hails from Shreveport, LA and credits her mother for teaching her everything she knows. Kudos to her!

#DesignerBrik spends his time caring for his garments and his pet goat!???? @hausofbrik

#7 Linda Marcus (55): The oldest contestant on season 15 of Project Runway, Marcus comes from Milwaukee and credits her experience in fashion design, to her age and maturity. She understands people’s need to look young and hip, and is completely self-taught.

#8 Cornelius Ortiz (24): This 24-year-old from Boston is a die-hard fan of Project Runway, and holds a BA in fashion design and retailing.

#9 Roberi Parra (32): One of the stronger contestants among the Project Runway season 15 cast, Parra is originally from Venezuela and attended one of the best art schools in the world, Central Saint Martins in London, UK.

#10 Jenni Riccetti (22): Originally from San Francisco, she decided to become a fashion designer at the tender age of seven! She is confident in her abilities, despite being a self-taught artist with a keen aesthetic sense.

#DesignerKimber loves team challenges and believes that they can result in an even greater design! @rebmik #ProjectRunway

#11 Kimber Richardson (42): The New Yorker is a late entrant in the fashion industry, kick-starting her designing career just three years ago. An alum of the Art Institute in NYC, she is maintaining a positive approach towards the competition.

#12 Erin Robertson (29): This Cambridge native is a Massachusetts College of Art and Design alum, where she studied fashion design and fiber art.

#13 Dexter Simmons (32): The talented designer from Oakland stumbled into fashion, when he stitched costumes for indie bands. Dexter realized his true potential, after requests for his clothes began pouring in. He credits his on-the-job training for his superior designing skills, although he attended the Fashion Institute of Design and Merchandising in California.

#14 Alex Snyder (30): Hailing from San Francisco, he began sewing as a child to cure his ADD (Attention Deficit Disorder). He holds a BA, as well as a Master’s in Fine Art in Design.

#15 Rik Villa (31): The second time’s definitely a charm for this LA designer, who had previously auditioned for Project Runway in 2011. He has been designing clothes since he hit puberty, and was actually fired from his job in retail. He though it was the perfect opportunity to apply for the show!

#16 Mah-Jing Wong (28): Mainly a women’s designer, this Philly native took a fancy to designing clothes at the tender age of 11, and hasn’t looked back ever since. He holds a degree from the Art Institute of Philadelphia.

Don’t miss season 15 of Project Runway, which airs on Thursdays at 9:00 p.m. EST only on the Lifetime Channel.