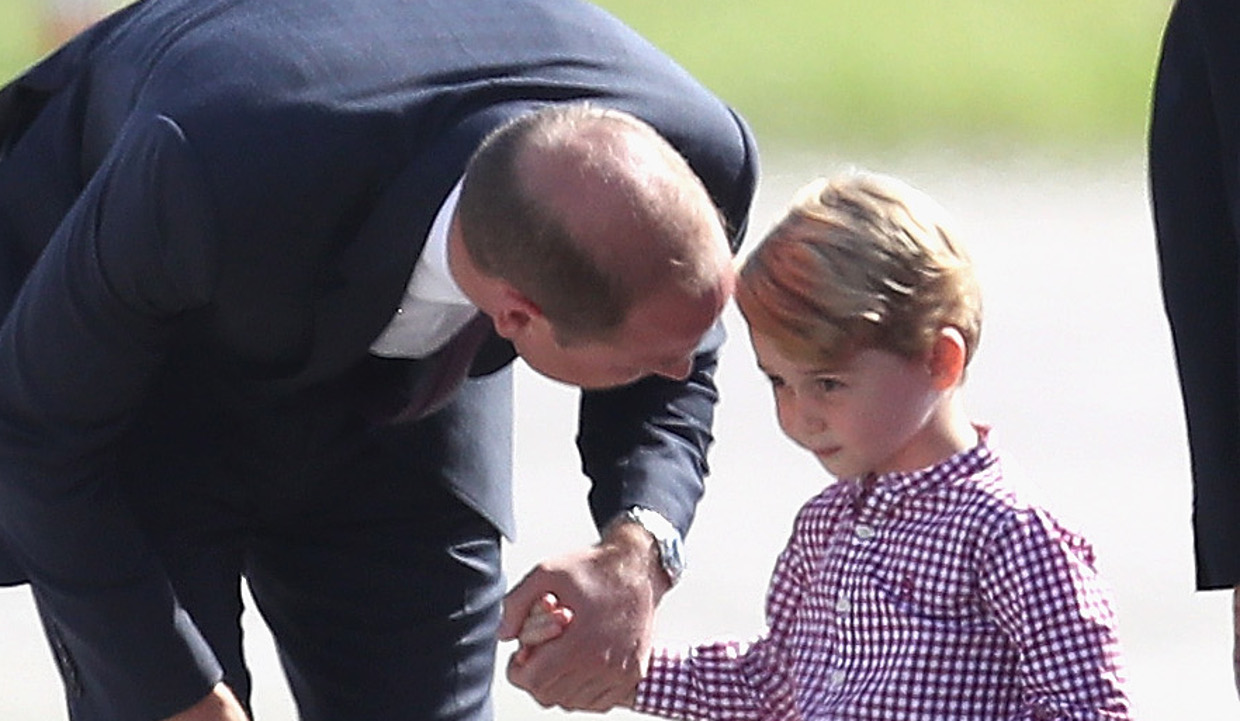 There is a lot of intrigue and excitement attached to the upcoming newest member of the royal family. But there are a few fraudulent websites who have crossed the line while reporting news about these public figures. EarnTheNecklace.com is here to set the record straight!

Prince George and Princess Charlotte are in the eyes of the media constantly now more than ever, as they are about to meet their baby sibling sooner than later. The Duchess of Cambridge has entered her final weeks of pregnancy and is on official maternity leave.

People who are following the royal family closely are being misled by NewIdea.com.

While the whole world wants to know if the new baby is a boy or a girl, as it is not officially announced yet. Many bets have been placed on the gender of the baby to be a girl.

However, Australian weekly magazine, has confidently published insider information on the little prince, on what he spoke to his mother about the new baby.

The magazine claims that Prince George has a name for the new baby. And that he often talks to Kate Middleton’s pregnant belly, calling the baby, “Peanut.”

Nobody else has got their hands on this so-called exclusive news, which would have otherwise become a sensation by now.

The article claims that the name Peanut resulted from the ultrasound the prince saw. When Prince George saw the baby’s ultrasound, he said it looked like a peanut, and that’s when he told his mother about it.

Prince George, 4, has been known to be a shy boy when it comes to facing the camera. He is usually spotted close to his parents and in complete control of his emotions.

Prince William’s first born is known to be a trendsetter already. And this pint-sized influencer has certainly made heads turn with his impeccable fashion choices!

While the website boldly states that Prince George has already struck a friendship with the unborn baby, there are very little facts that back it up.

A boy of his age hardly knows anything about babies. Even if he has made friends with the baby, we’re certain he’s not calling it Peanut.

The royal family may be very public, but they have always maintained a code of conduct when it comes to personal matters. And this piece of news sounds very intimate for a “source” to reveal it only to this website.

Kensington Palace has always kept people in the loop about all important developments in the royal family’s life. So, we’re sure they won’t approve of this fake news either!

Prince George reacting to this piece of fake news:

Meanwhile, Kensington Palace is busy making announcements on Twitter of the upcoming royal wedding, with the latest development being the florist.

Meghan Markle and Prince Harry have chosen Philippa Craddock as their royal florist to create church flowers for the grand wedding.

While the royal family is keeping the media guessing about various things related to the wedding, like Markle’s dress design and the bridesmaids, they are making sure they release one part of the wedding at a time.

With all the attention on the upcoming ceremony, we’re sure no insider would’ve revealed sensitive information of this kind.

You know what they say, don’t believe everything you read on the Internet!