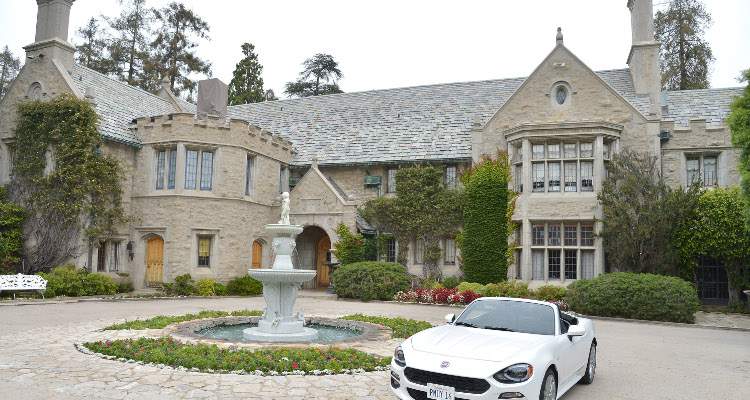 The Playboy Mansion may gain the status of a historic-cultural monument by the city of Los Angeles! The mansion changed ownership long before Hugh Hefner’s death but it is still (and likely always will be) revered as the home of the Playboy mogul and his many “playmates.” So, who bought the Playboy Mansion? The current owner might have some trouble over the potential monument status.

After the death of Hugh Hefner in September 2017, the Playboy Mansion has been crying for help. The Playboy mogul’s home was already a far cry from its glory days, but has been in desperate need for repairs since he died. A silver lining for the Playboy Mansion came when it was bought by Hefner’s neighbor. However, L.A. might declare the Playboy Mansion a historic-cultural monument, which threatens to halt renovations. The Twitterverse, however, has its opinion on the matter.

Should the Playboy Mansion Be a Monument?

The Playboy Mansion was a longtime home for Hugh Hefner and his countless Playboy Playmates. But in the recent years, Playmates have detailed how the mansion was decrepit and not fit for living.

Metropoulos intended to renovate the Playboy Mansion and sought approvals to do so. He reportedly received permission to fix the plumbing and termite damage. However, the approvals have hit a hurdle.

The city is pushing to name the Playboy Mansion a historical monument. This means that work to repair the damage will have to halt. A monument designation puts limits on any changes on the property.

The good news is that the mansion is a lock for approval within the next 30 days. Once approved, it would also prevent the mansion from being demolished, unless the city allows them to do so.

all these people condemning @realDonaldTrump on his locker room talk…now accused of sexual harassment and molestation…haha! oh, and LA trying to convert the playboy mansion into a historical monument? ? i love this. #hypocrites

But the declaration of this new monument in L.A. has been met with mixed reactions. The Internet is divided over glorifying Hugh Hefner any further when movements such as #MeToo and Time’s Up are at their peak.

Hefner is celebrated for a lot of things, including sexual liberation, standing up for LGBTQ rights, fighting against racism, and giving a place to writers that other publications rejected.

But Hefner was also criticized for his misogynistic portrayal of women. Former Playmate, Holly Madison was among the many former residents who described the not-so-fantastic life within the Playboy Mansion.

The Twitterati is of the opinion that if the President’s and other celebrities’ sexual misconduct is unacceptable, so is Hugh Hefner’s representation of women.

The Playboy Mansion and Hugh Hefner’s empire have an irreplaceable position in pop culture history, but it’s better off not being immortalized for the wrong reasons. What it needs more than a monument status is repair.

Oh yeah the Playboy Mansion should be a Historic monument for sure representing wannabe pimps using and exploiting young immature women to make a pimp fortune.This is in keeping with the PEDOWOOD environment.I have to puke now ??????????