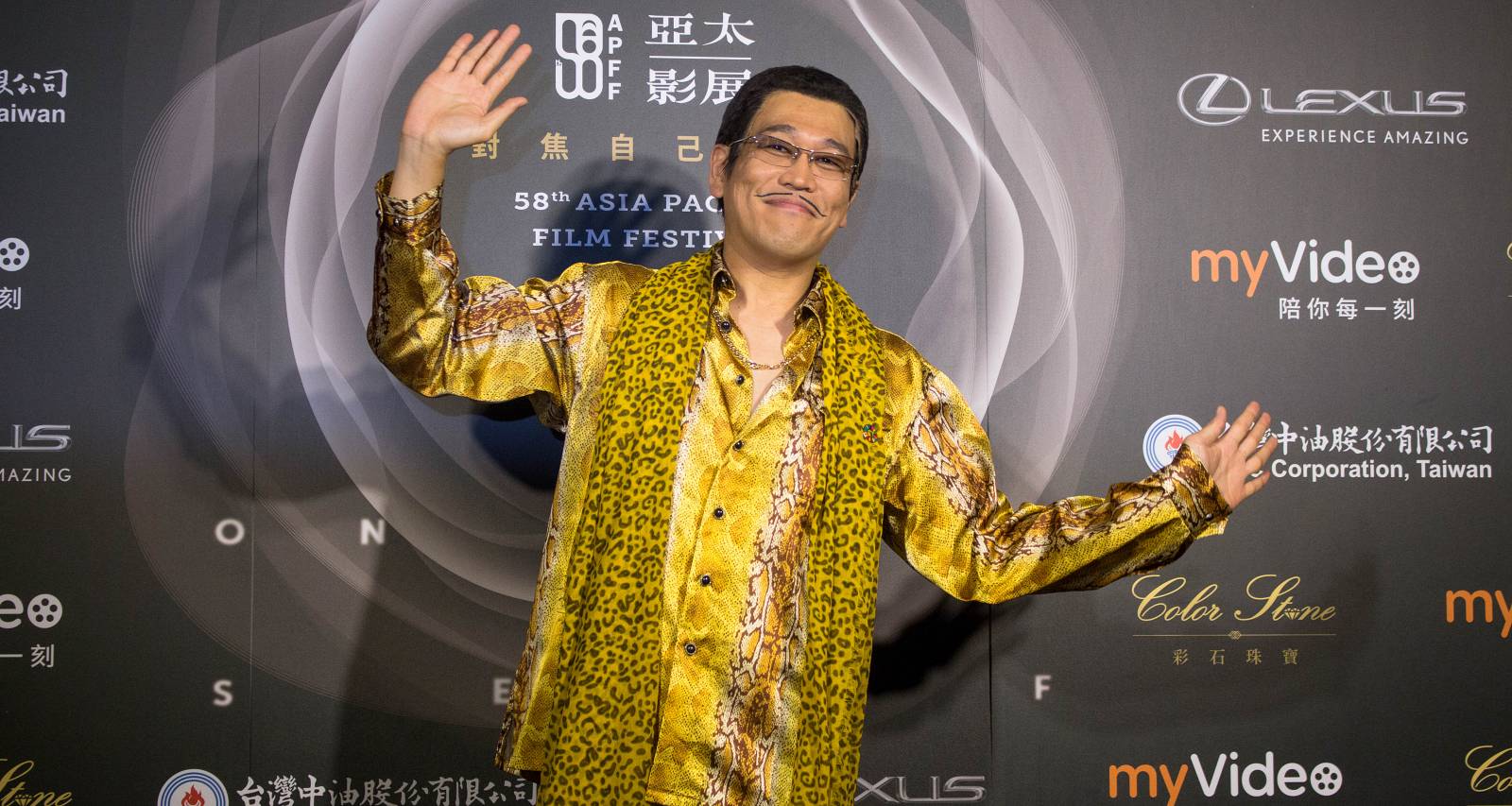 If you follow Justin Bieber (or if you don’t) you’ve probably heard about the new viral PPAP song that is taking the Internet by storm. The “Apple Pen” song went viral after celebrity popstar, Justin Bieber shared the video on Twitter, calling it his “favourite video on the Internet.” Considering the star has over 88 million followers, the video instantly went viral on September 27. The PPAP singer, DJ Kosaka Daimaou also known as Kazuhiko Kosaka, created the character “Piko Taro” for his music video, and people are wondering what on earth is the “Pen-Pineapple-Apple-Pen” meaning? If you want to learn more about this crazy song and Piko Taro’s wiki, here’s the scoop.

You Can Learn the Dance

#PPAP is trending on Twitter and it’s all because of Kazuhiko Kosaka. The Japanese comedian shared his video on social media and even posted a tutorial of how to perform each of the moves to the dance. Don’t worry though, there’s really nothing to it. Literally. The comedian’s Twitter video goes through each of the steps in careful detail to be sure fans do it just right! Thankfully the dance is pretty straightforward. Even people with two left feet can get down with it, check it out:

The Song Is Going Viral

“Pen-Pineapple-Apple-Pen” was originally posted to YouTube on August 25, but only after Justin Bieber posted it did it go global. As of today, the video has exceeded 9 million views and 73,000 likes! On Facebook, it gained over 59 million views, 500,000+ likes, and nearly 1 million shares. People have dubbed it the “next Gangnam Style.” The whole video, shot against a white background, includes no props, only the DJ’s invisible objects that he manipulates with his bare hands. Thankfully, you don’t need to guess what the invisible props are—he spells it all out for you in the video. The lyrics include phrases like, “I have a pen. I have an apple. Apple Pen! I have a pen, I have Pineapple. Uhhhh, Pineapple Pen!” It’s bizarre to say the least, but apparently, people are loving it.

What Does the Song Mean?

This is definitely a song that will stick in your head (even if you try to forget it) but what does it mean? Unless you’re a toddler, you’re either laughing your head off or puzzled about the subject matter. Based on the motions of Piko Taro’s hands, most people have assumed there might be a sexual innuendo behind it. After all, the performer continually pokes the invisible pen into the invisible fruit while making sighing noises—no wonder people are reading into it! Whether that’s the true meaning behind the song or not, when you see the video you’ll either love it, hate it, or wonder what has happened to society.

Decide for yourself by watching the music video below!