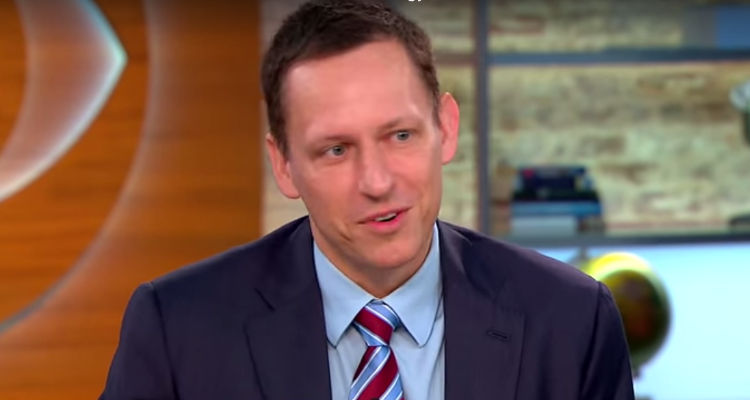 The U.S. presidential elections are in full swing and you can certainly tell by the heat that’s generating at this year’s Republican National Convention (RNC). Many prominent figures have given their speeches in support of Trump and it’s been a whirlwind of emotions. From his wife Ivanka’s blatant plagiarism of Michelle Obama’s 2008 speech to his daughter Tiffany’s distant tribute, there have been many surprising twists and turns. Next up to take the stage is tech billionaire Peter Thiel. Most of the media is pretty shocked that he is supporting Trump, which means that the Peter Thiel RNC speech should be pretty interesting. Thiel is a libertarian who is arguably one of the most powerful people in Silicon Valley, while Trump is an authoritarian populist. So, why is he supporting the Conservative party hopeful tonight? We’ve got the latest scoop here. You’ll be able to learn everything about the Peter Thiel speech, from the Peter Thiel women voting to information about a Peter Thiel boyfriend. Were you looking to get the low down on the Peter Thiel Wiki? Just read on and learn more. We’ve even thrown in the Peter Thiel net worth!

Before he was ranked #4 on the Forbes Midas List of 2014 with a net worth of $2.2 billion, he was born on October 11, 1967 to Klaus Thiel (a chemical engineer) and Susanne Thiel in Frankfurt am Main, West Germany. He was raised in Foster City, California where he managed to become one of the highest ranked under-21 chess players in the country. Thiel went on to study at Stanford University where he received his B.A. in Philosophy in 1989 and later got his J.D. from the Stanford Law School in 1992.

What Thiel is best known for is co-founding PayPal, but before that, he was a clerk for Judge J.L. Edmondson after graduating from Stanford. It wasn’t until 1998 that he co-founded PayPal with Max Levchin and from the get-go, it was a hot company. It went public on February 15, 2002 and was sold to eBay for $1.5 billion. Thiel has a 3.7% stake in the company, which meant that he walked away with $55 million at the time of the acquisition.

In addition to his success at PayPal, Thiel is also responsible for launching the global macro hedge fund, Clarium Capital and pursues a global macro strategy. He also made a $500,000 angel investment in Facebook with a 10.2% stake in the company and is now part of the company’s board. He was even portrayed in the movie about Facebook, The Social Network, by actor Wallace Langham. In addition to his role in Clarium Capital, he also founded the Founders Fund in 2005, which is a San Francisco-based venture capital fund. He has invested in the early-stages of many now-successful startups including LinkedIn, Yelp Inc., Quora and Friendster. He was awarded venture capitalist of the year in February 2013 and received a TechCrunch Crunchie Award.

Thiel lives in Silicon Valley with his boyfriend. He is a Christian who has put money behind many political campaigns, from Republican John McCain to Libertarian Ron Paul. He is described in a Telegraph article “of medium height, stocky in build, and moves like a man who, even at the age of 46, has not quite got used to his body.” The reporter describes how he reluctantly eats an egg white omelet after he comes home from a three mile run. In his glass-lined office in Silicon Valley, Thiel directs the business of PayPal and the rest of his capitalist ventures. A genius in many regards, he is trying to make the world better one step at a time and with his philosophical and legal training, he is lending an interesting perspective to the business world.