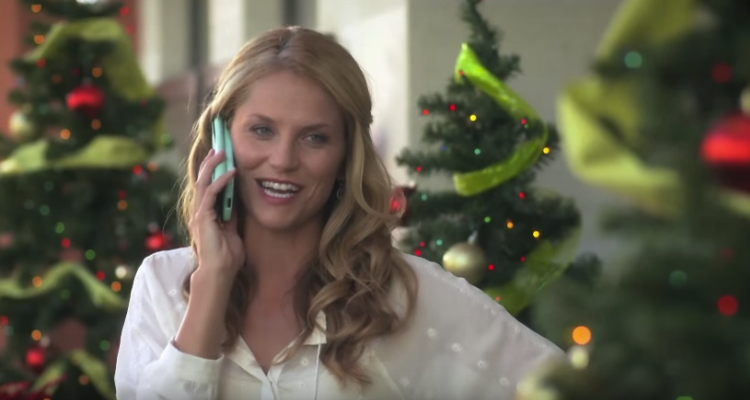 It’s the perfect Sunday to catch A Perfect Christmas List on Lifetime! So, get the hot chocolate and popcorn out and snuggle into this adorable Christmas movie that is guaranteed to give you all the Holiday feels! But first, get everything you need to know about the A Christmas List cast, right here!

As the holidays quickly approach, Lifetime is pulling out all of the stops in terms of their seasonal viewing! Along with all of the newer Christmas movies they’re producing, they’re also bringing back some of the old fan favorites! Tonight, you can watch A Perfect Christmas List on Lifetime at 8:00 p.m. EST. If you haven’t already seen this adorable and hilariously cheesy Christmas movie that stars the effervescent and legendary Marion Ross, then you can read all about the A Perfect Christmas List cast right here and find out everything you need to know about these talented actors!

The plotline of A Perfect Christmas List, which premiered in 2014, is about as predictable and cheesy as a Lifetime movie can get and we love it! It’s ripe with silly misunderstandings, but that doesn’t mean it’s not worth watching, even if only to see the delightful Marion Ross back on your TV screen!

In this role, she plays a spunky and crafty grandmother named Evie, who suffers a bad fall, which results in her spraining her ankle and being bedridden as per her doctor’s orders. Evie concocts a detailed Christmas list consisting of all of the things she hoped to accomplish over the holiday season, but won’t be able to, given her injury! Evie’s son-in-law, Tim calls his daughter, Sara to inform her of her grandmother’s injury and implores her to pay Evie a visit and spend the holidays with her family. However, Sara is extremely reluctant to return home for the holidays because she doesn’t get along with her mother, Michelle. Despite the fact that they’re always at odds with one another, Sara ultimately agrees to make the trip for her ailing grandmother. During a home visit from Evie’s handsome doctor, Michelle overhears a seemingly disturbing conversation between the two that leads her to believe her mother’s condition may be much worse than she anticipated. Naturally, chaos and hilarity ensues as Michelle convinces Sara to complete each item on Evie’s perfect Christmas list in order to make her happy.

Throughout the whole endeavor, the mother and daughter manage to repair their damaged relationship and in the process, and Sara even manages to find true love. A true Christmas miracle!

Watch the A Perfect Christmas List trailer below for a sneak preview of this adorable Lifetime movie!

A post shared by Michaelyn Straub Photography (@michaelynstraubphotography) on Sep 22, 2017 at 8:08pm PDT

Marion Ross has enjoyed a prolific and illustrious acting career spanning over six decades in TV, movies, and on the Broadway stage. Shortly after graduating high school at the age of 18, she signed her first official contract with Paramount Pictures and appeared in a series of uncredited background parts in films like The Glenn Miller Story (1954) starring Jimmy Stewart and June Allyson and Sabrina (1954) starring Audrey Hepburn. Throughout the years, she’s made countless appearances in classic and modern movies and TV shows, but her most notable role to date was playing Marion Cunningham on the 1970s hit sitcom Happy Days, which ran for an astounding 10 seasons and produced several spinoffs.

You may know actor Richard Karn as Al from Home Improvement, but he’s actually remained quite active in the entertainment industry since he starred opposite Tim Allen in the 1990s. Not only has Karn starred in numerous TV movies and series over the years, but he’s also expanded his acting capabilities to making various shorts, as well. The Seattle native took on the recurring role of Judge Jon Oplinger on The Bold and the Beautiful and he also had the longstanding recurring role of Arthur Piller on CTRL. Karn currently has two upcoming TV projects in the works entitled Eastern Market and Find Your Future Reality, respectively. He also starred in the most recent Lifetime Christmas movie, Christmas in Mississippi.

Photo by the great Ritchie Arpino. I have such talented pals

Like his co-star, this 34-year old Santa Clara, CA native has also made a guest appearance on the CW hit series, Supernatural and aside from that, he’s also enjoyed a very successful career as an actor. He’s made countless appearances in high profile TV shows and films. Some of his most notable appearances include Greek, Baskets, The Middle, a recurring role on Twisted, NCIS, Glee, and Criminal Minds, just to name a few.

Originally hailing from Michigan, Ellen Hollman is an extremely talented and hardworking actress and producer. She’s mostly known for her work on Spartacus playing Saxa, a role for which she performed all of her own stunts! Like some of her A Perfect Christmas List co-stars, she’s also made appearances on NCIS and she was also in Into the Badlands. Aside from having a successful career in film and television, Hollman is also the founder and CEO of the L.A.-based non-profit organization, Visual Impact Now, which has helped thousands of young children with visual impairment.