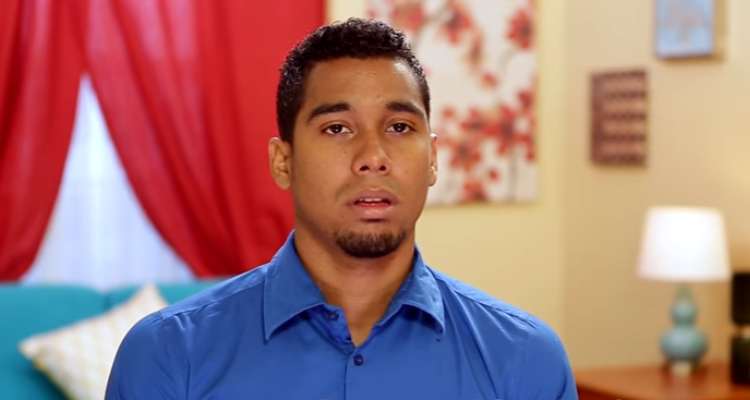 90 Day Fiancé is one of the most dramatic shows in reality television today. Couples have been paired up and have invited their international significant others to their home towns, to pursue engagement and marriage. But it did not come without its share of surprises, disappointments, arguments, unmet expectations, and loads of drama. Ahead of the show’s upcoming spin-off, people are itching for updates on the couples. Today we’re looking at where 90 Day Fiancé’s Pedro and Chantel are in 2017. Are Chantel and Pedro still together? Keep reading to find out.

The 90 Day Fiancé’s Chantel and Pedro…where are they now? The last time we saw the couple they were meeting with a lawyer in Atlanta, looking for guidance and reassurance on the prenup that her parents were forcing them to sign. Through a translator, Pedro was assured that in America, prenups are common and smart. Chantel has zero assets, but she still wants to protect her inheritance from her family and any future earnings she makes along the way. Everything seemed to be going swimmingly, until the day before the wedding. The lawyer was unable to drop the paperwork at that time, leaving Chantel freaking out about the issue and worrying about what her mother would think. The incident meet Pedro finally realize that he is not marrying independent, mature woman, but a child.

Are Chantel and Pedro married? Last season, the couple had a private wedding ceremony, where Chantel’s family arrived late. Even so, the couple seemed happy to tie the knot. On both of their Facebook profile pictures, a ring is on Pedro’s left hand, and the couple seemed genuinely happy in the photograph. But are Chantel and Pedro still married? Chantel’s Facebook page also reveals that she now shares Pedro from 90 Day Fiancé’s last name, suggesting the couple may still be together, but we may have to find out when the spinoff of the show begins.

The couple were introduced through a mutual friend, and after meeting for the first time, they became passionately enamored. When Pedro came to America, the couple spent almost 90 days secretly engaged. Despite her family’s skepticism, Chantel married Pedro, and now the couple are taking it day by day, to see if they can make their relationship work as a married couple in America.

Chantel’s family may not fully trust Pedro, but Pedro’s mother has not been supportive of their marriage, either. For a recap, Pedro’s mother does not like that Chantel waited to tell her family about their engagement so close to the wedding. She also does not like the fact that they decided to get a prenup, and believes they did it because they don’t understand how valuable Pedro is. Pedro seems to have no problem telling his mom all the details of his new relationship with Chantel, but Chantel does not like it one bit. She complained in a recap video, about how Pedro tells his mother too many things, and when she speaks in their native language, Chantel does not understand and feels disrespected. Check out the clip below!

If you’re looking for Pedro from 90 Day Fiancé’s Instagram, he doesn’t appear to have an account. The show producers of reality television like to keep details of the show under wraps, so maybe it’s a good thing. Suspense is definitely building and fans can’t wait to find out what happens next! Let’s hope their communication skills have improved significantly in the past few months. Stay tuned for more updates on when the new season will air!