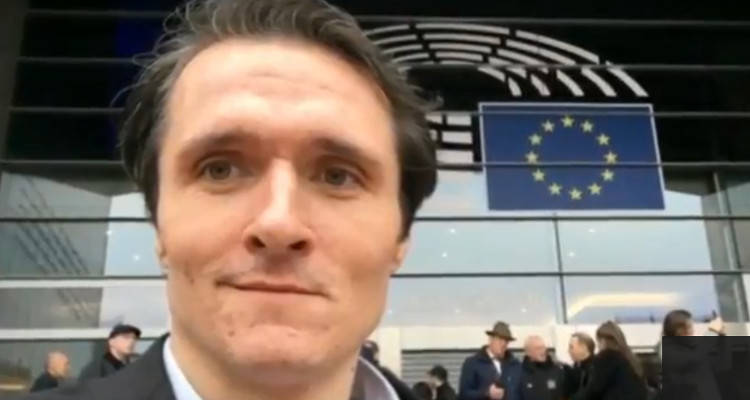 His loyal readers will miss the satire Paul Horner imbibed into his stories. The fake news writer passed away in his sleep on September 18, 2017. Horner was a controversial figure who wrote fake stories that regularly influenced real-life events, especially the 2016 U.S. presidential election.

Paul Horner, the fake news writer, was found dead in his bed at his home on September 18, 2017, as confirmed by the Maricopa County, Arizona coroner’s office. An autopsy performed by authorities found no evidence of foul play. So far, there has been no official statement on Horner’s cause of death, but the writer had a history of prescription drug abuse. The medical examiner said that “evidence at the scene suggested this could be an accidental overdose.” Horner had a history of heart problems since adolescence. Learn more about him in Paul Horner’s wiki.

Born on November 5, 1978, Horner’s age was 38 at the time of his death. He was a writer, comedian, and regular contributor to fake news websites whose stories are believed to have influenced the 2016 U.S. presidential elections in a big way. Horner became the lead writer for the National Report since its inception, and wrote some of his most successful “fake” stories for the site. One of Paul Horner’s articles accused former Arizona Governor Jan Brewer of mandating gay-to-straight programs in all Arizona K-12 schools. After this story broke, Brewer actually had to go on live television to say that she was doing no such thing. Horner also wrote that the city of St. George, Utah made pornography illegal and first-time offenders would get 30 days in jail. This caused a stir online, as was the intended impact of Horner’s article.

Once, Fox News had a live broadcast on Horner’s story about Barack Obama personally funding a Muslim museum so that it could be open during the government shutdown of 2013, not knowing that it was satirical. Horner left the National Report in 2014 and founded News Examiner as well as websites like cnn.com.de, cbsnews.com.co, and nbc.com.co, to post fake news articles. He continued to post fake news stories that had an impact on real-life incidents. His biggest moment came with his articles on the 2016 U.S. presidential election. According to CBS News, his stories had an “enormous impact” on them. So much so that his stories regularly appeared in Google’s top news search results, were widely shared on Facebook, and believed to be true and shared by people like Trump presidential campaign manager Corey Lewandowski, Eric Trump, Fox News, and ABC News. However, in November 2016, Horner expressed regret for the way his fake news stories were believed and the influence people believed they had on the election results.

Different from the Rest

Though Horner wrote many fake news stories, he hated being put in the same category as writers who deliberately want to be  misleading. He said that “They just write it just to write fake news like there’s no purpose, there’s no satire, there’s nothing clever. All the stories I wrote were to make Trump’s supporters look like idiots for sharing my stories.” Horner was so good at his game that the Huffington Post called him a “performance artist.” With Paul Horner’s death, the media lost an intelligent writer who served to change opinions by seeing the funny side of things, and giving people a laugh while he was at it.