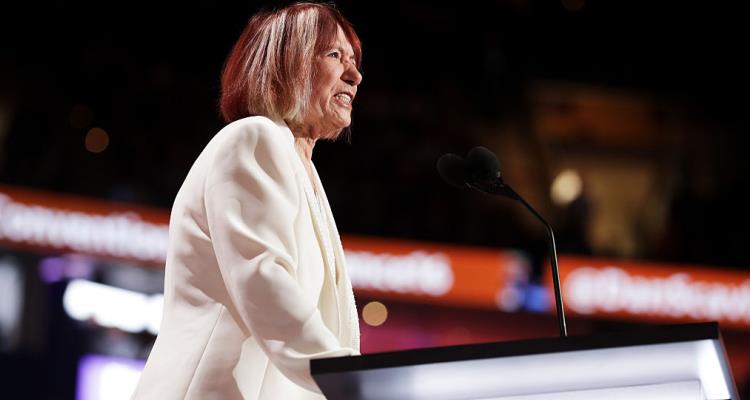 The final presidential debate is on tonight and according to several reports, Republican nominee, Donald Trump has a surprise. After hearing that Trump would be inviting Patricia Smith, Sean Smith’s mother, people have no doubt been searching the Internet to get all the information they can on Patricia Smith and Sean Smith.

So, if you’re looking for all the information you need on Patricia Smith before the final presidential debate tonight, then keep reading, because we have everything you need to know about Patricia Smith.

Many may not be able to find much on Patricia Smith, but chances are you may have heard of her son, Sean Smith, the Benghazi attack victim, who was killed during the September 11, 2012 attack on the U.S. consulate in Benghazi. On the 11th anniversary of the September 11 terrorist attacks, the U.S. consulate in Benghazi, Libya was attacked at night by a group of militants from Ansar al-Sharia (an Islamic militia group that advocates the implementation of Sharia law).

Many feel Hillary Clinton did not do her job as Secretary of State by ensuring they were sufficiently guarded, and they blame her for the lives lost during the Benghazi attack. According to reports, the state department reduced the number of U.S. security personnel assigned to the embassy, despite the very hostile situation in Benghazi at that time. A request for 13 additional American security guards was made by Ambassador Chris Stevens, but was denied by Hillary Clinton. Many believe Hillary Clinton is to blame for the lives lost in the attack, including Sean Smith’s mother, Patricia Smith.

At the time, Sean was an information management officer with the Unites States Foreign Service. He was one of four Americans who died during the 2012 Benghazi attack. Sean was posthumously awarded the U.S. Department of State’s Thomas Jefferson Star for Foreign Service, on May 3, 2013.

Sean Patrick Smith was born on June 1, 1978 and grew up as an only child in Clairemont, San Diego, raised by his mother. He graduated from Mission Bay High School in 1995 and enlisted in the United States Air Force, where he served for six years. Before being promoted to the rank of staff sergeant, he was a ground radio maintenance specialist in August 2000, completing his military service in 2002.

As a Foreign Service employee, Smith was stationed at The Hague, Netherlands, with his wife Heather and his two children, Samantha and Nathan.

As we all know, Trump and Democratic presidential candidate, Hillary Clinton have a habit of bringing guests to their debates, who are meant to upset or throw each other’s game off. According to The Washington Times, Trump has invited both President Barack Obama’s Kenyan-born half-brother, Malik Obama, and Sean Smith’s mother, Patricia Smith to the debate tonight.

At the second debate, Trump invited several women who accused former President Bill Clinton of sexual assault and held a round table before the debate.

During the Republican National Convention in July, Patricia Smith spoke passionately about the loss of her son, Sean. Reportedly, Sean told his mother that all security had been pulled from the U.S. embassy in Benghazi. Patricia holds Clinton responsible for what happened to her son during the attack.

The lack of hard evidence makes it hard to determine what happened in Benghazi, but Patricia Smith still holds Clinton responsible and believes she lied to her when asked for the hard facts.

“When I saw Hillary Clinton at Sean’s coffin ceremony, just days later, she looked me squarely in the eye and told me a video was responsible. Since then, I have repeatedly asked Hillary Clinton to explain to me the real reason why my son is dead. I’m still waiting,” Patricia Smith said.