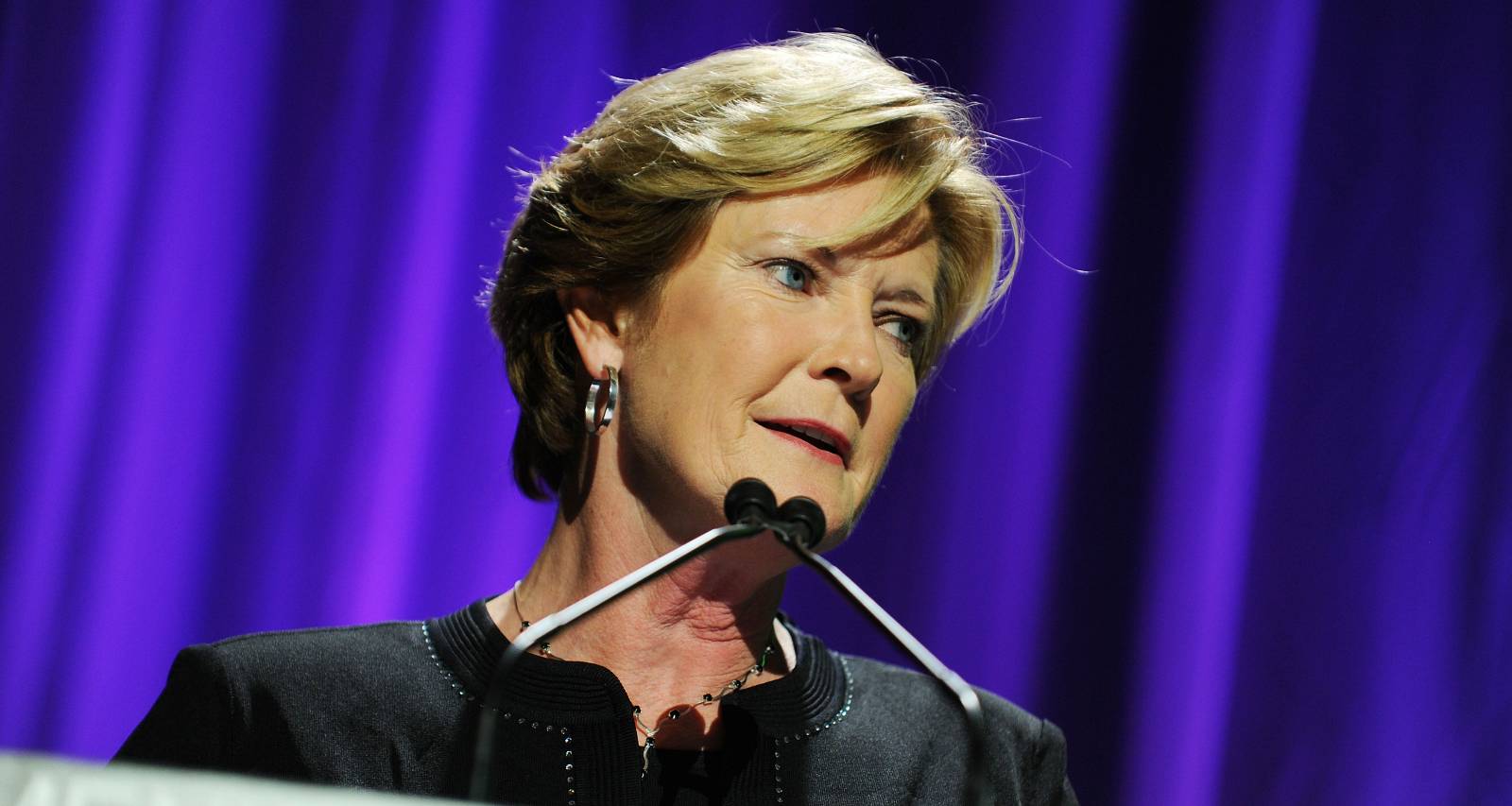 Basketball coach Pat Summitt speaks onstage during the 30th Annual Salute To Women In Sports Awards at The Waldorf=Astoria on October 13, 2009 in New York City. (Photo by Stephen Lovekin/Getty Images for the Women�s Sports Foundation)

The “Pat Summitt cause of death” is unknown at the moment, but her son, Tyler Summitt, said she died peacefully (presumably in her sleep) at Sherrill Hill Senior Living in Knoxville, Tennessee. This saddening news has prompted many to search for terms like “Pat Summitt Alzheimer’s disease,” with which Summitt was diagnosed a few years before her death. Despite her battle with dementia, Pat was a fighter and received several awards, most notably the Presidential Medal of Freedom (the highest award a civilian can receive) in 2012. Here are some need-to-know facts about the Pat Summitt family.

Patricia Sue (nee Head) Summitt was born on June 14,1952 in Knoxville, Tennessee, and was a Hall of Fame coach for her amazing winning streak with her college women’s basketball team, The Lady Volunteers, also known as the Tennessee Lady Vols. Her track record with the college basketball team earned her the highest record of winnings for any coach, male or female, in the National Collegiate Athletic Association (NCAA). She was just 22 years old when she was the coach for the women’s Tennessee basketball team. She has a series of autobiographies and memoirs that chronicled her life’s achievements and her journey to success. She may not have been famous outside the basketball community, but she is being mourned by her peers, family, friends, and the women she coached.

Pat was married to R.B. Summitt for 27 years before divorcing due to irreconcilable differences back in 2008, despite his being a “longtime fixture at games” for Pat. They have a son together, Tyler Summitt, who is also a basketball coach. R.B. went to the University of Tennessee (like Pat) and graduated with a degree in Microbiology. Instead of pursuing a career in sciences, he pursued a different career and worked at the Sevier County bank, where he served as president, a position that was also previously held by his father.

Tyler is only 25 but also pursued a basketball coaching career, following in his late mother’s footsteps. He was practically raised in the gym and was his mother’s student assistant coach at the University of Tennessee. His first official assistant coach job was with the women’s basketball team at Marquette University before taking the head coaching job at Louisiana Tech. Tyler had to resign his post as coach due to an inappropriate relationship—the details of which were never specified—ending his time with the Lady Bulldogs in Louisiana. At the time, Tyler was married to his high school sweetheart, Anne. They were married with no children and were living in Ruston, Louisiana.