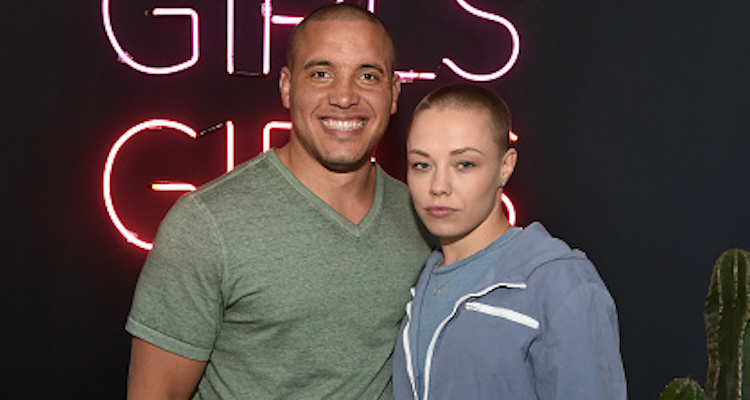 With a rematch announced for what was one of the best fights in the women’s division, the spotlight is turning on to Rose Namajunas once again. One of the big questions that come up is: Who is Namajunas dating? MMA fans might be surprised to learn that her fiancé is a familiar name in the worlds of MMA and kickboxing. In this Pat Barry wiki, we will take a look at the life and career of this kickboxer and MMA legend.

Who Is Pat Barry?

Who is Rose Namajunas’ boyfriend? For newer fans of MMA and kickboxing, his name may sound familiar but some may not exactly know how. But for those who have followed either sport for a few years, he name is very memorable.

Patrick Joseph Barry was born on July 7, 1979. While he was a big fan of martial arts through movies and video games, Barry didn’t start training until what would be considered now as late in life.

While attending the University of New Orleans for a degree in sociology, Barry began training in martial arts. Specifically, he worked in wushu, sanshou, and kickboxing. Within two years, Barry made his professional debut at the U.S. Open International Martial Arts Championships.

Shortly after his debut, he switched his focus to kickboxing. Pat Barry’s kickboxing prowess is what brought him the most success over the years, but he was not a slouch when it came to MMA either.

Pat Barry’s fight record isn’t the most amazing, but if you take a look at who he fought against, it’s a who’s who of kickboxing and MMA. In K1, he defeated Gary Goodridge. Pat Barry’s MMA career includes fights with guys like Mirko Cro Cop and Cheick Kongo. He also trained with former UFC champion and WWE star Brock Lesnar as part of Team DeatchClutch.

Barry retired from MMA in 2014 and began focusing and working on his kickboxing career. While he has not had a fight since 2015 as a kickboxer, he hasn’t officially retired from professional competition.

Rose Namajunas and Pat Barry began their partnership not as a romantic one, but as one of coach and athlete. Barry recalled meeting Namajunas telling UFC.com that “Ever since the day we met, I specifically remember telling her that, ‘You are special and you have a talent.’”

The two eventually started dating and are currently engaged. That’s not to say that there haven’t been some bumps in the road for the couple. The biggest bump being the substance abuse issues that Barry developed.

Barry, unfortunately, fell into drug abuse, specifically alcohol and prescription pain pills. Like many, at the beginning, it started small. A pill and a drink to help relax sore muscles and take the edge off. Soon, the number of pills and booze grew and eventually it paid its price.

After training with Brock Lesnar, Barry went out for a pizza. The pizza led to shots and drinks. The shots and drinks nearly lead to a fight, but instead of fighting, Barry got into his car. A cop was right behind him, and off to jail Barry went.

The incident damaged his relationship with Team DeathClutch and more importantly, Namajunas. After a period of separation, the two eventually got back together while Barry battled addiction. Currently, Barry has been sober for nearly two years.

There is no doubt that Barry loves Namajunas. One look at Pat Barry’s Instagram shows it. He not only has pictures showing Namajuanas’ training, but their lives together with their dog. The couple look very happy, healthy, and in love.