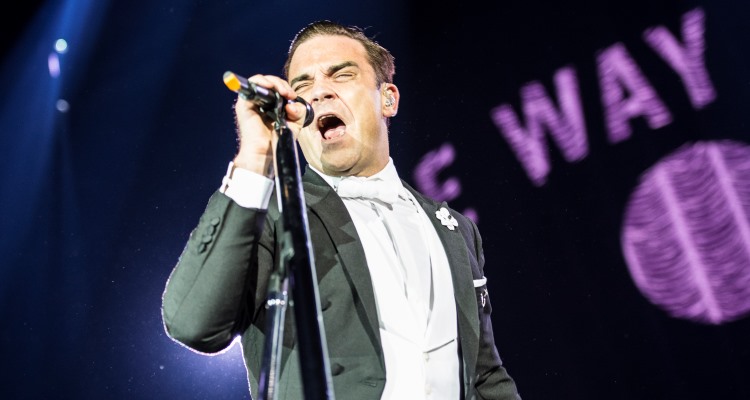 One of the key lines of Williams’ new song goes as follows: “It takes a certain kind of man with a certain reputation to alleviate the cash from a whole entire nation, take my loose change and build my own space station.” The singer already decided to adjust some of the lyrics to make them less offensive, but in an exclusive conversation with The Sun, Williams said, “There’s 147 million people in Russia and I don’t want to upset them in any way and I don’t know what kind of sense of humour they’ve got. I’m not making fun of anybody but I had to take a few things out just to make it more PC — and this is the PC version you’re getting.”

Going Against the Grain

Williams told The Sun that he isn’t looking to purposefully offend, but to express how Russians “are ridiculously good partiers.” He hopes the songs will stand out from the current pop stars, stating: “There doesn’t seem to be a lot of personality out there. There should be a Liam Gallagher making music and being dangerous. Everyone seems to be politicking and sticking to scripts.”

The full music video for “Party Like a Russian” launches on William’s YouTube channel, Saturday, October 1 but you can watch it now, exclusively on his Facebook page! Get ready for ballerinas, immaculate dining halls, and stunning garden scenes! Check it out here:


The star is releasing his 11th studio album, Heavy Entertainment Show on November 4, so be sure to grab a copy. Spasiba!