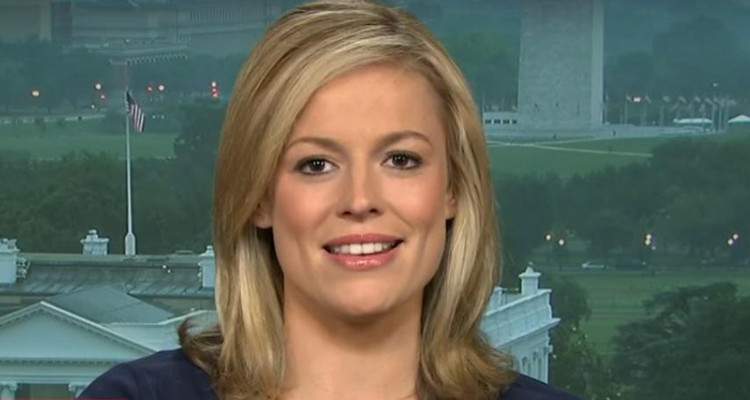 Pamela Brown is one of the recognizable faces on CNN. This reporter has all the updates of all the latest happenings in Washington D.C. It could be because she has some extensive connections to the political arena. She recently got hitched and is already back to work reporting on the ongoing Russian investigation. That’s one hard-worker! Learn more about this CNN correspondent in our Pamela Brown wiki.

She Grew Up in a Governor’s Mansion

This proud Kentucky native is the daughter of John Y. Brown Jr. and you may be familiar with the famous businessman/politician. He famously bought KFC and turned it into a multi-million dollar global restaurant chain. Aside from his business achievements, he served as Governor of Kentucky from 1970 to 1983.

Soon after Brown and the family moved into the Governor’s mansion, they discovered issues with the residence. While the mansion was being renovated, Brown moved his family to his Cave Hill estate, which became the designated temporary Governor’s residence. Pamela Ashley Brown spent a major part of her childhood on the Cave Hill estate.

Pamela’s grandfather, John Brown Sr., was elected to the U.S. House of Representatives. She has a half-brother, John Brown III, from her father’s previous marriage, who is also a politician.

She Followed in Her Mother’s Footsteps

John Brown’s second marriage was to Pamela Brown’s mother, Phyllis George, a former beauty queen who also made a name for herself as a sportscaster and businesswoman. George and Brown were married from 1979 to 1998, during which she served as the First Lady of Kentucky.

Pamela Brown’s mother was crowned Miss Texas 1970 and Miss America 1971. During her reign, she traveled to Vietnam with pageant winners from other states and participated in the UN tour for American troops there.

She was approached by CBS Sports producers after leaving the pageant world behind, and became one of the few nationally prominent female sportscasters on TV at that time. Since beginning work with CBS Sports in 1974, she covered the NFL and horse-racing events. She went on maternity leave from hosting NFL Today to give birth to Pamela.

With my beautiful mom celebrating her birthday! ??

She also had a stint as co-anchor on CBS Morning News among other talk shows. One of her most famous assignments was interviewing then-President Bill Clinton as well as former First Lady, Nancy Reagan.

Phyllis George had a few acting gigs, too. Outside of broadcast, she ventured into the food industry and cosmetics business, as well as authored a few books. Pamela has already followed in her mother’s footsteps to broadcast. Perhaps she will have her own business or books in the future, as well? However, there is no information on Pamela’s brother, Lincoln Brown.

Apparently I almost took flight during my @ac360 hit tonight! ???

After graduating from high school in Kentucky, the 33-year-old acquired her degree in broadcast journalism from University of North Carolina at Chapel Hill. There, she was active as a reporter for the university newspaper, Carolina Week. Soon after graduating, she was hired by an ABC-affiliate news station in Washington D.C.

In D.C., there was no stopping this former First Daughter of Kentucky from taking over the political reporting field. While also working on Politico’s Video Playback, she rose to prominence as CNN’s Justice and Supreme Court correspondent since joining in 2013.

She covers law enforcement in D.C. and issues related to the Department of Justice and the Supreme Court. She was on the ground reporting during the Boston marathon bombings, Cleveland kidnappings, Supreme Court same-sex marriage ruling, San Bernardino and Brussels terrorist attacks, and the Charlie Hebdo attacks. She reported from the eye of the storm during Hurricane Sandy and the 2010 East Coast blizzard.

She is committed to combating sex-trafficking and has done investigative reporting on the cause. She also presents her reports in schools and conferences to spread awareness of this rampant crisis. One of her reportages helped authorities arrest and convict a suspected child pornographer.

She Married in Her Childhood Home

Brown is “happily taken” by her own admission. Her beau, Adam Wright, is a Kansas native and former L.A. resident who now works as a Washington-based consultant at Gnosis. The Penn State graduate also served in the U.S. Navy.

They met thanks to each other’s roommates. “A mutual friend was dating his roommate at the time, and [that person] played matchmaker,” said Brown. “He and I exchanged emails for a month before he flew from California to New York to meet me for a cross-country blind date. We ended up spending the weekend together and the rest is history.”

After an 18-month-long long distance relationship, Wright moved to D.C. to be with her. They got engaged last year and married this June in her former home at Cave Hill in Kentucky. CNN personalities Jeff Zucker, Amy Entelis, Virginia Moseley, Dana Bash were at the wedding, which was a tribute to her southern roots. Bash’s boyfriend, actor Spencer Garrett, and producer, Jerry Bruckheimer were also present.

A favorite picture from my wedding weekend with my daddio ❤️ photo cred: @indrapetersons