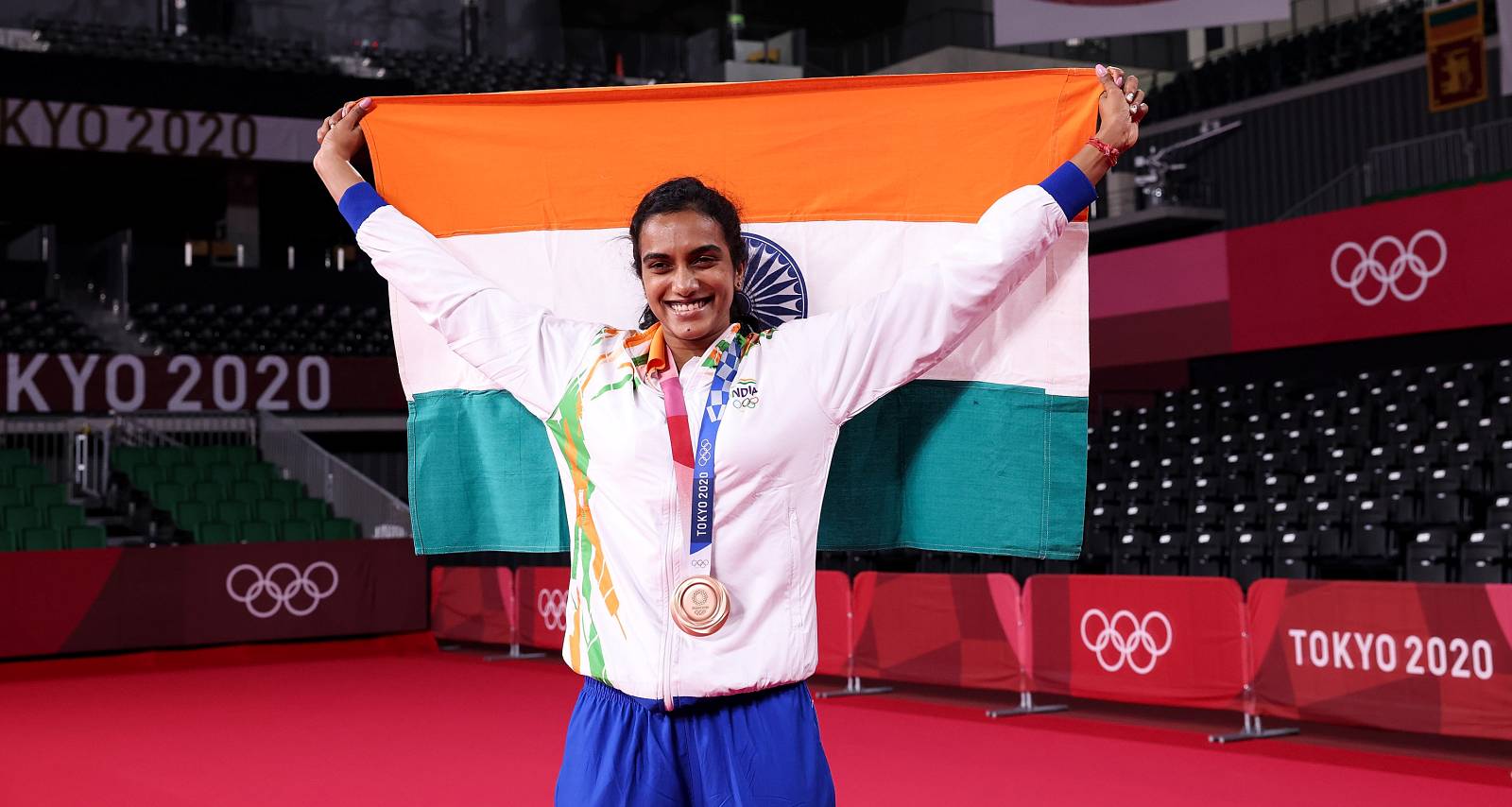 P.V. Sindhu was so ecstatic and excited when she defeated the world No. 2 badminton champion, Wang Yihan. P. V. Sindhu participated in Rio Olympics 2016 and following her win during last night’s badminton match, she will be heading straight to the semi-finals to play against Japan’s, Nozomi Okuhara.

P.V. Sindhu is of Indian nationality and her hard work and determination can be seen in the fact that she wakes up everyday at 4:30 a.m. to practice with her coach! During her training days, she used to travel 56 km just so that she could learn the sport. That’s dedication!

After her amazing and impeccable performance during last night’s match, we are sure you’re interested to know more about this champion from India. If you have questions like how tall is P. V. Sindhu or other details regarding her life, then you need to keep reading!

She was born as Pusarla Venkata Sindhu on July 5, 1995 in Hyderabad, Telangana, India. Her parents P. V. Ramana and P. Vijaya were both former professional volleyball players. Her father also won the Government of India 2000 Arjuna Award for his sport. Although her parents were professional volleyball players, Pusarla was more interested in Badminton, which is started playing at 8 years old.

She was a huge fan of Pullela Gopichand, who was the 2001 All England Open Badminton Champion. He won this tournament by defeating Chen Hong. Having inspired from his success, she started playing badminton from the age of eight.

Initially, she learned the basics of the sport under the guidance of Mehboob Ali. She used to go to the Indian Railway Institute of Signal Engineering and Telecommunications in Secunderabad. Later on, she joined Pullela Gopichand’s badminton academy. One of the sources said, “The fact that she reports on time at the coaching camps daily, travelling a distance of 56 km from her residence, is perhaps a reflection of her willingness to complete her desire to be a good badminton player with the required hard work and commitment.”

After she started training under Pullela Gopichand’s guidance, she won several titles. Gopichand was also impressed by her skills and he said, “the most striking feature in Sindhu’s game is her attitude and the never-say-die spirit.”

She has participated and won in several tournaments. She won the 5th Servo All India ranking championship in doubles for the “Under 10 Years” category, and also the singles title at the Ambuja Cement All India ranking. Pusarla won the singles title at the Sub-juniors in Pondicherry, doubles titles at the Krishna Khaitan All India Tournament, IOC All India Ranking. Additionally, She was also the winner of the under-14 team gold medal at the 51st National School Games in India.

Sindhu participated in the Rio Olympics 2016 and on Tuesday evening, she won the match against Wang Yihan. Following her win against Wang, Sindhu will directly compete in the quarter-finals. During the after-match interviews, she said, “This is also Rio Olympics, it’s a very different feeling. It’s one of the best moments. I hope there will be many more to come.” When asked about the pressure of winning a gold medal, she said, “I was just thinking about the game. If you play really well you will automatically win the game, and a medal. I’m just focused on my match and the next match, the semis (against Okuhara). I hope I can give my best.”

The 21-year-old Indian badminton champion has already won millions of heart and continues to do so with her amazing ability and gold medal performances. Sindhu has even won an Arjuna award at the age of 18, which is a very great achievement at such a young age. Keep an eye out for her in Rio as she continues to make her country proud!