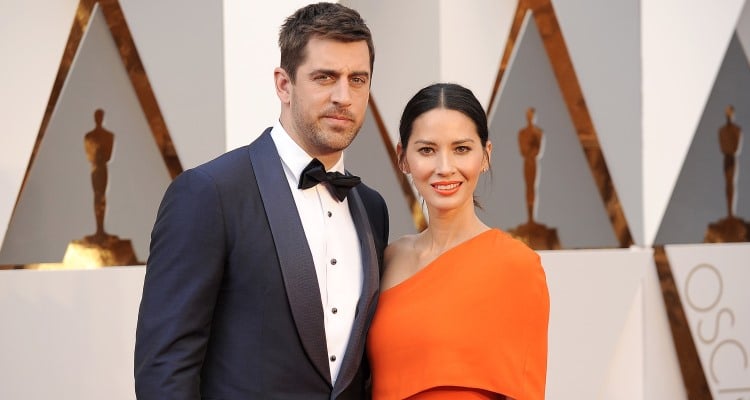 When you hear “family feud” most think of Steve Harvey, but lately the only family feud people are interested in is the one involving Olivia Munn and Aaron Rodgers. The Aaron Rodgers family fallout has fans searching for anything related to the Aaron Rodgers family, including his brother Jordan, who is currently a cast member of The Bachelorette. Olivia Munn may not be Aaron Rodgers’ wife just yet, but she’s already been placed in the middle of all this drama. So try and keep up, as we look back to find out how this all started.

Some have been blaming Munn for the family feud, leading many interested parties to Google terms like “Olivia Munn net worth, “Olivia Munn hot,” “Olivia Munn height,” and “Olivia Munn age,” in order to uncover whatever they can about the actress’ involvement. It’s been believed that the feud was intensified by Munn and Brittany Farrar’s friendship. Farrar is a personal trainer, friend to Munn, and Jordan’s ex-girlfriend. We hope we haven’t lost you yet, because there’s more to cover!

Let’s not forget that when this season of The Bachelorette premiered, Farrar took to social media (Instagram) and said in her post that Jordan was a cheater—a post that Munn publicly liked. Farrar also made accusations that Jordan’s time on the show is only a ploy to get himself more exposure in the entertainment world, so that he can be on the same level of fame as his NFL brother, Aaron. JoJo was even told that Jordan was a bad boyfriend—not something a prospective fiancée wants to hear. It seems that the relationship that Farrar has with Munn is more so the problem than just solely Munn, herself.

With the hometown dates completed this past Monday, Jordan was under some pressure to make a good impression on JoJo. But somehow Aaron’s name kept popping up in the conversation, which makes sense, because JoJo was naturally curious as to why Jordan’s older brother wasn’t present for this important moment in his life. But as fans of the hit ABC show noticed, Jordan and his family didn’t have anything nice to say about Aaron. As it turns out, it’s not just Jordan who experienced the disconnect from his brother, but the entire family, too. His parents seem to put the blame Aaron’s fame as a football player and the lifestyle that Munn’s occupation comes with.

Whenever JoJo tried to bring up the issue, Jordan was dismissive and visibly uncomfortable. He would respond to her questions with, “it’s complicated,” which might as well have been a drinking game while you watched the episode! Aaron didn’t even know that his brother was going to be on the show and the family feud has probably escalated by now, since the family publicly diminished him on national television. Aaron nor Munn have commented on the episode but you can bet that it’s more than likely still on their minds. Do you think the family feud will ever end? Don’t be shy and sound off in the comments below!