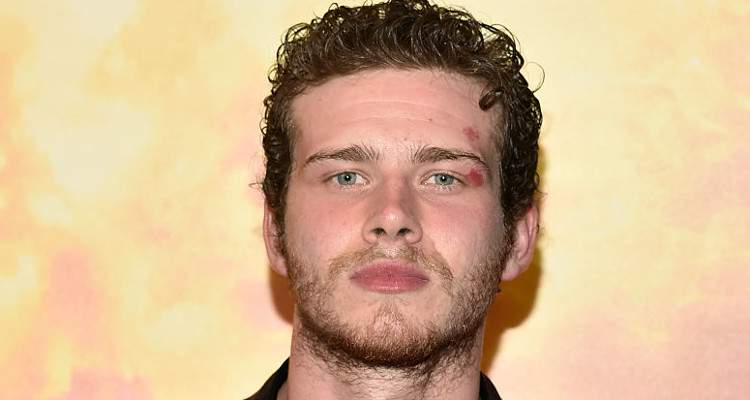 Oliver Stark’s 9-1-1 appearance has everyone wondering about the fictional firefighter. He plays Evan “Buck” Buckley, and is undoubtedly one of the hottest firefighters we have seen on TV! After seeing the premiere last night, many began to wonder about the spot on his eye. So much so, that one Twitter user even publicly asked if he had “eye herpes!” Stark laughed it off online, explaining that he’s had it from birth. But Oliver Stark’s birthmark doesn’t seem to bother anyone, with some claiming that it makes him “even hotter!”

The 26-year-old is best known for his role on Into the Badlands, where he played Ryder. He also had roles on shows like Casualty, Big Bad World, Luther, and Dracula, as well as movies like Community, The Adventurer: Curse of the Midas Box, Montana, Hard Tide, Underworld: Blood Wars, and MindGamers. Apart from his charming looks, Stark is also famous because of his birthmark.

Stark is undoubtedly a very funny guy, and had a great sense of humor when asked about his birthmark, which is right above his left eye and eyebrow. In fact, in a Twitter response, he wrote that it is “a birthmark not eye herpes,” after clearing the confusion in a 2015 tweet; “Birthmark! I most enjoyed the tweet today that asked if I had ‘eye herpes’…:)).”

Oliver Stark is gaining a lot of attention with his looks and acting. So, if you can’t get enough of the British actor and want an extra dose of his handsome face, then check out some of Oliver Stark’s pics—including some shirtless ones!

So..if I eat you… I'll never own a house, you say?… #avocadotoast

4. Some Fuel for that Hot Bod!