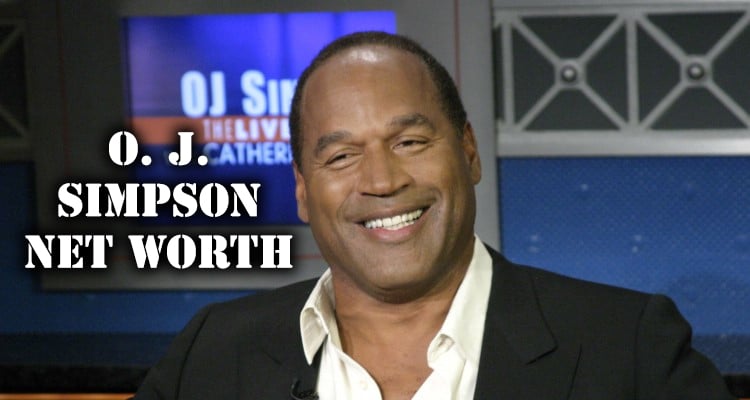 So if you’ve been wondering how rich is O. J. Simpson? Well, it’s not as much as you would think…

The O. J. Simpson children with Nicole Brown Simpson are Justin and Sydney Simpson. Even with all the publicity surrounding the Simpson family, the O. J. Simpson children have managed to stay well out of the spotlight. This may also have you wondering “where are they now?” Sydney, the eldest, currently lives in Atlanta and has managed to build a good life for herself, according to her ex-boyfriend. Alexander Lee, Sydney’s ex-boyfriend. He told Radar in 2014, “Sydney is a real good girl and she has a good head on her shoulders. She’s not lazy, she works very hard.”

O. J. Simpson has children from his first marriage as well; they include Jason, Arnelle and Aaren Simpson, who also managed to keep a low profile after the murder trial.

Aside from his pro-football career, the O. J. Simpson case and murder trial swung O. J. Simpson into the limelight as one of the “most high profile murder trials in America.” So much so, that it even spun off a televised mini-series, which the world watched weekly.

O. J. Simpson’s lawyers consisted of Robert Kardashian, Johnnie Cochran, Robert Shapiro, Alan Dershowitz, F. Lee Bailey and Barry Scheck – otherwise known as “The Dream Team.” We can all still hear the voice of Mr. Cochran saying his infamous line, “If it doesn’t fit, you must acquit” (referring to the black leather glove found at the crime scene).

As you may know, O. J. Simpson was acquitted of charges pertaining to the murder of Nicole Brown Simpson. This sent a shockwave across America as it was the first televised major murder trial to be seen.

In another O. J. Simpson case, O. J. Simpson was ordered to pay $33.0 million for the wrongful deaths of Nicole Brown Simpson and Ronald Goldman during a civil trial – to date he has only paid $500 thousand.

Prior to the murder trial, O. J. Simpson’s football career was highly successful. O. J. Simpson played for the San Francisco 49ers and the Buffalo Bills and was inducted into the hall of fame in 1985.

Other career achievements by O. J. Simpson include establishing an NFL record of 23 touchdowns in 1975 and 273 rushing yards in 1976.

After O. J. Simpson retired from the football life he took up acting and played a man framed for murder in the film, The Klansman. He could also be seen in numerous television series along with commercials and football commentary.

Prior to his 33 year jail sentence, O. J. Simpson could be see in endorsements for various products but that has since come to a halt.

The house of the murder of Nicole Brown Simpson has since been demolished by new owners. The mansion, located in Brentwood, was bulldozed down back in 1998, which didn’t seem to phase O. J. Simpson one bit. In a telephone interview with the Chicago Times, Simpson told reporters, “It’s not my house, I could care less. It’s part of my past.”

The infamous house, which boasted tennis courts, waterfalls, a swimming pool, and guest quarters, was inhabited by O. J. Simpson for 20 years. He paid a cool $650 thousand for at the time.

It seems even though so much time has passed since the murder trial, America can’t stop talking about O. J. Simpson. It will be interesting to see if interest sparks again when it comes closer to his possible parole hearing! Stay tuned!