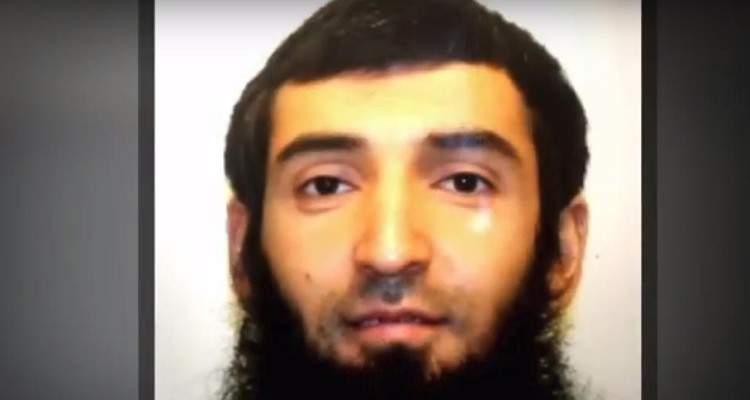 It has been confirmed that eight people have been killed and at least 11 were left injured on Tuesday afternoon, when a man driving a Home Depot rental truck rammed into people on a pedestrian and bike lane in Lower Manhattan. The suspect who was driving the truck has been arrested and his name is Sayfullo Saipov. If you want to know more about the NYC attack suspect, then have a look at our Sayfullo Saipov wiki.

On Tuesday afternoon, the residents of New York City encountered yet another shockingly familiar scenario, when a vehicle was used to kill people. At around 3:00 p.m., a man named Sayfullo Saipov drove a rented truck and knocked down several people before ramming into a school bus at Chambers Street.

After exiting the vehicle, some people claim that Saipov shouted, “Allahu Akbar.” This led the authorities to believe that it was a terror attack.

Reportedly, Saipov had a paintball gun in one hand and a pellet gun in the other. And after he got out the vehicle, Saipov looked confused and began running in different directions before the authorities shot him in the abdomen. He was arrested and taken to the hospital to have surgery.

The doctors have successfully performed Saipov’s surgery. And now, the authorities are waiting for him to wake up so that they can start with their interrogation.

I PRAY for the families of the 8 fatalities that took place ????????Footage from earlier #sayfullosaipov Smashed into this school bus ( Just the thing to keep us aware that things like this are just the tip of the iceberg)= #canhappenanywhere #atanytime #stayvigilant

As per sources, handwritten notes that pledged his allegiance to ISIS and an ISIS flag were discovered in his truck. Right now, it is not confirmed whether the suspect has any ties with ISIS.

Reportedly, eight people have died, and at least 15 others are injured.

“Every time he came here he was always erratic or arguing with the cashiers,” the manager told the New York Post. “He would get angry very fast…. he would break the cans, dumb things.”

She said that he was rude towards the cashiers and added, “I feel like he was prejudice to the cashiers — whether they were covered or not in a hijab — he would belittle them. He was talking good English, proper, but he would call the cashiers dumb, uneducated — how they didn’t know how to scan the items.”

The manager also said that Saipov would argue about the price of the ginger ale he wanted to buy at the store.

The suspect , Sayfullo saipov , being taken in after mowing down 15 people in Battery Park #sayfullosaipov# batteryparkterroristattack#terrorisim

The suspect Sayfullo Habibullaevic Saipov is 29 years old and is a green card holder. Sayfullo Saipov’s nationality is Uzbek, and he reportedly he came to the United States in 2010.

Some sources claim that even though Saipov has a Florida license, there’s a good chance that he was living in New Jersey. There are varying accounts of his residence.

Uber stated that the NYC attack suspect, Sayfullo Saipov, was an Uber driver and was hired after he cleared their background check. In the past, Saipov worked as a commercial truck driver.

The “ride-hailing” mobile app service company also reported that they did not come across any safety concerns related to the suspect. But, Uber has now banned Saipov from driving for them.

Saipov came to the United States legally according to sources. He became a permanent resident of the country in 2010 when he arrived in U.S. with a green card under the Diversity Visa Program.

When one of Saipov’s friends heard the news, he was surprised. Kobiljon Matkarov explained that he met Saipov in Florida five years ago and they became good friends.

Matkarov said, “He is very good guy, he is very friendly… he is like little brother… he look at me like big brother.”

Matkarov further added that Saipov had “been working for Uber and living in New Jersey as recently as this summer.” He also said that “he was generally a happy-go-lucky person who loved America.”

As per the documents, he got married in April 2013 when he was 25 years old and his wife, Nozima Odilova, was 19. The license states his birthplace as Tashkent, Uzbekistan and his occupation as a truck driver.

Reportedly Saipov has two kids with his wife.

Terrorist #SayfulloSaipov who killed 8 people in #LowerManhattan, lived in #NJ and worked for #Uber. The #HomeDepot truck used in the #attack was rented today in #Passaic.

Reports further state that a person named Sayfullo Saipov is listed as an agent for Sayf Motors Inc., which is a trucking firm in Ohio.

In 2013, another trucking business called Bright Auto LLC was reportedly registered by him. And, it is still operative today.

Sayfullo Saipov’s Encounter with the Law

According to reports, Saipov was stopped by the authorities for several offenses in different states.

In 2012, cops in Pennsylvania stopped Saipov because he was driving with a commercial license and his vehicle was not serviced. Then Saipov was stopped again in Pennsylvania in 2015. He gave them a Paterson, New Jersey address, as well as an Ohio address.

Then in October 2016, Saipov was pulled over in St. Charles County, Missouri, because he broke a traffic rule. But Saipov gave the authorities his Florida address this time and was a no-show for his court date in November. So, a warrant was issued for his arrest and Saipov paid a $200 bond to avoid incarceration.

It is a very terrible time for the family of the innocent victims. Hopefully, Sayfullo Saipov will be questioned very soon and reveal the motive of the attack.

Many people took to social media and have condemned the horrible attack where several innocent people lost their lives. And, President Donald Trump also took to Twitter to express his opinion on the situation.