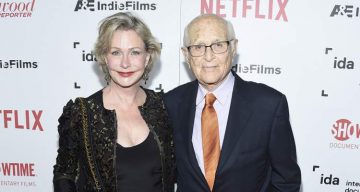 Legendary television writer and producer Norman Lear was named as one of the recipients of The Kennedy Center Honors. The 95-year-old legendary producer has been a political activist for a long time, and this interest is shared by his wife, Lyn Lear. Keep reading to know more about Norman Lear’s wife, right here in our Lyn Lear wiki.

Norman Lear is the man behind the hit ‘70s show, All in the Family, which dramatically impacted American television. The comedy left viewers laughing, but the show had a message that was politically-driven at its core.

Lyn Lear, Norman Lear’s wife, shares his love for political activism. Together, the couple are considered to be one of Hollywood’s most prominent change makers. Here are some details on Lyn Lear’s life and work.

Love of the Arts and Environment

Born in 1947 in California, Lyn Lear’s age is 70. She is involved with various organizations that support the performing arts, and is the president of Lyn Lear Productions, an organization that produces documentaries aimed at bringing awareness to climate change.

In 2014, Lear released her documentary, Cesar’s Last Fast, along with What’s Possible and A World of Solutions. It was considered a landmark year for her. The Sundance Film Festival screened Cesar’s Last Fast, which was also nominated for the Grand Jury Prize. What’s Possible was the opening film at the UN Climate Summit in September 2014, while A World of Solutions screened at the UN Summit in Lima, Peru in December 2014.

Lyn Lear worked with Hollywood’s elite, including Morgan Freeman and Hans Zimmerman. She is also on the board of the Sundance Institute, which promotes independent film and theater artists.

She is currently working with director Louie Schwartzberg on a documentary, Fantastic Fungi, which showcases the role of mushrooms and how they can be used to the reverse changes to the environment.

It's not all doomsday revelations in the news. Here are 7 ways you can positively impact climate change right now.https://t.co/4t1DPcASDi

Her Marriage to Norman Lear

Lyn Lear has been married to Norman Lear since 1987. Her husband was previously married to Charlotte Lear and Frances Lear.

Norman and Lyn Lear have three children together. Their son, Benjamin Lear, was born in 1988, and they have twin daughters, Madelaine and Brianna Lear, born via surrogacy in 1994. Together, the couple made a remarkable difference in bringing attention to environmental issues, and won many awards for their efforts.

In 1989, the Lears founded the Environmental Media Association (EMA) with Alan and Cindy Horn. The association also has an annual awards show that nominates films and television shows that promote the environment. At this year’s bash, stars like Natalie Portman, Emmanuelle Chriqui, and Jaden Smith, among others, came together to support the cause.

Let's start the week with some #mondaymotivation from three of our #emaawards Honorees. We will have videos of all speeches soon! What's motivating you to be green today? #natalieportman#quote#russellsimmons#sustainability#ecofriendly#greenliving#motivation#vegan#animalrights#trees

This year was another great year for the Lear family. Lyn Lear was at her husband’s side as he a recipient at The Kennedy Center Honors.

Man with the hat — luckiest guy in America. #KCHonors

Norman Lear’s appearance at the gala did not come without controversy. The longtime producer reportedly planned to boycott the ceremony if President Trump attended. Since the President stayed away to avoid “political distractions,” it seems like Lear had the last say in the matter.